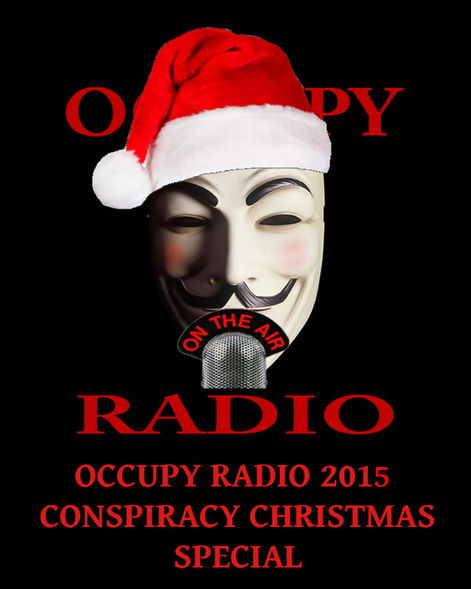 Four years and plenty more where this came from, it’s the 2015 Christmas Conspiracy show, on Occupy Radio.


1-Intro: Why conspiracy theories / history of conspiracies for Christmas

Memory hole blog takes us behind the scenes

Probably the most stupidly entertaining conspiracy theory of 2015.

Large scale military training exercise which took place across a majority of the southern states. The residents of Texas were whipped up into a frenzy of paranoid outrage over the planned “Invasion of Texas.”

Huge offshore missile launch seen widely across the southwest United States. Due to the nature of the launch, there was no advance warning to Los Angeles at large. The missile launch filled the sky during rush hour, and was seen by thousands, if not millions of people.

Here’s the most popular youtube video of the event:

News reports on Friday, November 6th reported that the ocean off the coast near LAX had been closed by the military.

About a week later, a similar missile profile appeared over Russia. Are we witnessing superpowers trying to one-up each other with secret missile launches? The missile test was seen dramatically as far north as San Francisco, over 400 miles away. 5-Satanic Video: creepy video with layers of coded messages. If you listen to this clip, will you be stalked by scary, Japanese horror movie kids? Should you watch the video? The choice is yours. We make no claims for your safety, or peril.

Prepare to creep-out your eyes and ears with this video.

Here’s an analysis video of WTF is going on.

6-Sy Hersh: Obama and the Official account of the killing of Osama bin Laden

The official coming out of the Obama administration differs significantly from Seymour Hersh’s investigative piece. Maybe Seal Team Six wasn’t quite as heroic. Maybe the CIA wasn’t all that slick. Maybe, putting a $25 million bounty on Osama, was the real key.