This silent, German film shows fighting on the Western Front in World War 1 and contains material shot between 1916-1918. The film was released in the late 1930s as part of the remilitarization of Germany, in hopes of glorifying the nation's military legacy in the World War. Although they did not achieve a victory in the war, this film essentially shows a victory in battle, with German troops advancing across No Man's Land. Those who saw it may have been either encouraged or discouraged by the contents but of course as we all know, the tactics of World War II were much different than the trench warfare of WWI.    It begins with images of Deutsches Heer infantry on the march (:27), supported by horse drawn wagons. At :46, wagons move past the camera carrying heavy machineguns. At 2:00, German troops rest by the side of a road. At 2:23, ruined buildings are visible in the background as troops and wagons snake up a road on the move to the front.  At 3:11, the front line is shown with troops moving out across no man's land under a hail of artillery. At 3:45, German artillery fires at French lines.  These are probably howitzers. At 4:09 lighter field artillery is fired. At 4:17, German infantry fire rifles from a strong point as enemy troops make an offensive move. At 4:30 a heavy machine gun, probably a Maxim  Maschinengewehr 08 or MG 8.  At 4:48, in an especially graphic sequence, German troops with assault packs fire at incoming infantry who are trapped by barbed wire and mowed down. At 4:58, German troops leave a dugout and trench behind, and climb over barbed wire into no man's land. At 5:29, a soldier cuts through barbed wire while at 6:10 another throws a grenade in preparation for the order to advance. At 6:33, a telegraph or telephone wire is moved through the trenches.   At 6:37 a report is given over the field telephone. At 6:44, artillery shells are fired as fast as they can be loaded during a massive offensive. At 6:50 a huge explosion. At 6:52, a large artillery weapon similar to a Big Bertha gun is seen in action. At 7:02, the gun crew can be seen wearing masks against chemical weapons then in use. At 7:28, a 24cm Paris-Geschutz (Paris Gun), which was a long-range super heavy railway gun, is seen in action. At 8:00, large explosions. At 8:02, troops emerge from a dugout and run up a trench line and then into the open at 8;15. At 8:22, a machine gun is shown in action. At 8:26, a massive explosion raises earth skyward. At 8:32, troops rush across no man's land past a gigantic shell hole. At 8:40, a wounded or deceased soldier rolls into a shell hole, his body completely limp. At 8:49, troops climb the side of a huge shell hole, their bodies dwarfed by the size of the hole. A column of smoke rises in front of them. At 8:55 the assault continues. At 9:14 what appears to be gas, probably mustard, is released by shell bursts. At 9:29, fountains of fire spew from flamethrowers. At 9:55, German troops rush across open ground as shell fire and gas plumes are everywhere. At 10:37, thick smoke spreads across the battlefield, possibly mustard or chlorine gas. At 10:39 a tank marked "Erni", is shown. Probably a British Mark IV but possibly captured by the Germans? At 10:50, a German machine gun crew abandons its position and moves. At 11:23, a flamethrower is used to root out the enemy. At 11:50 German troops continue to advance through terrain. At 12:20, what appear to be captured French forces including black soldiers from Africa parade past the camera. At 12:50 some hide their faces in shame by holding their helmets low.   We encourage viewers to add comments and, especially, to provide additional information about our videos by adding a comment!  See something interesting?  Tell people what it is and what they can see by writing something for example: "01:00:12:00 -- President Roosevelt is seen meeting with Winston Churchill at the Quebec Conference."  This film is part of the Periscope Film LLC archive, one of the largest historic military, transportation, and aviation stock footage collections in the USA. Entirely film backed, this material is available for licensing in 24p HD, 2k and 4k. For more information visit http://www.PeriscopeFilm.com 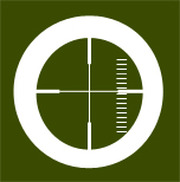 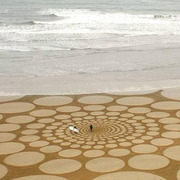