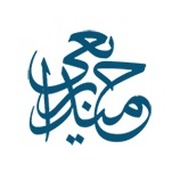 The need to review all the headlines of the Times on Saturday, January 3, 2009 Given that the core nature of digital currencies, which is cryptography, can provide us with new clues about Satoshi Nakamoto and his goals in launching blockchain and bitcoin Of course, if only Satoshi Nakamoto meant “ Chancellor on brink of second bailout for banks “, there would be no need to mention the date and name of the Times in the Chinese blockchain in the Bitcoin blockchain, while both the date and the...
Topics: satushi nakamoto, times, bitcoin, blockchain

The prayers of Sha’baniya were published with the handwriting attributed to Imam Hussein (as) One of the rituals of the month of Sha’ban is to recite the prayers of Sha’ban Ibn Khalawiyyah has narrated that these prayers of Amir al-Mu’minin and the Imams are from his children (peace be upon them) who recited them in the month of Sha’ban. The Central Library of Astan Quds Razavi has published the text of these prayers with the handwriting attributed to Imam Hussein at the same time as...
Topics: imam hussein, hamid rabei, revival, handwriting, monajat shabanieh, astanquds razavi

English Translation of Quran Written in Innovative Font Published , A special innovative font, in which all letters of the alphabet have been designed within a written form of the Arabic word for God, has been used in writing the translation. Hence, the word Allah has been repeated in the book more than 673,200 times. Translations of the Holy Book in Italian, French, German, Portuguese and other European languages written in this font are also going to be published. The English version has been...
Topics: english quran, quranium, allah, astan quds razavi, hamid rabei