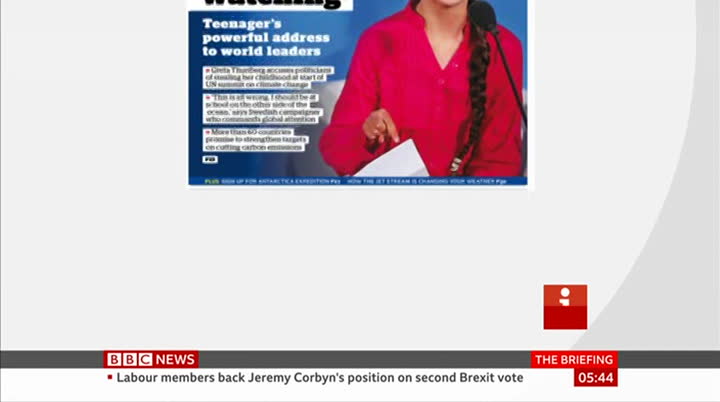 now onto the ft, and lloyd's of london has revealed that almost 500 people at the insurance market say they have witnessed sexual harassment, underlining the challenge it faces in fixing a culture that has come under fire. and finally the bbc online, has this report by top psychologists that says health professionals should be trained to talk about weight loss in a more supportive way. it calls for changes in language to reduce stigma, such as saying "a person with obesity" rather than an "obese person". so let's begin with. with me is inga beale, from london first, a not—for—profit group made up of business leaders from across the city, who is an insurance expert. interesting you are here with us
5:46 am 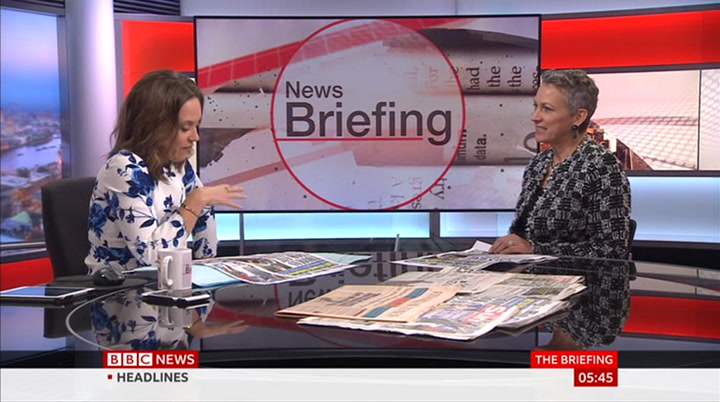 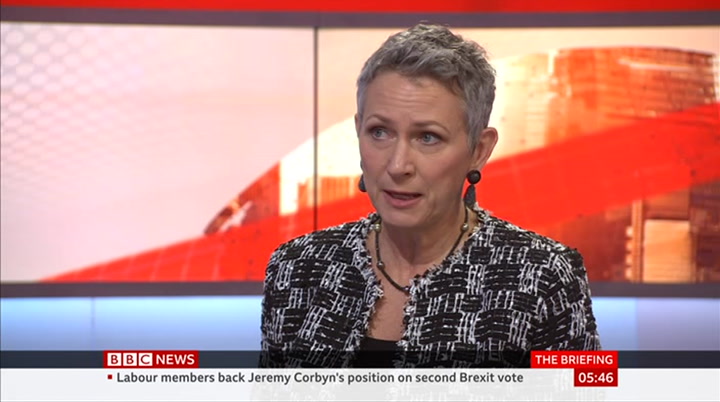 and make sure your governance is good. what i sense has happened here is that perhaps they didn't do enough forward planning when they looked at the business, they should have been looking at all the trends in the market, thought about what the competitors are doing, what technology is doing, how people are buying differently, well, there was an enormous change in the travel industry. it was classic. a bit like other high street are having to react and some of them are doing better than others. with thomas cook, customers demand travel bosses return bonuses. it is not as that. i've worked in financial services for nearly 40 years and in financial services, highly regulated, people can claw back bonuses so even once you've left your employment, if it's found some years later that you might not have done the right thing,
5:48 am 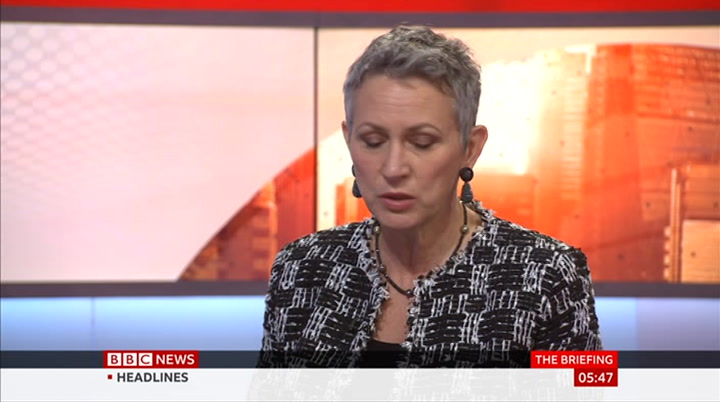 and there are good grounds, they can clawback your bonuses which i think is something worth thinking about when people and perhaps a good year have made a lot of money and are found to have done something perhaps even negligent. meanwhile, other countries like british airways, tui, easyj et, countries like british airways, tui, easyjet, flights went up as people desperately sought alternatives. but this is kind of how it goes. as awful as these headlines are, it raises the question of our financial markets operate and how capitalism operates. our business opportunities, businesses and they wa nt opportunities, businesses and they want make the most of it. but it again, what's right for people in society at large. making the most out of people's misfortune, it
5:49 am 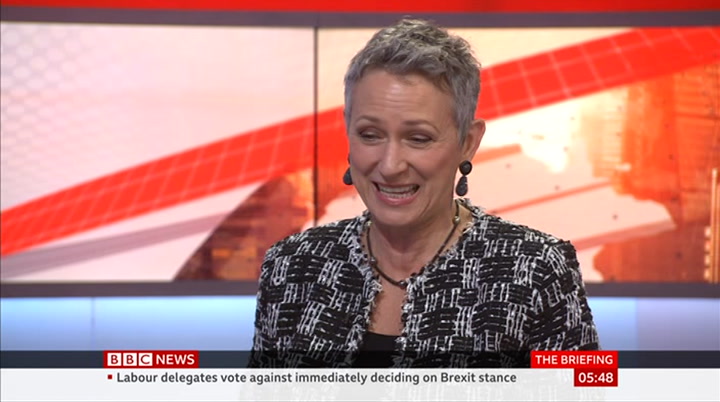 doesn't really feel like the best thing you can do. to ingratiate yourself to the public. the headline says it all. dayflight robbery. let's move on to the i because when you are running lloyd's of london and the impact it's having, climate change, globally is huge, it impacted your business, you and i would discuss it regularly and you said it was a terrible year. greta thunberg delivered parts of the speech, unbelievably powerful, emotive, raw. she said again and again, how dare you as world leaders continue to look away? play with our futures. one of the comments from the current secretary general was that the world has finally woken up.
5:50 am 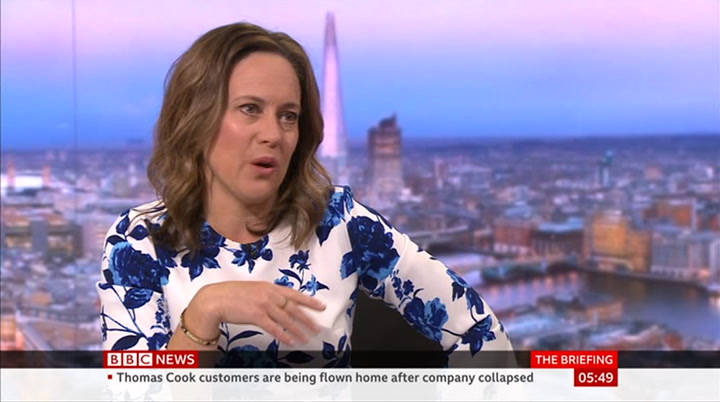 and you're thinking gosh, has taken this long for the world to wake up. we have been talking about this for yea rs. we we have been talking about this for years. we have. young people speaking out, thank goodness for them. i'm really pleased that they are speaking out and i hope people will take this seriously but also remember than key moon come the previous secretary general of the un. -- ban ki-moon, and it was a bit sad to hear him say this, he said until this climate change impacts some of the individuals themselves, their businesses, their own homes, they are not going to change anything. this is the issue because as our correspondent neda tawfik said, china and the us haven't made any commitments, the two biggest
5:51 am 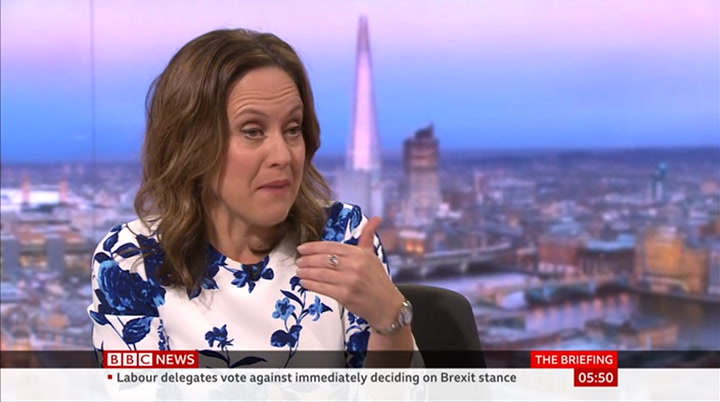 economies, so what hope have we got? but there always has to be hope. many countries are putting on policies and changes. but when you haven't got the two biggest economies on board, you kind of wonder. everybody can do something. how cani wonder. everybody can do something. how can i make an impact? every single one of us can do something and collect ably, it will make some sort of difference and as business leaders, we all need to be waking up to the fact that how can we make a business is sustainable in this climate crisis we are in and people are got to adapt their business and invest differently. some of this will take time. billions needs to be invested in a green finance world. i've got to talk to about lloyd's of london. i talked tojohn neal last week, the current chief executive who took over from you. about this
5:52 am 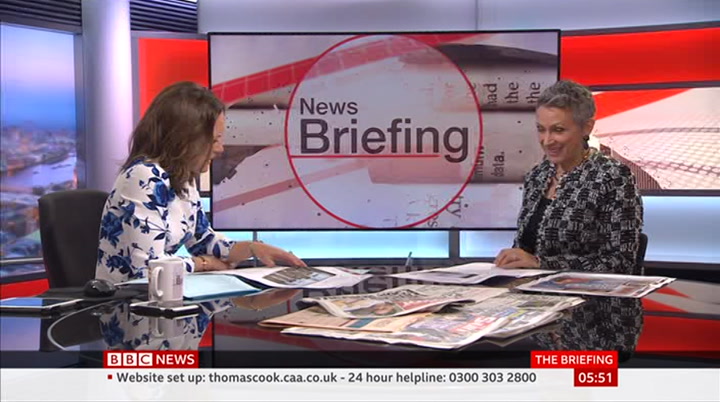 problem, this culture. this is on your watch. you were there for five yea rs, your watch. you were there for five years, what do you make of this?” know, and during the time, we had to do something about the work base environment. this week, national inclusion week, we got the festival fire diversity and inclusion going on. it is being taken seriously. this is demonstrating a lack of frustration. we introduced a code of conduct, and appropriate behaviour pledge in the insurance market. hundreds of ceos signed up to it. it's a bit like climate change. you think, i was the chief executive for five years, that was historic. the
5:53 am 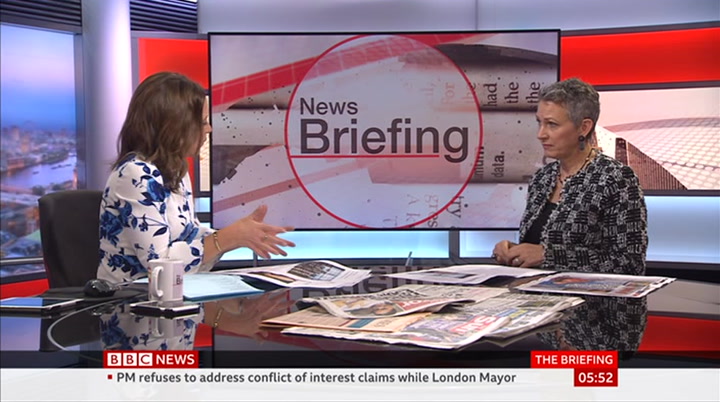 first woman to be the ceo of lloyd's of london. i am not disappointed? i am absolutely disappointed but it goes to show that change a culture thatis goes to show that change a culture that is hundreds of years old doesn't happen overnight. there is progress. i know from many of the people i speak to, there is a lot of progress. we are celebrating inclusive workplaces like we've never done before and there are lots of people committed to it but it's got to be all the way through. again, every single one of us can call out inappropriate behaviour. this is what this report is about from the british psychological society, the way we talk about obesity, the way we talk about
5:54 am 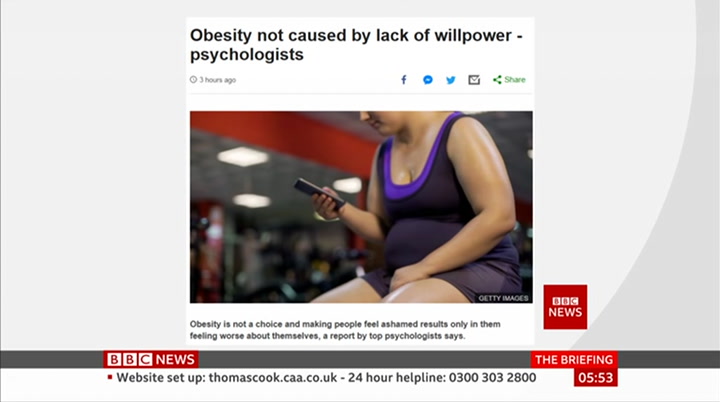 people who have this problem, this issue, that needs to be called out. ican issue, that needs to be called out. i can talk about my own personal experience were times when my weight has fluctuated enormously. it's all down to work, stress, coming into play. it's also about availability for fast food. i was pretty shocked the other day when i heard a summary about the cheapest foods available of the most unhealthy ones. we got to do something about that as well. thank you so much for being on the briefing, it's been great to talk to about these stories and i want to thank you for all your comments. some of you have been honest about the challenges you faced with this issue.
5:55 am 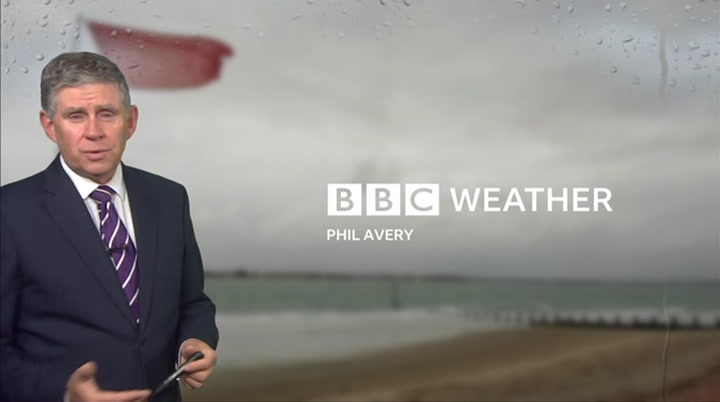 hello once again. whilst some spots, particularly across northern and eastern britain, started monday decently enough, well, eventually weather fronts piled in from the atlantic. here we are on tuesday. you get the sense we may well be in for something of a repeat performance. in fact, tuesday could be one of the wettest and windiest days that many areas will have seen for quite some time. in the first part of the day, it's the southern half of britain that's likely to see the very worst of the conditions on offer. as i take you on through the morning and on into the afternoon, you'll notice that some of those really dark blues and greens gradually work their way ever further towards the north, and it will be a fairly slow process as well. that's why we think some spots widely could see 30—40mm of rain, others could get up to 70mm millimetres of rain. some of the gusts, 40mph, possibly even 50mph in exposed locations. just to give you a sense of the spread of those gusts, even into the north of scotland, where you don't see the very worst of the rain, it will be a windy day. and then late on, we may welljust ramp up some rain and some stronger winds yet again. initially into the south—west,
5:56 am 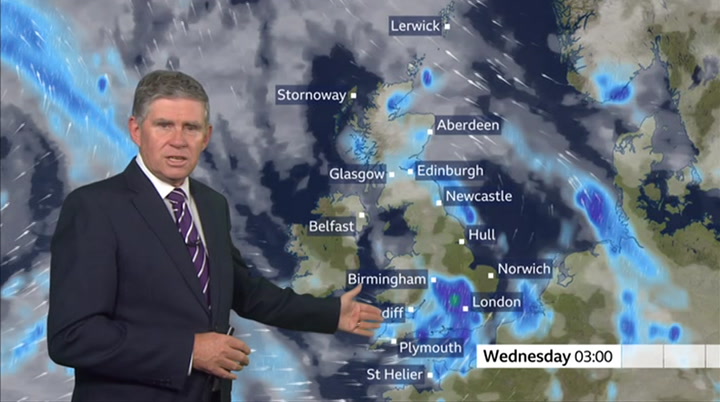 but then widely across the southern counties of both england and wales on what is not going to be a particularly cold night given the amount of cloud around on the strength of the wind as well, primarily coming in for the west and south—west. here we are on wednesday, and once that side of the feature has worked its way off to the near continent, actually wednesday is going to be one of the quieter days of the week. once that wind and rain has cleared away from east anglia and the south—east, then there is a fair amount of dry weather around. yes, there will be a spotting of showers in the heart of scotland, not so much wind. you may feel like standing around that day, but probably not on tuesday. here we are on thursday. a new set of weather fronts working in from the atlantic. if you've seen the forecast in recent days, these forecasts have sped up, it looks like they would hang around for the first part of friday. bar the north—eastern quarter of scotland, it looks as though eventually they clear the eastern shores of the british isles, leaving behind a drier prospect, albiet fairly late in the day for some. and then we mayjust gang up those
5:57 am 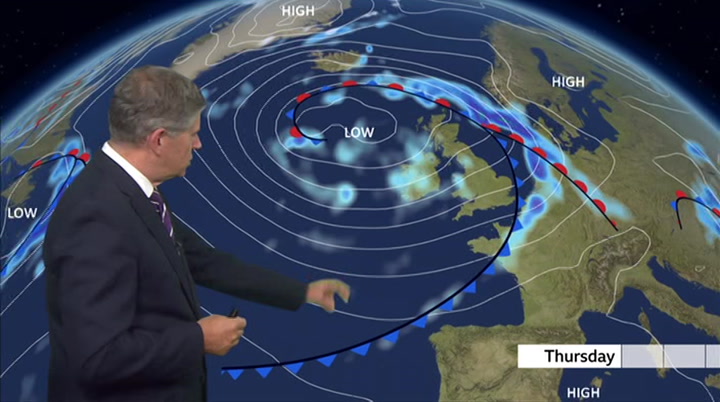 of those showers in western areas to give the odd longer spell of rain. and all the while, the wind quite a significant factor on the day on friday. so essentially, it's a day of sunny spells and some showers. but, as i say, some of those showers ganging together on many fronts to give some longer spells of rain. and again, we're darkening up some of these blues so i would be not at all surprised if you heard the odd rumble of thunder in the heaviest of those downpours. the top temperature on the day of about 18.
5:58 am 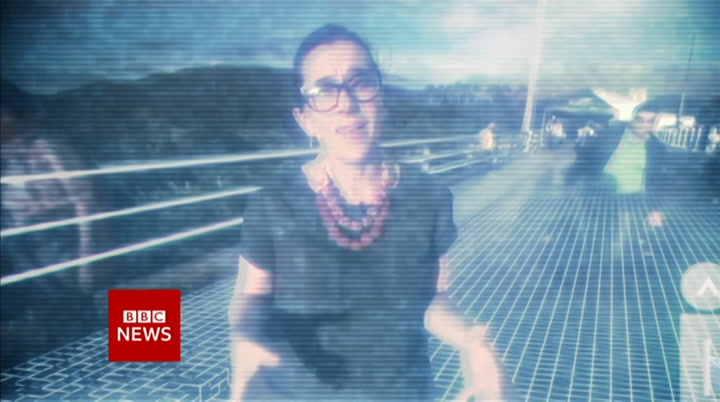 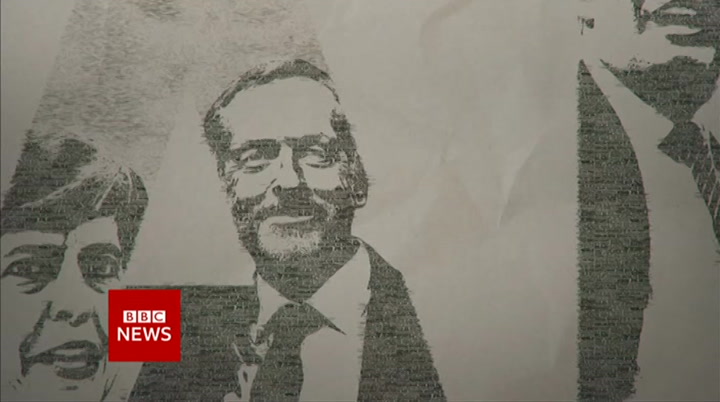 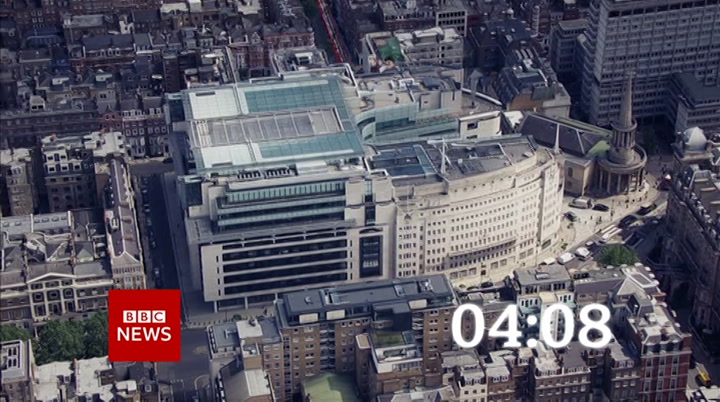 good morning. welcome to breakfast with charlie stayt and louise minchin. 0ur headlines today: thousands more thomas cook customers are being flown home amid questions over multimillion—pound salaries for company bosses. nearly 10,000 uk staff who worked for thomas cook will lose theirjobs. we'll hear their stories. iam i am genuinely truly gutted for my collea g u es i am genuinely truly gutted for my colleagues and all the passengers that we carried. decision day at the supreme court: and in spot we will hear from the
6:01 am

The latest news, business and sport from BBC News, plus your need-to-know guide to the big stories coming up today.