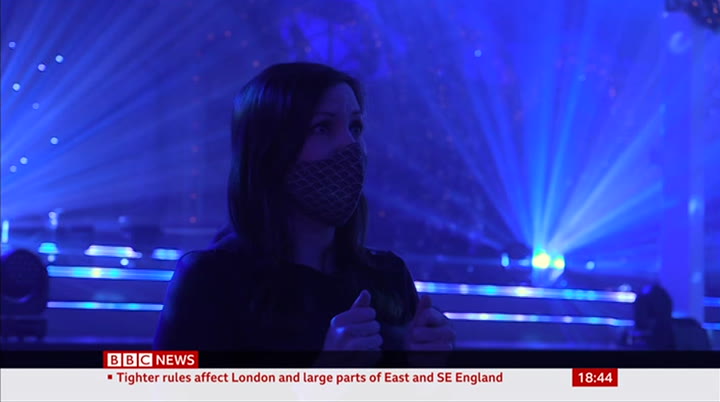 sa nta cla us village. i'm anthony, the busy elf. santa claus is an international tourism centre in the middle of his hometown. we have normally half more than half a million visitors a year. they are coming from more than 100 countries. christmas time is the busiest time in our village, and we will receive during the busiest days more than 5000 people, and now we will receive a maximum one third of that amount. finland has imposed strict measures on incoming visitors, effectively closing the forwarders for taurus. it means almost all the visitors this year are from finland. santa receives half a million letters each year from children around the world ——
6:47 pm 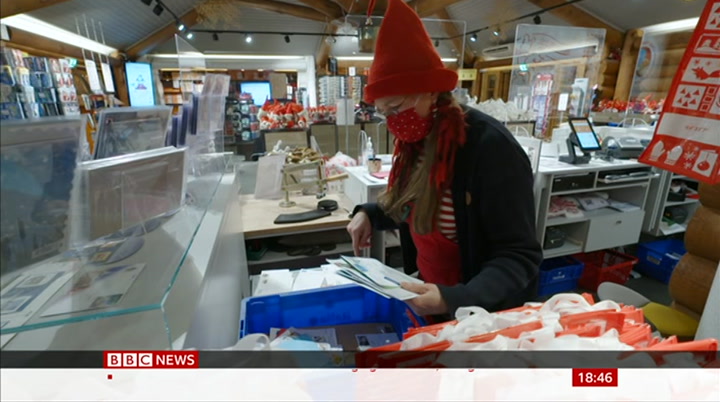 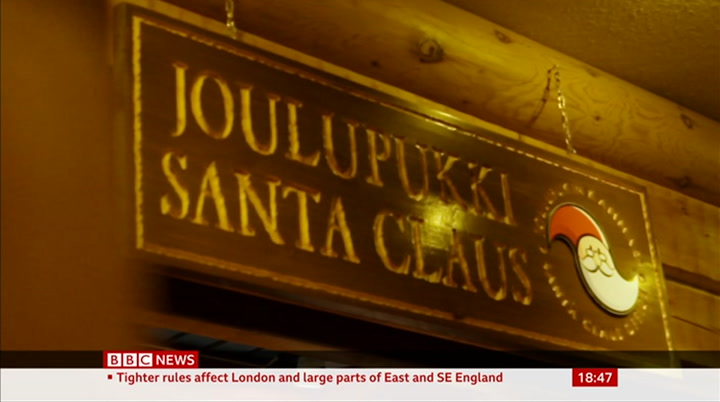 sends those. although it's them. of course, the real magic happens and santa's office. children traditionally meet sanna and real off there weed wish list for presence. “— off there weed wish list for presence. —— there wish list. santa is now open to anyone, like me. hello, krista. hello santa. tell me about your year. of course it's difficult because we are doing it like this. but this is the new way to do things and everybody should think about this way to do it, because you have to be close with people and at the moment, it's not the normal way. so this is a very good way to do it. have you noticed any difference in the kind of gifts
6:49 pm 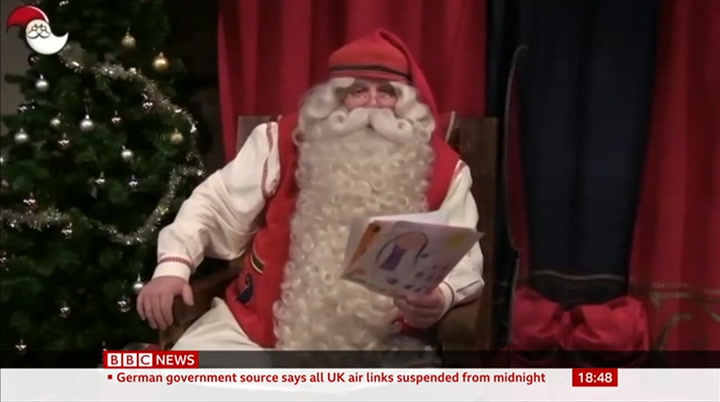 desperate to see their partners. tens of thousands of people have rallied together to share tips and advice as well as their own sweet su ccesses . advice as well as their own sweet successes. we've met one of them. ryan ended up making up the longest layover in his life when he was different to say see his partner alayna in america. the only way he could get there was to fly to croatia and spend two weeks in quarantine before heading first to istanbul and finally us. all i was saying all year was this news. just bombarded. lockdowns getting worse, cases are rising. when i started to see other people, real human beings in the same situation, tackling the same challenges in being able to ask
6:51 pm

them love is not tourism is a grassroots global movement dedicated to reuniting binational couples and families who have been separated by travel bans and border closures, shutting down of visa processes due to the pandemic. it was very meaningful to meet people, even just online, and hear their stories, also to hear our successes and to collaborate. i wake up in the morning and then i'm like, let's do it! let'sjust commit, let's go for it. so friday morning, book a flight to croatia, booked two weeks' airbnb. saturday, i'm in croatia. flight attendant: on behalf of the captain and the entire crew, i'd like to welcome you to zagreb. i'm too deep, i'm too committed to this! i'm either going to go all the way and get there
6:52 pm 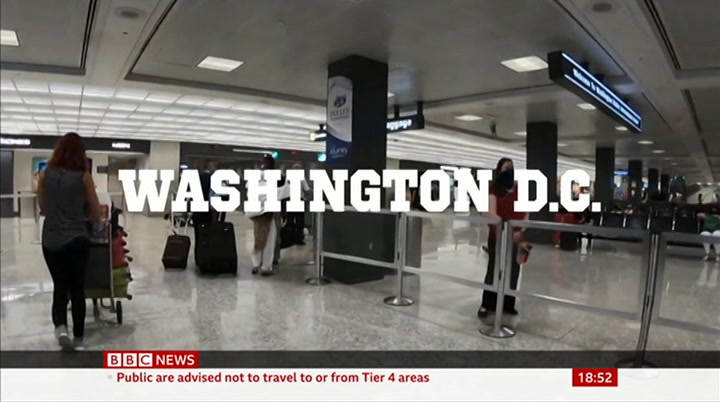 or it's not going to work. only the night before i actually flew to turkey did i then check on the website just one last time. i didn't get much sleep that night because i'm like, everything's running through my head of everything that could go wrong. but when the actual day came, it was just like a regular travel day. and once i finally got in, it was just like, finally! finally! it's all come, i've completed it. and felt like a good accomplishment, a lot of stress was relieved from my shoulders. when i got to america, it was just relief. it was just relief that it's done. she's coming here tomorrow for a month, which is amazing. and i can't wait! can't wait! she just has to still quarantine in england, as is the current rules, which is a bit nicer for her, no loneliness in croatia for her. but, yeah, i'm excited.
6:53 pm 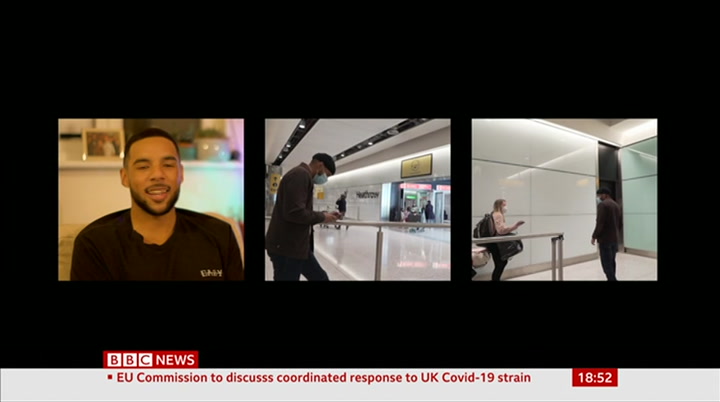 it should be a fun christmas because of it, so... hey, travel show. we're currently at home quarantining and getting ready for christmas. it's been a crazy year but we managed to make it work. we're getting engaged and now spending christmas and new year's together. so from the both of us, merry christmas. that's all we have time for on this week's programme, butjoin us next time when andy's taking a look back at the year that was 2020. a disastrous year for anyone who loves to travel, but among all the gloom, some moments of inspiration that give us hope for the months to come. laughs. i can't do it! until then, if you'd like to check out the longer version of the programme, you'll find us on bbc iplayer. we're also on social media in all the usual the places. now, from me christa larwood and the rest of the travel show
6:54 pm 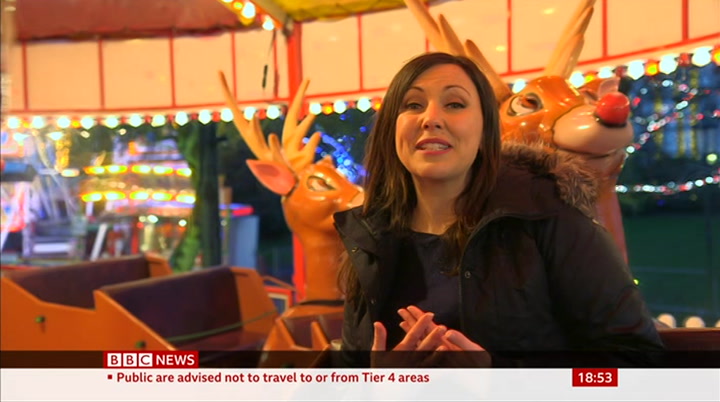 team here in norfolk, take care and see you in 2021. hello there. it's been another day of sunshine and showers, some of those downpours pretty intense. this weather watchers picture shows a looming thundercloud over the skies of hanley in stoke—on—trent. here, on the underside of the cloud. always a tell—tale sign of a hefty downpour imminently arriving. now, to the south—west of the uk, we've got our next area of cloud that is waiting in the wings. another area of low pressure that will be bringing rain our way. now, for this evening and overnight, there will be showers for northern ireland and scotland, the winds staying pretty gusty here. the winds will strengthen later in the night as our next area of low pressure spreads cloud and rain across wales, the midlands, east anglia and southern england. it will turn increasingly mild through the night across the south—west. temperatures about 11 by the end of the night in plymouth, and nine in cardiff. here's that area of
6:55 pm 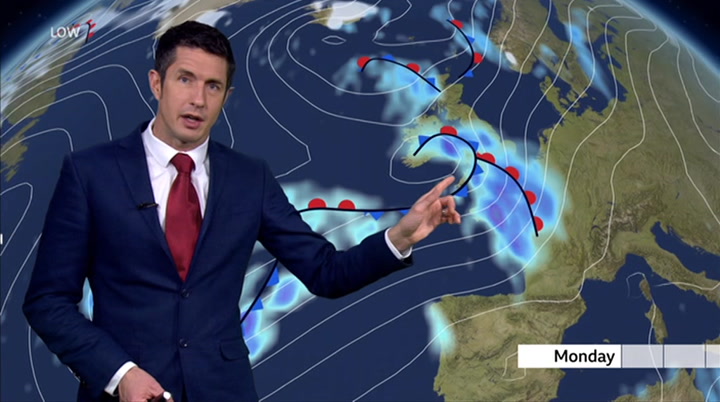 low pressure, then. it's going to be a wet start to the new working week on monday. with that rain, we've also got south—westerly winds. the air coming from a long way south—west, bringing very mild conditions across parts of england — and parts of wales, too. it might be mild but it's also going to be pretty wet. with that rain slowly pushing eastwards, brighter skies gradually arriving from the west later in the day. we'll also see some rain at times moving into scotland. now, england and wales mild, temperatures reaching a high of 15 celsius towards london, but it's actually going to be a slightly colder day for the far north of england, for northern ireland and for scotland. temperatures around 6—7 degrees through the afternoon. now, tuesday and wednesday sees the next area of low pressure slide across particularly england and wales, bringing rain. this is the last low pressure before christmas. now, for tuesday, the rain is going to be mostly focused in the south of wales, southern areas of england, turning heavier in the south—west. sunshine for many, but there will be some showers across northern areas of scotland. it's not out of the question that we could see a little bit
6:56 pm 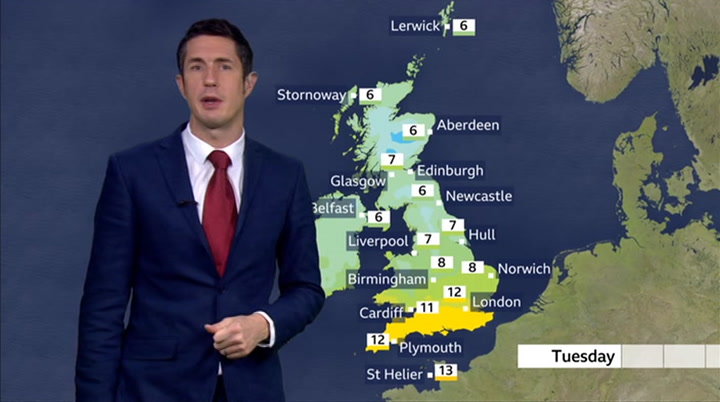 of wintriness across the higher ground, the mild air still hanging on across the far south. rain more extensive on wednesday. probably quite murky for a time over the hills, with hill fog patches — wales, midlands, northern england, too. sunshine for scotland and northern ireland, but we will probably see some snow showers pushing in to northern areas of scotland as we go through wednesday, particularly over the higher ground. that colder air is going to be pushing southwards. through christmas eve and christmas day, we'll see some pretty widespread frost. a lot of dry weather with sunshine, but there will be some showers working down the north sea coast. that's your weather.
6:57 pm 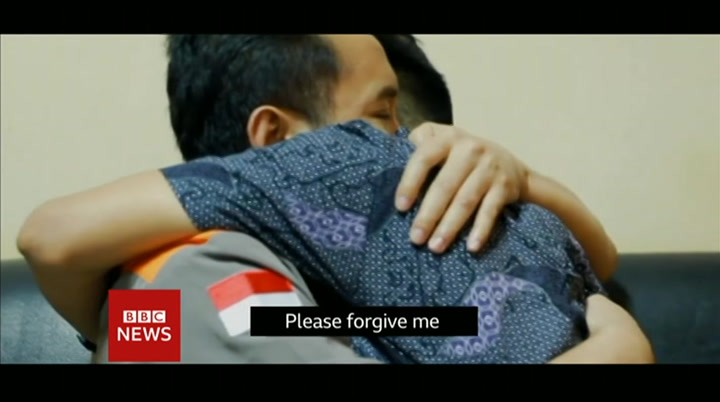 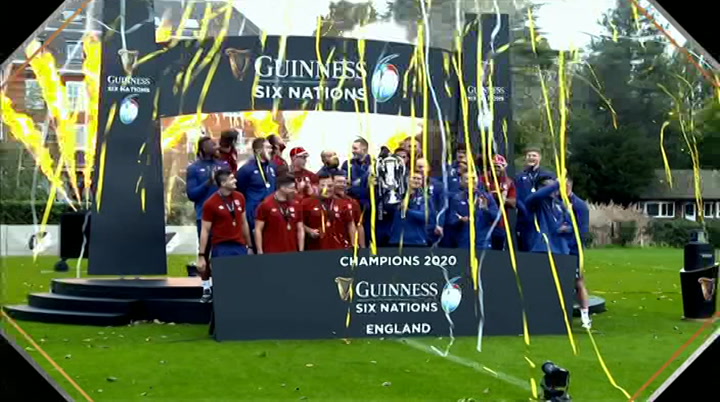 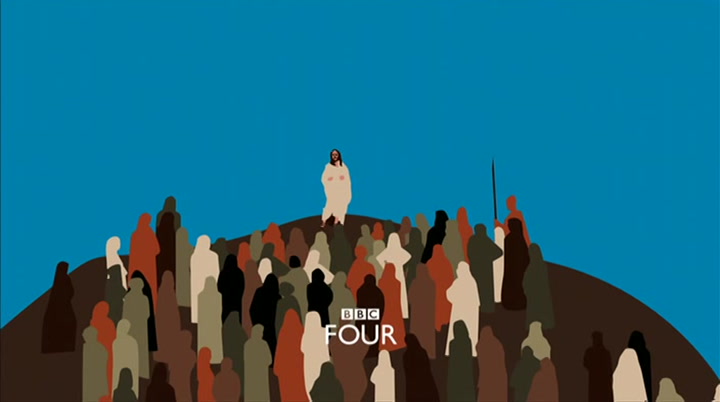 this is bbc news. the headlines at seven: millions of people in england and wales are told to stay at home on the first day of tough, new coronavirus restrictions, as action is taken on a new variant of the virus. the new variant is out of control and we need to bring it under control, and this news about the new variant has been an incredibly difficult end to, frankly, an awful year. the health secretary labels crowded scenes at london stations last night as ‘irresponsible' — the transport secretary says extra police officers will be deployed to enforce the rules. france and germany become the latest countries to ban travel between the uk — as european officials prepare to discuss a coordinated travel response tomorrow morning. long waits for some shoppers — as only essential retail can be open
left
right
Borrow Program
tv

Join the team on their journey of discovery as they explore destinations around the globe.