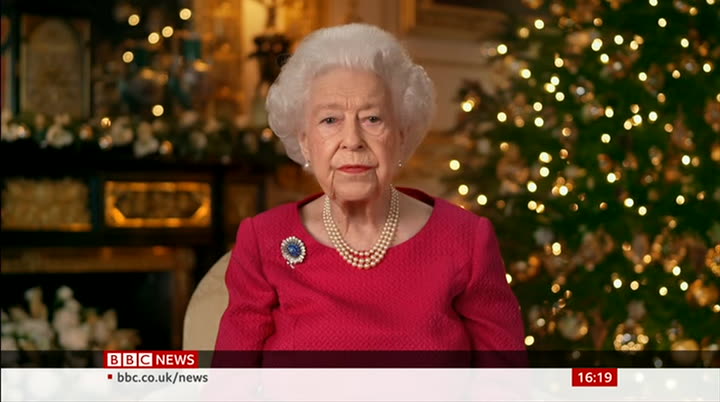 prince philip was always mindful of this sense of passing the baton — that's why he created the duke of edinburgh's award, which offers young people throughout the commonwealth and beyond the chance of exploration and adventure. it remains an astonishing success, grounded in his faith in the future. he was also an early champion of taking seriously our stewardship of the environment, and i am proud beyond words that his pioneering work has been taken on and magnified by our eldest son charles and his elder son william, admirably supported by camilla and catherine, most recently at the cop climate change summit in glasgow.
4:21 pm 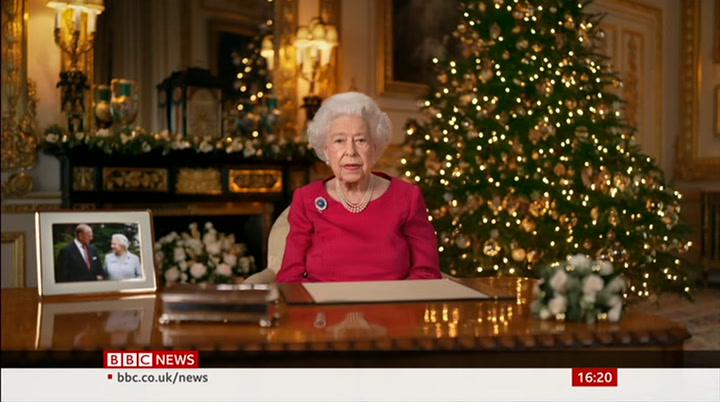 next summer, we look forward to the commonwealth games. the baton is currently travelling the length and breadth of the commonwealth, heading towards birmingham — a beacon of hope on its journey. it will be a chance to celebrate the achievements of athletes and the coming together of like—minded nations. and february, just six weeks from now, will see the start of my platinum jubilee year, which i hope will be an opportunity for people everywhere to enjoy a sense of togetherness, a chance to give thanks for the enormous changes of the last 70 years — social, scientific and cultural — and also to look ahead with confidence. i'm sure someone somewhere today will remark that christmas is a time for children.
4:22 pm 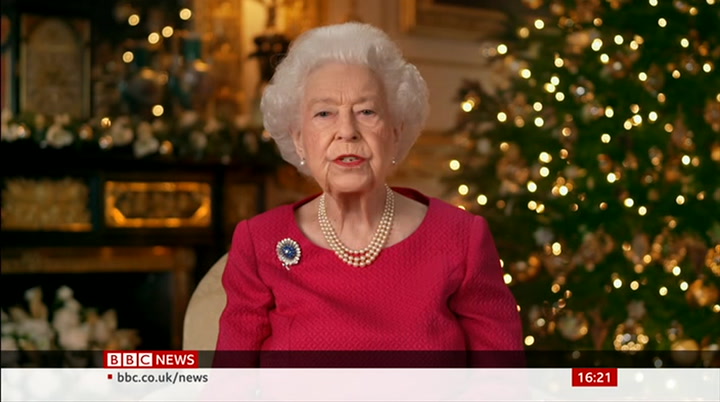 it's an engaging truth but only half the story. perhaps it's truer to say that christmas can speak to the child within us all. adults, when weighed down with worries, sometimes fail to see the joy in simple things, where children do not, and for me and my family, even with one familiar laugh missing this year, there will be joy in christmas, as we have a chance to reminisce and see anew the wonder of the festive season through the eyes of our young children, of whom we were delighted to welcome four more this year. they teach us all a lesson, just as the christmas story does, that in the birth of a child, there is a new dawn with endless potential. it is this simplicity of the christmas story that makes it so universally appealing.
4:23 pm 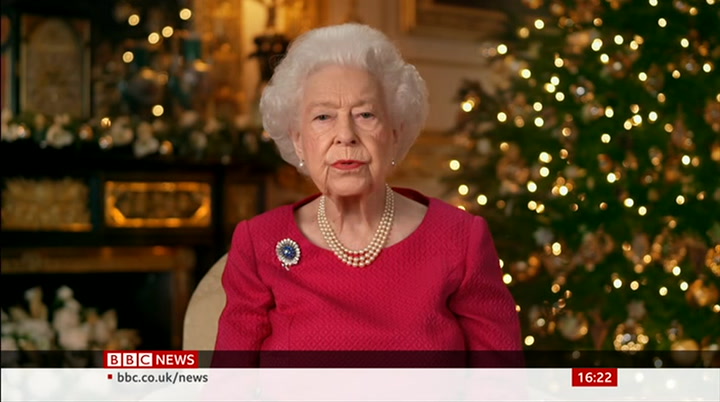 simple happenings that form the starting point of the life ofjesus, a man whose teachings have been handed down from generation to generation and have been the bedrock of my faith. his birth marked a new beginning. as the carol says, "the hopes and fears of all the years are met in thee tonight." i wish you all a very happy christmas. # 0 little town of bethlehem. # how still we see thee lie. # above thy deep and dreamless sleep. # the silent stars go by. # yet in thy dark streets shineth. # the everlasting light.
4:24 pm

# the hopes and fears of all the years. # are met in thee tonight. # for christ is born of mary. # and gathered all above. # while mortals sleep. # the angels keep. # their watch of wond'ring love. # 0 morning stars together. # proclaim thy holy birth. # and praises sing to god the king. # and peace to men on earth. # 0 little town of bethlehem.
4:25 pm 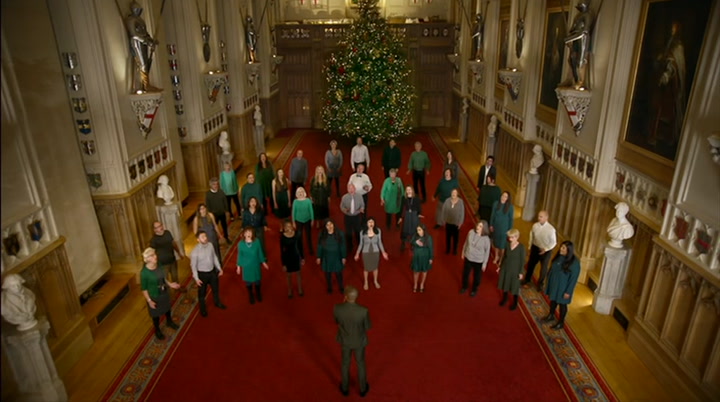 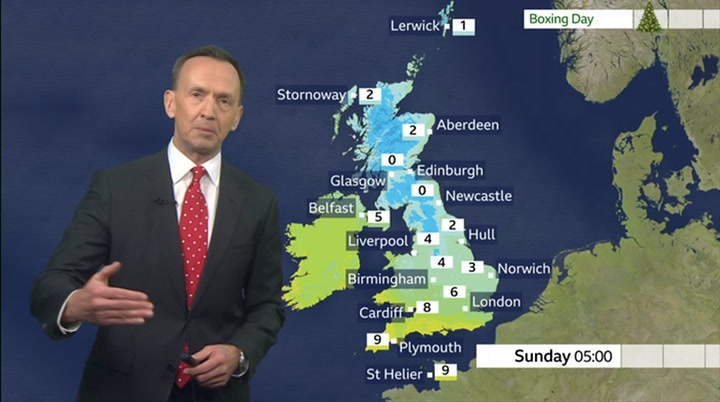 of rain moving through northeast was. showers behind. not as windy to the south—west but this brisk south—easterly wind will still make it feel chilly in scotland and north—east thing then. elsewhere, not quite as cold. a few sunny spells arriving into wales and south—west england in the afternoon. as we get into the evening, a lot of cloud and share our around. —— showers. the chance of hill not in scotland. some fog forming into monday morning. a grey day for a of the uk. outbreaks of rain in south wales and southern england. a touch milder. especially in england and wales, also for northern ireland. that is a trend that continues as we go through the end of the year. we are going to see several areas of low pressure coming our way. drier, brighter moments in between. all the while with these areas of low pressure, we will be pumping mild, even very mild air, northwards
4:28 pm

across the uk. temperatures in south—east thing and for a time may be approaching 17 celsius. all areas are going to turn much milder. wet at times. mild weather continuing into the start of the new year.
4:29 pm 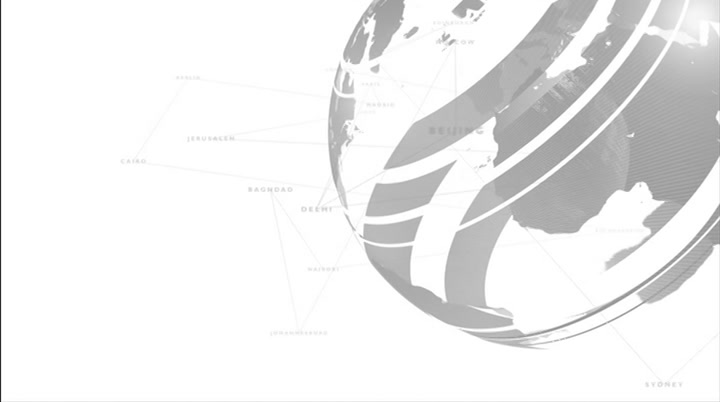 this is bbc news, the headlines... queen elizabeth speaks about her personal grief over the death of her husband prince philip in her christmas day message, saying there was "one familiar laugh missing" amid the continuing impact of the coronavirus pandemic. in his christmas message pope francis highlighted the tragedies in yemen and syria which he said are being
4:30 pm

passed over in silence. and lift off. the world's most powerful telescope has blasted into space, soon to offer unprecedented images of the universe. christmas day boosterjabs in england — thousands of people are expected to be vaccinated today as the race to fight the surging omricon variant continues. and tributes are paid to the former england and yorkshire captain ray illingworth who has died at the age of 89. now on bbc news, review 2021, the royal year. our royal correspondent sarah campbell reflects on the death of prince philip as she looks back on 12 months of the most significant events for the royal family.
left
right
Borrow Program
tv