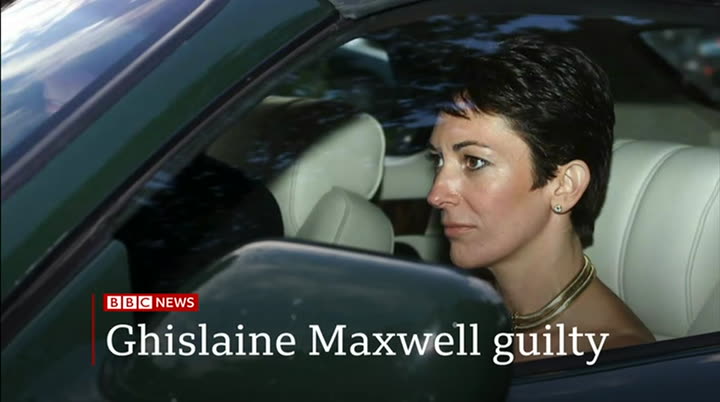 a long prison sentence, after being found guilty of five counts of grooming and trafficking teenage girls for abuse. maxwell procured the girls for the financier and convicted sex offenderjeffrey epstein — she faces the rest of her life behind bars. lawyers for some of the women abused by the convicted sex offender, jeffrey epstein, have welcomed the conviction. europe looks to build its defences against a new wave of covid infections, as the number of cases continues to surge. in the uk — northern ireland and wales are cutting the isolation period for people with covid from ten days to seven, bringing them into line with england. the change will take effect tomorrow. and afghanistan's former president defends his decision to flee the countryjust before the taliban take—over, saying he did it to prevent the destruction of kabul.
4:31 pm 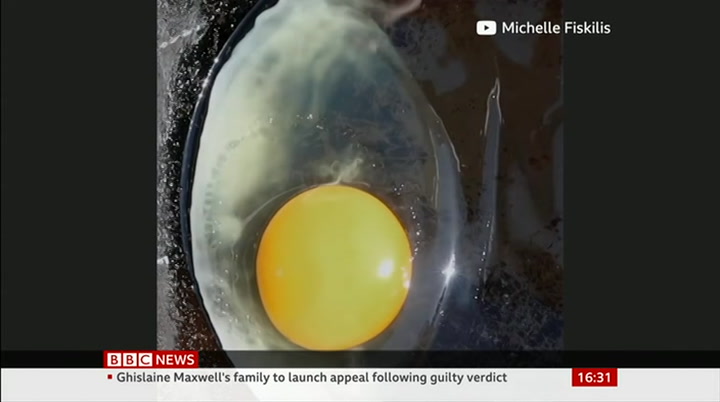 now on bbc news, it's time foryourworld: life at 50 degrees centigrade. in episode four, we see how lives have been dramatically altered in mexico and australia by global warming. surface temperatures at the moment, somewhere between 87 and 95 degrees. so many people don't think that climate change is real.
4:32 pm 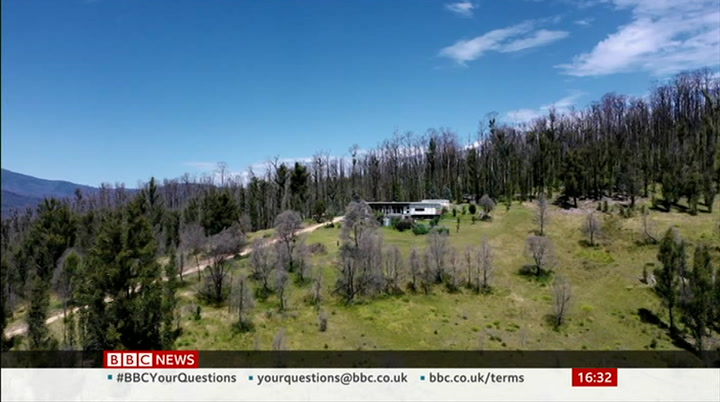 itjust was extremely hot, and everyone was starting to get worried, day by day, until it happened. temperatures will climb well into the 40s, making conditions even worse on our fire grounds. the footage that i took of the fire was shot on the gopro that i had actually got for christmas five days before the event. it was on a very hot day to begin with, so that made the fire, i think, a lot more aggressive. in the afternoon, i got the first
4:33 pm 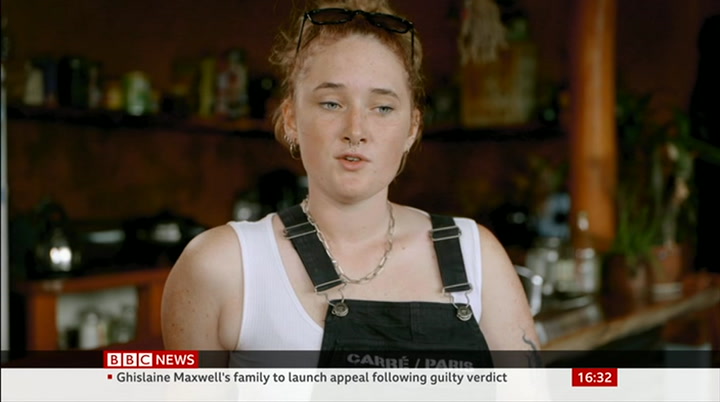 glimpse of the fire coming over one of the mountains in front of us. it's so much smokier over there. it then started behind our house and i wasjust standing up there, thinking, "bleep, this is happening. "need to get off the roof now and start fighting." whoa, kangaroo! ok, it's coming this way! should i get the other pump going? what? what should i do? the fire was just too intense and out of my control. dad! and if india had been in earshot at the time, i was wanting her to get into that fire shelter and just give up. it's over. we've done the best we can. oh, no!
4:34 pm 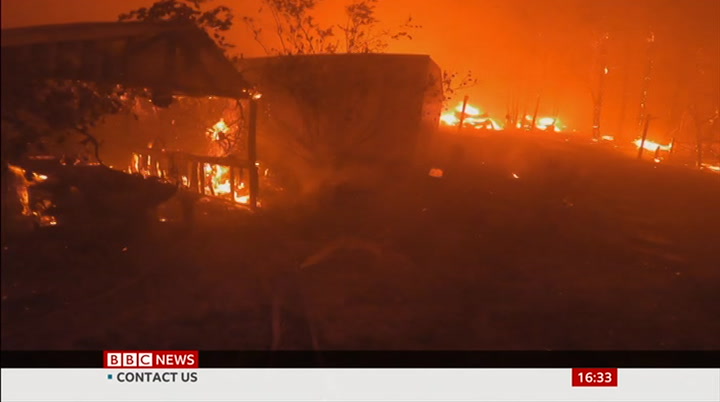 no, no, no! it did get really intense and i thought we were going to lose the house. erm...but itjust calmed down for a second and the fire kept going up the mountain. oh, yeah. it has completely and utterly changed the landscape here for the rest of my life, if not forever. as far as any of the tall trees, mostly all of them have been wiped out.
4:35 pm 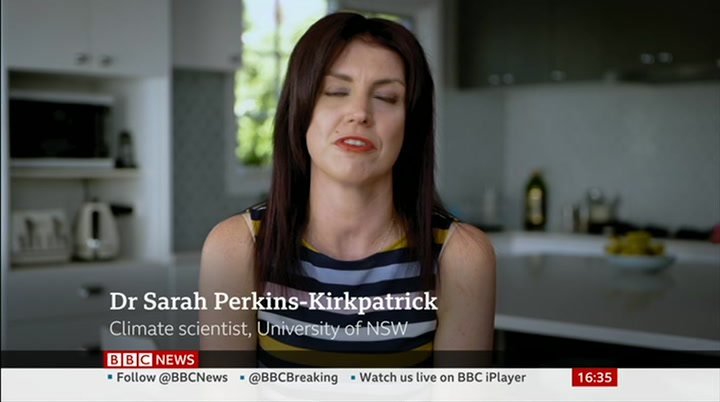 we're right still in the middle of this heatwave, so as we head into the christmas period... that is what happens when you wake at 5:30am! so, there's very strong evidence — irrefutable evidence, in fact — that the climate of australia has changed, especially over the last 50 to 70 years. i specialise in heatwaves, so, i study how heatwaves have changed over time and what's causing those changes. i have a two—year—old and a four—year—old daughter. it really bothers me that the world that they're experiencing now is a lot different to my childhood. i've experienced days of 45 and 47 degrees celsius,
4:36 pm 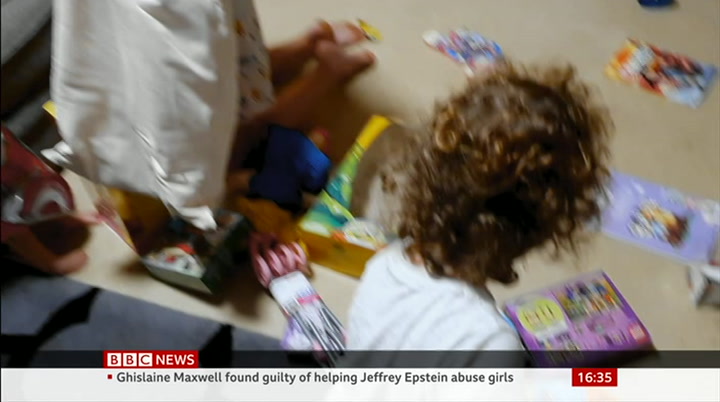 and that was appalling. it was atrocious. you couldn't do anything. the only way we could stay cool in western sydney was to have the air con running all day, and that was a really hard thing for me to do. during my first pregnancy, it was so hot that i actually struggled to go and put the washing on the line. while i was literally about to bring this child into the world, i was thinking, what will the summers be like for her in the future? it was the hottest day ever recorded in the sydney basin. incredibly, the mercury rising to almost 49 degrees. because population increase in sydney is continuing, it's spreading out west. the australian dream, where you had your half acre or acre block and your own house — this australian dream could become, basically, australia's nightmare.
4:37 pm 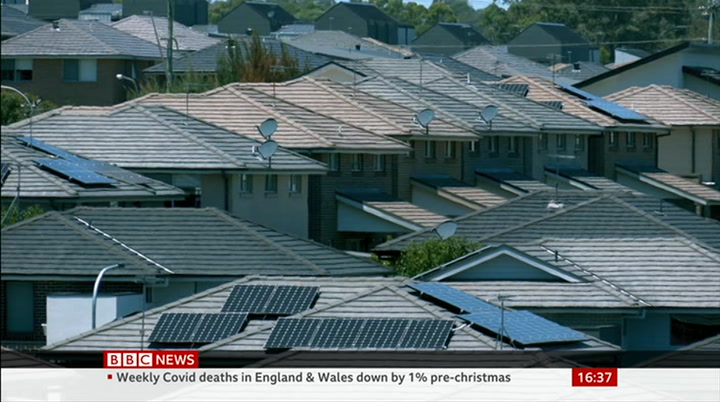 you need a car to actually get from your house to work, because we are also not providing work where you live, you have to commute. also, there are no shops. people living indoors and you don't see anyone outside, i don't see any kids playing outside. they even put black roofs on top of these houses and then they built them so close together that you have no more space left to actually put trees in, which is crazy when you think of the next 20 or 30 years when we know it is getting hotter out there. in australia, we're producing our energy to a large proportion by burning fossilfuels, meaning we're producing more co2 by having all these air—conditioning units running high, flat—out. but there could be simple changes made, and these changes relate to materials. one of the projects where
4:38 pm 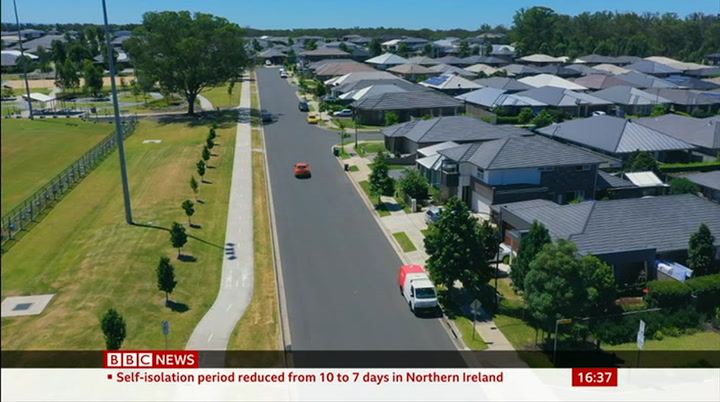 we are demonstrating change is the cool roads trail. let's take the heat—stress trackers and put them out in this cool street, and we'll collect some measurements on this stinking hot day. this yellow concrete is only at about 60 degrees, so nearly 10 degrees cooler than the asphaltjust out on the road, which is 70—72 degrees. it's quite interesting. they removed all the bitumen and you can see the different surface materials bringing in the verges, planting more trees, so i think it's a great idea. beyond 42 degrees, mortality increases substantially. this is what climate change looks like, ladies and gentlemen. in november 2018, up to one—third of the entire australian spectacled flying fox population just died in a matter of two days.
4:39 pm

in two hot afternoons. just like that. so, over the last few years, we've begun installing sprinklers in flying fox camps in the hope that they can prevent some of the worst of the mortality. the international report has australia last when it comes to policies that protect the climate, trailing countries like russia, iran and china. if he said we were doing better than anyone else, he must have looked at the table upside down. our goal is to reach net zero emissions as soon as possible, and preferably by 2050.
4:40 pm 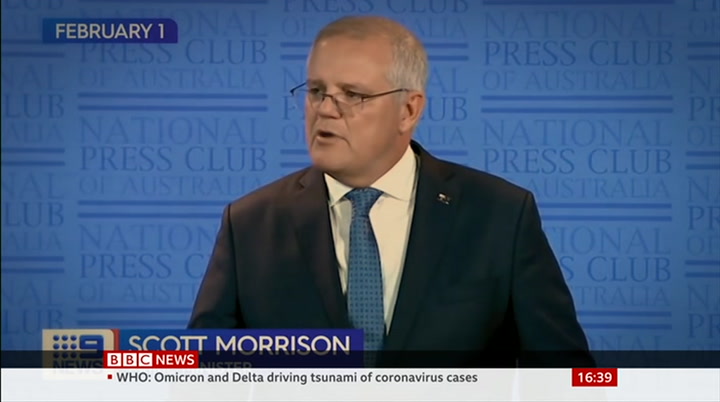 we're not going to reduce our emissions to 2 degrees warming by the end of this century. i know that we're probably going to reach 3 or 4 degrees, and i know what that means for how many more heatwaves we're going to see and how much hotter those heatwaves will be. sweetheart, you're meant to be unpacking, not packing! as a scientist, i know how bad the future looks. i understand that, i comprehend all that, that's what i do for a living. but as a mum, as a person, i guess, as a human being, i really struggle with just how bad those impacts will be. i'm worried for my future. i'm worried that this house won't be here in another five years,
4:41 pm 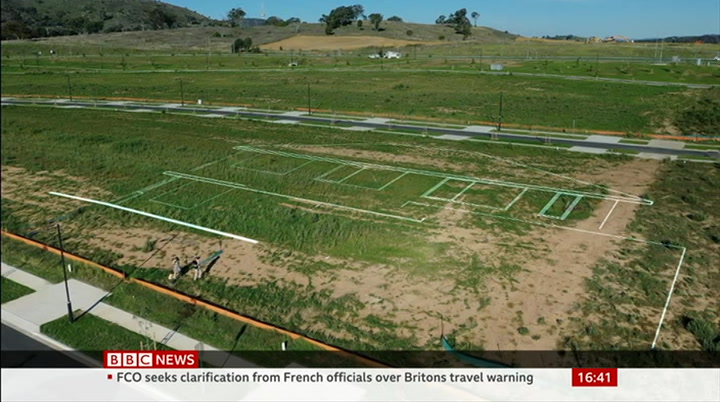 and i'm worried that no—one really cares enough to do anything. so, what plants do you think we should plant in our back yard in our new house? strawberries. you want strawberries? the brand—new house is going to be awesome. we're going to make it energy efficient and we're going to have lots of solar panels and a white roof and lots of insulation and it's going to be oriented the right way, and we'll have an electric car, when we can buy it. i know we've caused some problems, and i know we also hold the key to the solutions. what else do you like to eat that you think we can grow in our yard? how about some apples? ooh, mummy likes apples!
4:42 pm 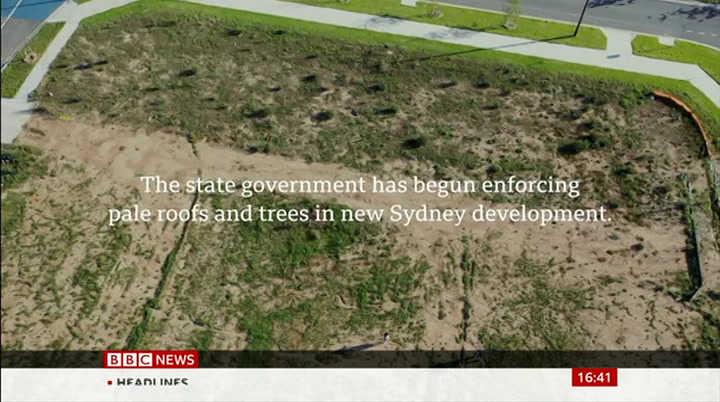 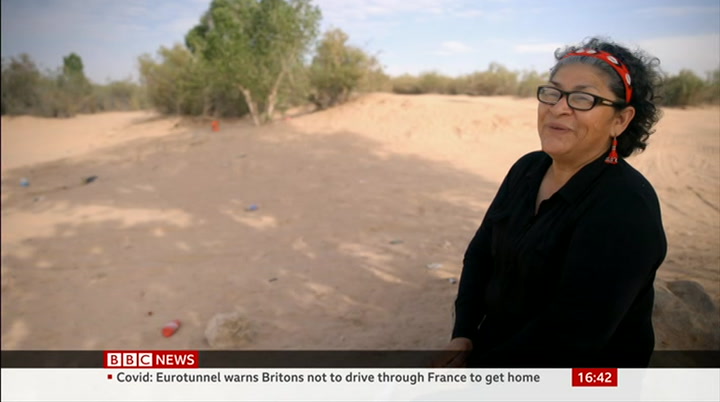 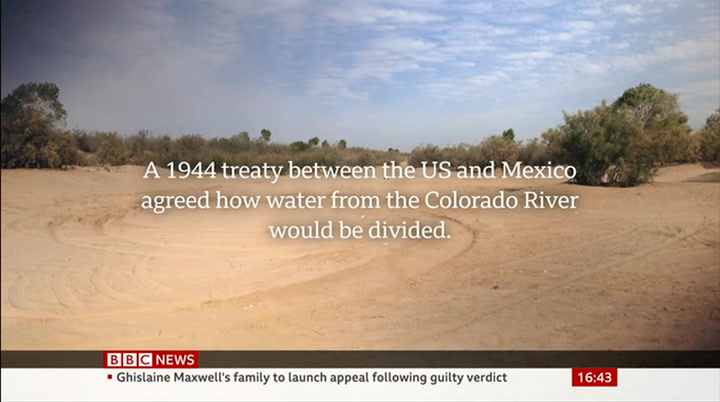 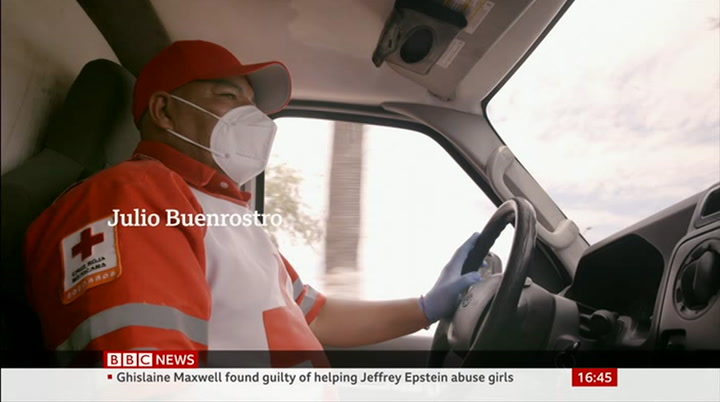 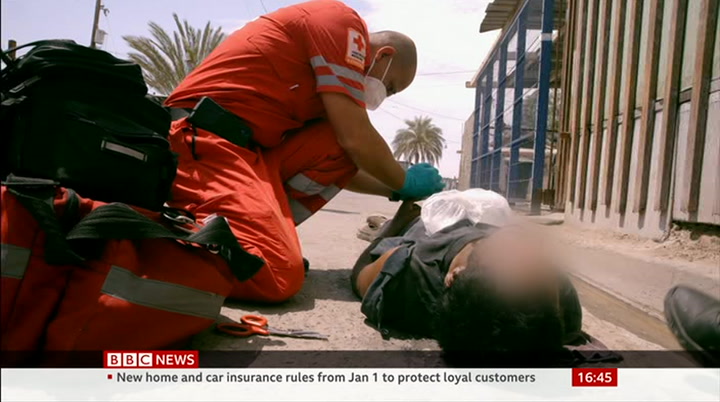 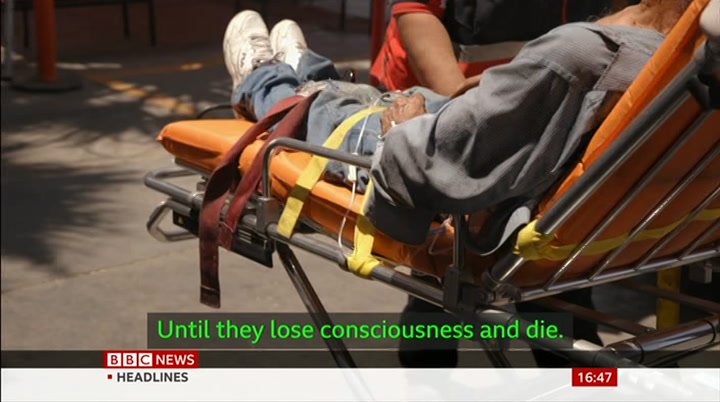 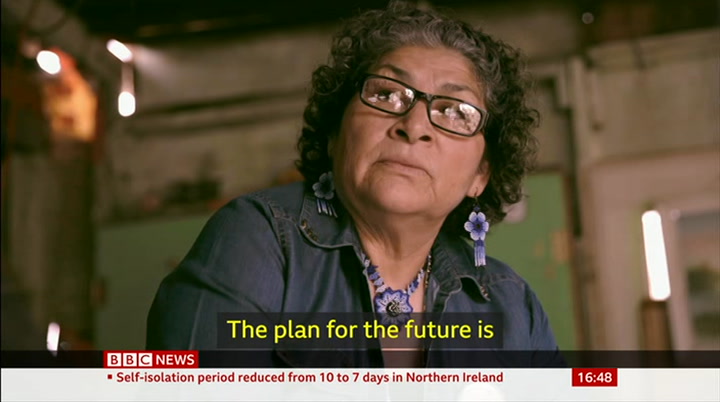 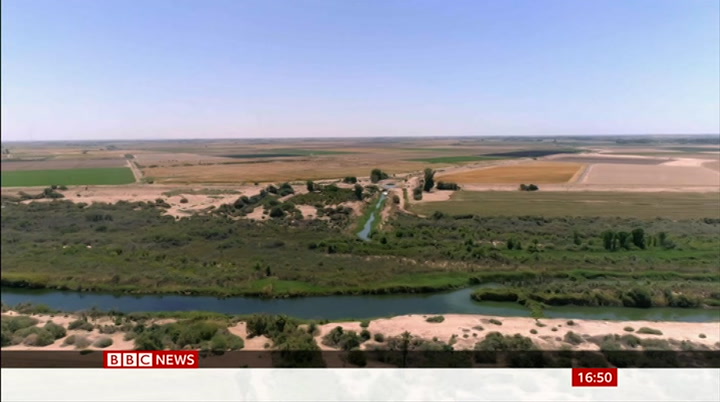 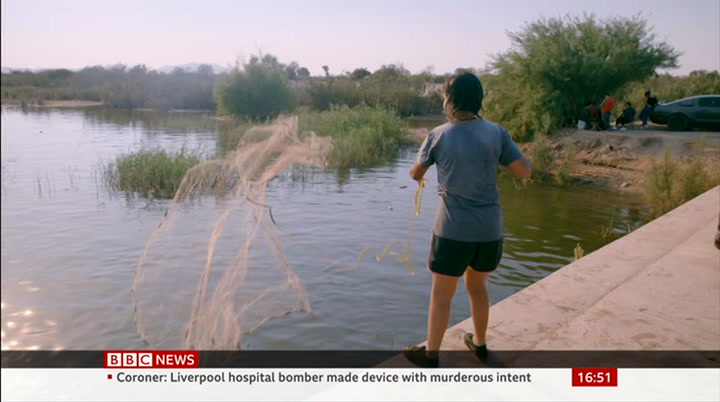 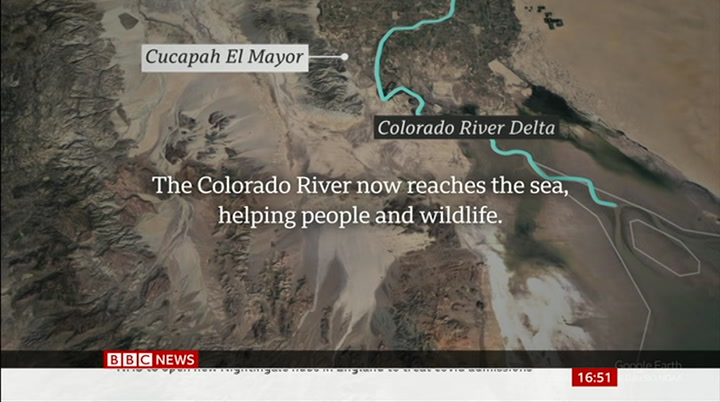 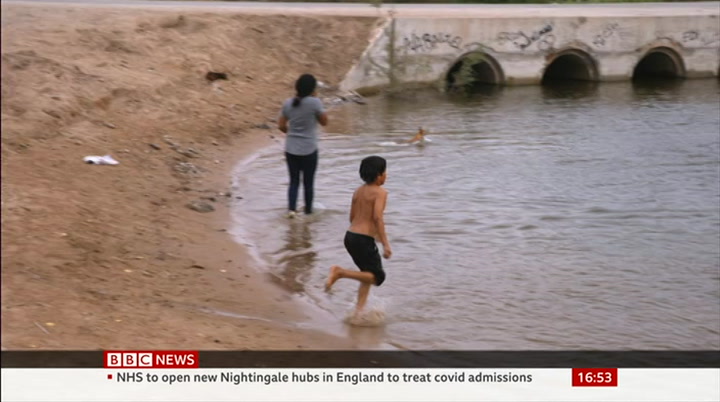 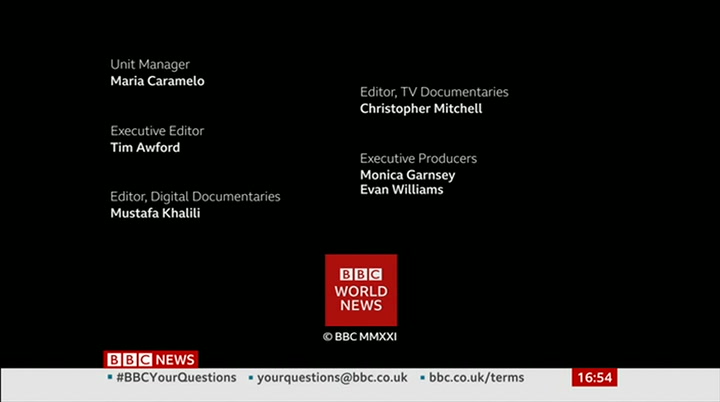 it has been very mild again today, and it could be the warmest new year's eve and new year's day on record. we are going to stick with this exceptionally mild air in the uk. blustery winds, that as well, but where the winds are coming from a significant, because it's those warm, southerly winds bringing warmth up from the azores, from madeira and heading northwards into the uk and bringing a lot of cloud. these are the temperatures we got
4:55 pm 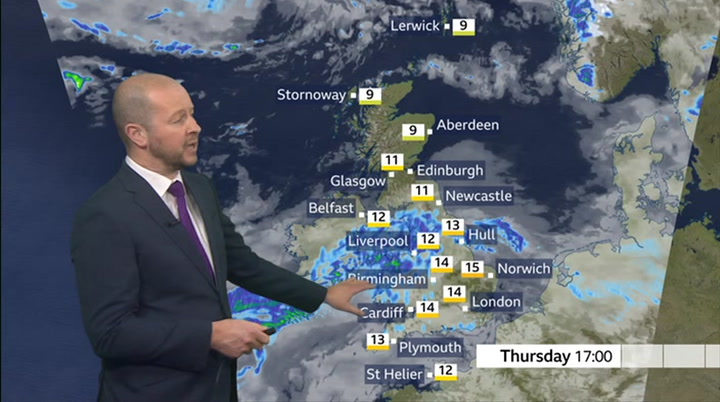 into the early evening, i4 these are the temperatures we got into the early evening, 14 or 15 widely across southern parts of the uk, a bit cold in scotland with a clear skies will stop this rain has been developing, it is continuing to push northwards, overnight moving into central southern scotland, and it turns white in northern ireland. we would also see a short burst of rain pushing eastwards across england and wales later on in the night. still quite a breezy one, for many parts of the country, very mild for the most part as well, a bit colder in northern scotland where we have the clearer skies. tomorrow, we see the back of that rain early on in east anglia and the south—east, many parts of the country brightening up with a bit of sunshine coming through, the wind is not as strong. we still have this rain affecting central southern scotland, the far north of england, it tends to ease off a bit in the afternoon but still damp and cloudy for these areas, but still very mild once again, temperatures of 13 in the central belt of scotland, 16 or 17 in east anglia and the south—east. as we head further into the evening, as you are seeing in the evening, as you are seeing in the new year, there could be some patchy rain across the north and
4:56 pm 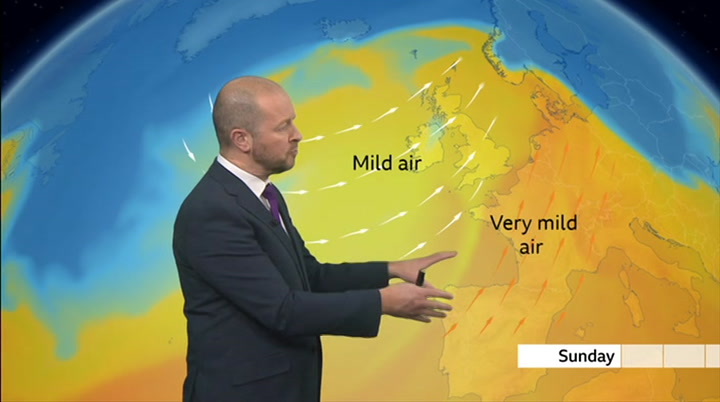 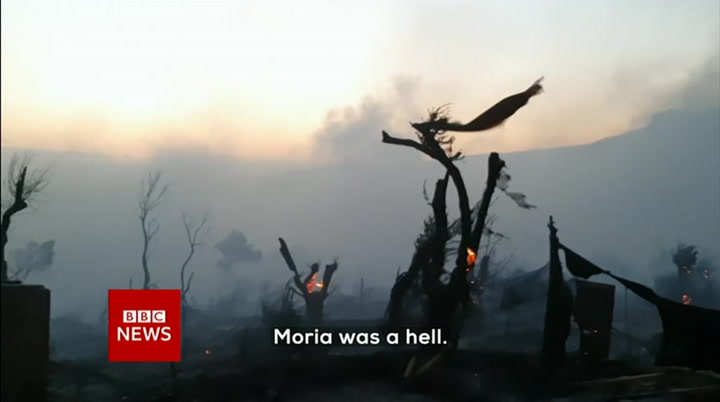 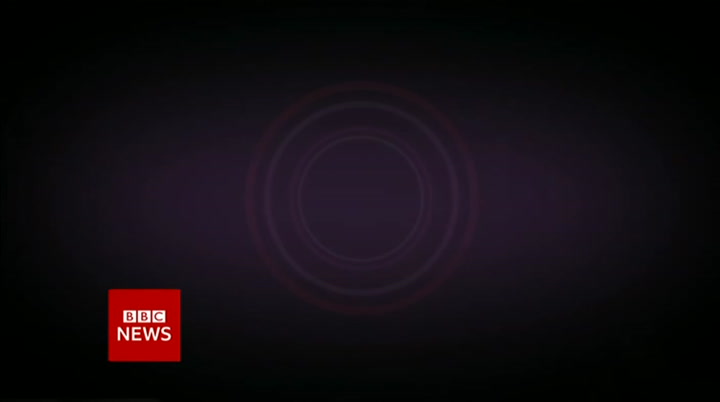 this is bbc news broadcasting to viewers in the uk and around the globe. our top stories: the british socialite ghislaine maxwell faces a long prison sentence after being found guilty of five counts of grooming and trafficking teenage girls for abuse. maxwell procured the girls for the financier and convicted sex offenderjeffrey epstein — she faces the rest of her life behind bars. no matter who you are or what kind of circles you travel in, no matter how much money you have, no matter how many years have passed since the sexual abuse, justice is still possible. europe looks to build its defences against a new wave of covid infections, as the number of cases continues to surge. the uk health secretary,
5:01 pm

What is life like on the climate change frontline? In episode four, we see how lives have been dramatically altered in Mexico and Australia by global warming.