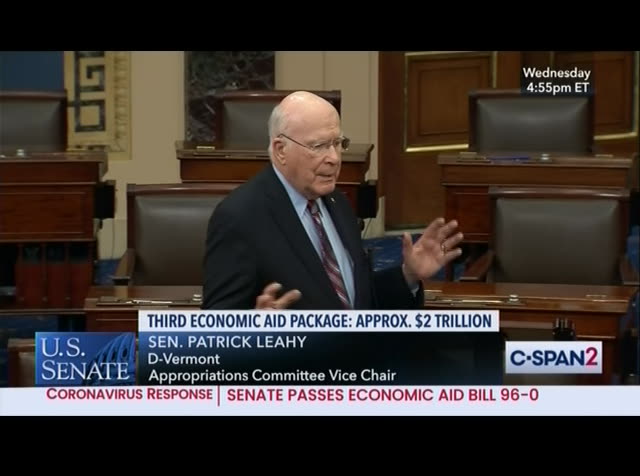 let's vote on it. let's stop saying, oh, but, yes, you have 98%, 99% of what i want, but i've got this other little piece. no, as americans we should say it's reality time, not rhetoric time. reality trumps rhetoric any day. let's go ahead and vote. i commend those senators, the republican party and those senators in the democratic party who have worked so closely with each other. i know we have in appropriations, but in so many other parts we have. and it's time to say, okay, let's vote. with that, mr. president, i wile quorum call be suspended. the presiding officer: without objection. mr. grassley: i know we have a very important piece of
5:49 am 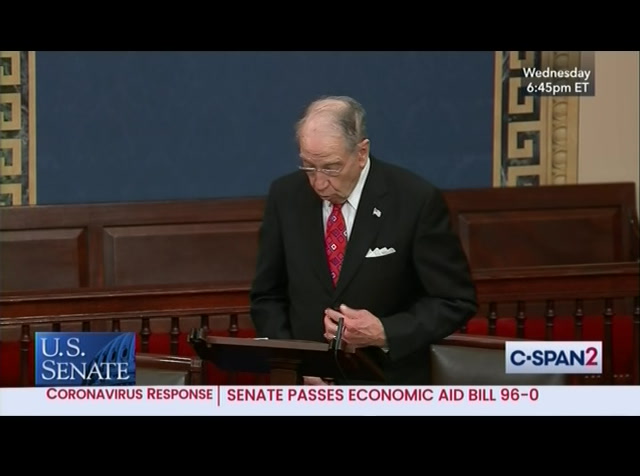 legislation before us to turn this economy around and help out in our battle against the virus. while we're waiting to vote on that, i come to the floor for a couple points that i would like to make. the first one is to honor a famous iowan. this month is called iowa history month, so i come to the floor to speak about one of iowa's favorite sons, dr. norman borlog, whose birthday is today. he's considered the farmer of the green revolution. raised on a farm near cresco, iowa, he is credited with saving more lives than anyone in history with his breakthroughs
5:50 am 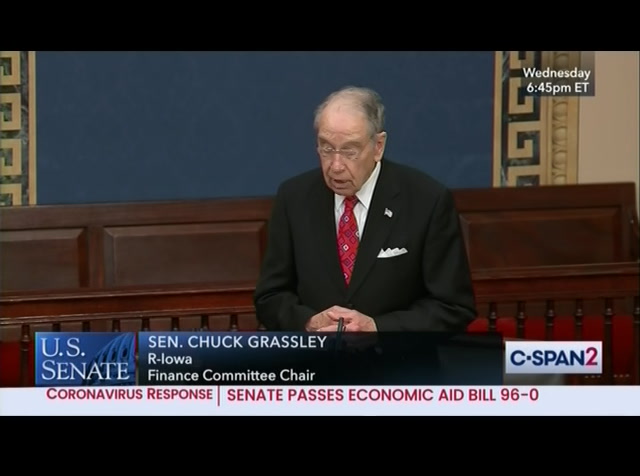 in agronomy. it took him several years to accomplish what a lot of scientists do now in a laboratory in regard to fighting diseases in plants, and he did this in mexico and india. his work helped to overcome malnutrition and famine across the world, saving over one billion lives in the process. his achievements won him the nobel peace prize. but not only that famous prize but also the presidential medal of freedom and the congressional gold medal. i think that there's only five or six people that fall into the category of winning all three of those prizes. his achievements also prompted the state of iowa to honor him with one of iowa's two statues in the -- in the statuary hall
5:51 am 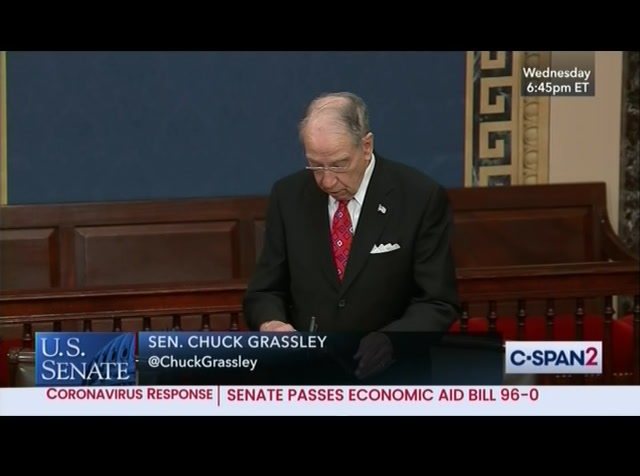 year in the u.s. capitol. on another subject, some pundits and even members of this body have suggested that it's inappropriate to criticize the chinese community party for its mishandling of the coronavirus that originated in wuhan, china, because it distracts from bashing the president. we went from mainstream media outlets routinely referring to the virus by its origin to this being totally politically incorrect. there's an excellent timetable published by axios that lays out the chinese cover-up that prevented early action to
5:52 am 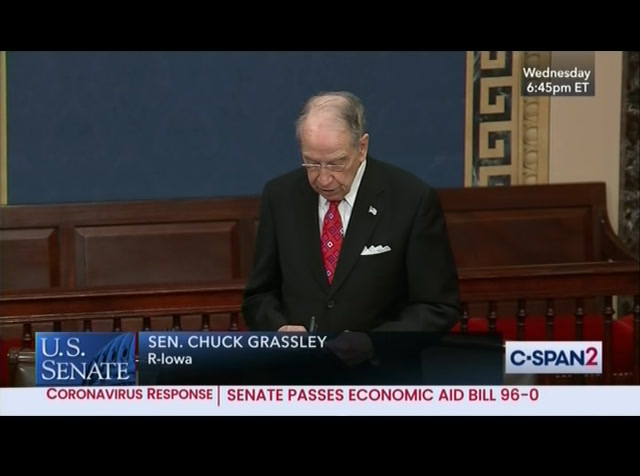 contain the virus. the chinese pro-democracy activist, mr. wei you warned that general secretary xi is ordering people back to work prematurely, risking another massive outbreak of what he calls wuhan pneumonia. telling the truth about the chinese communist party's misdeeds does not preclude talking about how we can improve our own response. we can learn from free countries like south korea, which has been able to contain a widespread outbreak, and taiwan and japan, who appear to have been able to prevent widespread outbreaks. so this is not the time for political correctness or political point-scoring to get
5:53 am 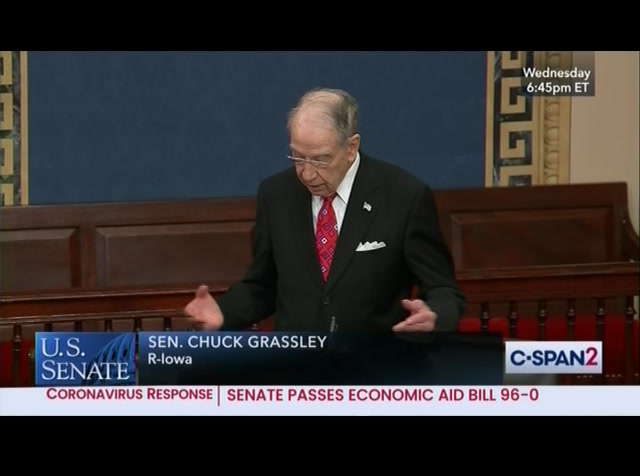 in the way of telling the truth or working together in a clear-eyed way to address the challenges at hand. i yield the floor and suggest the absence of a quorum.: i asks under the quorum call be vitiated. the presiding officer: without objection. mr. coons: mr. president, i came to this building, this capitol about 12 hours ago today and recorded first thing this morning a video to share on social media with folks back at home who are been eagerly asking what's up, what's happening, what's next. and my message was simple. after days of disagreement and of tuesdayling, of fighting -- of tussling, of fighting, of crafting, we have a deal and i am ready to vote. let's move forward. 12 hours later i stand in a largely empty chamber with an odd sense of
left
right
Borrow Program
tv

Sen. Charles Grassley (R-IA) came to the floor to pay tribute to an Iowa Doctor, and to talk about the coronavirus.