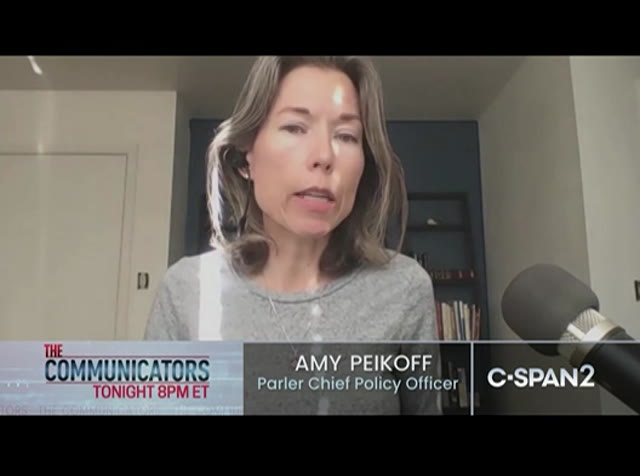 to address those problems with more speech, not with any type of content restrictions. we have to act accordingly. >> watch the communicators tonight at 8:00 p.m. eastern on c-span2. >> when it comes to the possibility of i new covid relif this week is set to be a crucial one and for a look at the state of negotiations over new coronavirus relief we turn to eric watson, reporter for bloomberg and good morning to you but what is the status of negotiations. has anything changed over the weekend? >> good morning, john. over the weekend for senators and port democrats as well as problem solvers caucus in 25 republicans and democrats in the house have had a series of conference calls develop attack on their bipartisan proposal. one week ago they leaked an
2:57 pm 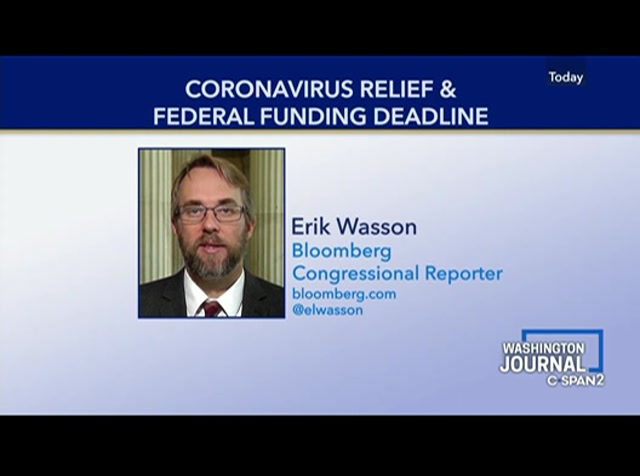 outline which was just a table for 900 a billion-dollar relief proposalss but the details were not there and we are hearing that we are trying to release legislative language and the text of the bill today but that is now unlikely and we have agreed to the details but the staff are still writing the details language so i'm looking for that perhaps is the main and will have more details especially on the state and local peace there's a lot of back-and-forth about the former will determine which states and localities which will be elevated eligible for this aid that they are proposing and that is the real key sticking point and what will happen unemployment insurance there's a 300-dollar a week federal extra benefit they have proposed but it is unclear how long two separate programs, one for workers and one for who run out at 13 weeks of one of clement
2:58 pm 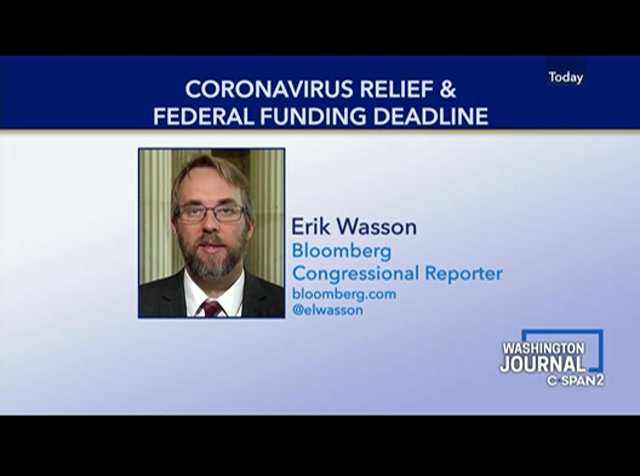 and how long that would be accented and there's a proposal to make it april 1 but that hasn't been nailed down. >> remind b viewers about the ticking clock here. legislative language that doesn't get relief to later today or tomorrow what is that tan for when the vote could take place? >> you know, there's a lot of hope among house leader who wrapped everything up for this package by december 11 and government shutdown deadline that is on friday however it was confirmed over the weekend there isir no way that these bills cod be done this week so we are looking at it congress passing a short one week stopgap bill to december 18 bringing us right up against the christmas holiday and i expect that that final passage of the bill on the house and bill will be on that bill because congress intends to, if they have a deadline, go right up to the edge and so, you know there is a lot of work to be done. dick durbin, number two democrat over the weekend said there's
2:59 pm 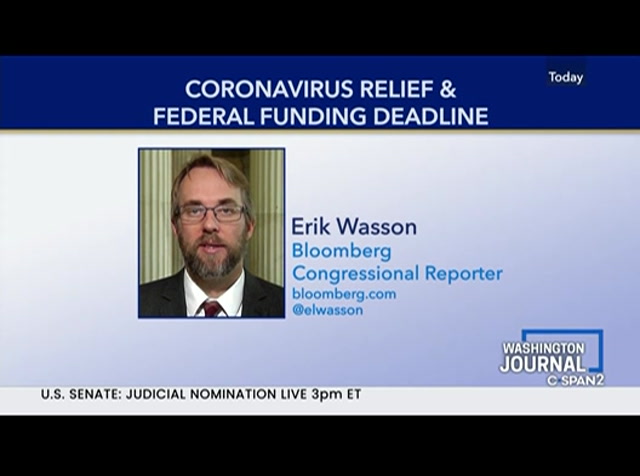 more work and he's been involved in the liability protection of the bill which mitch mcconnell is to provide businesses to covid losses and it has a six-month auditorium while states can work out their own known what the republicans are looking for more federal baseline approach so they continue to work on this thorny piece but it dick durbin and others like john cornyn of texas that rode the virginal republican that would be a good sign that this would happen. >> if congress does punch the government shutdown deadline for a week what is to keep them from planting it for another month and leading into the next congress can expect u.s. senate is about to dabble in. lawmakers will work on a judicial nomination. this week they are expected to vote on legislation to extend government funding past this friday's midnight
left
right
Borrow Program
tv