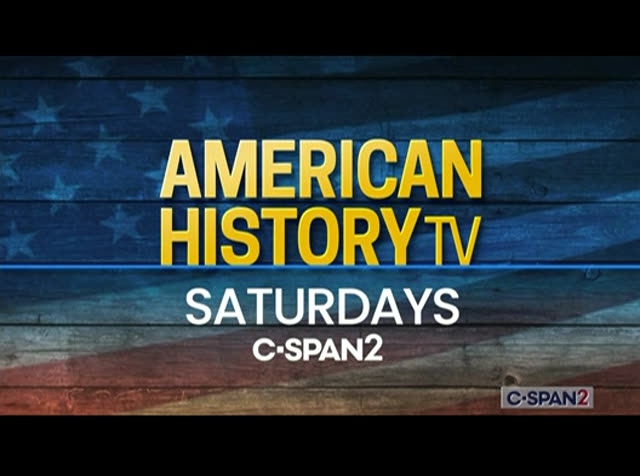 >> thank you for being here on the first commemoration of veterans day here in this sacred
4:31 pm 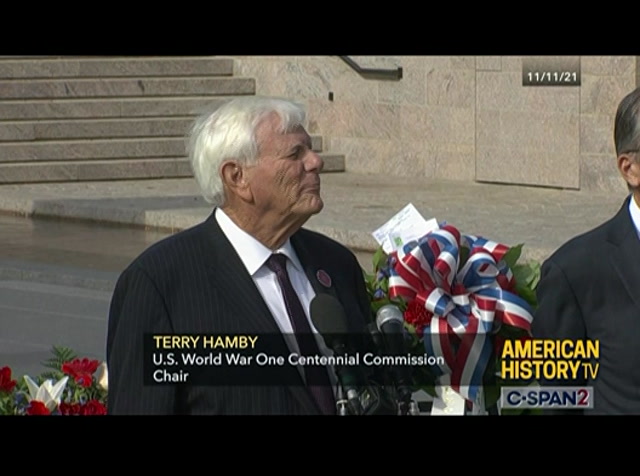 place designated to honor the sacrifices of 4.7 million men and women who served this nation in world war i. i would be remiss if i did not point out what this day is all about. doctored george charles a world word to veteran 99 years young. [applause] came to commemorate this day. today you will hear the tolling of the bells 21 times, signifying the armistice at 11- 11 and four causing all
4:32 pm 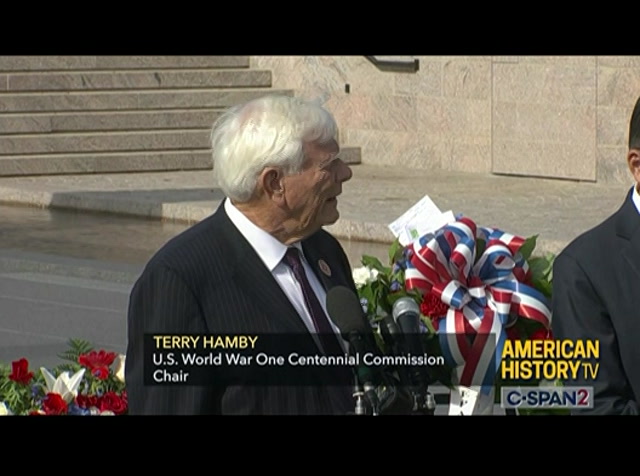 hostilities of the battles and other western front in many will hear taps. taps is played in commemoration of this centennial of the burial of the world war i unknown soldier across town in arlington cemetery only known to god. and finally taps will be played across america by taps across america at 11:112 commemorate the centennial of that unknown soldier and finally i am privileged today to introduce the man who without him this memorial would not exist today who served with and lead with honor and compassion and integrity as the 17th chairman
4:33 pm 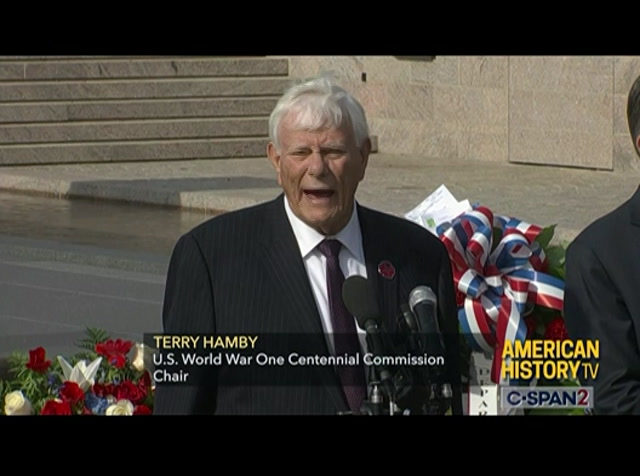 of the joint chiefs of staff admiral mike mullen. [applause] >> thank you terry. is that any better? is there a way to fix the volume? i will try to speak up so everybody can hear me. it is a great honor to be here with you today. i am in particular knowledge in george and your service and what terry didn't say is he was someone who went through and five the battle of the bulge a very special american who has given back for decades to our country after his service in world war ii. thank you george.
4:34 pm 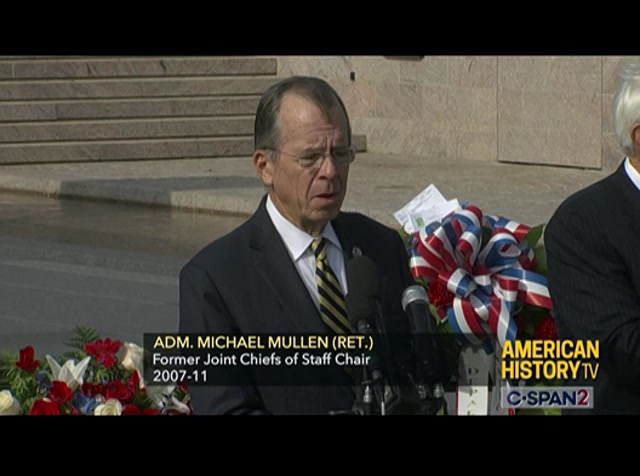 [applause] i want to say thanks to terry hamby. without his vision and without his persistence this would not have been possible. many of us that got involved in the early days sometimes wondered. there was nobody that resisted and saw the vision and kept at it more strongly than terry. terry we are all grateful for that and i know how important is to you. [applause] a few years ago i had the honor of her dissipating in ceremonies like this in europe. they have that 11-11-11 since the first day, the day the war ended, the great war ended they have taken time on this day to
4:35 pm 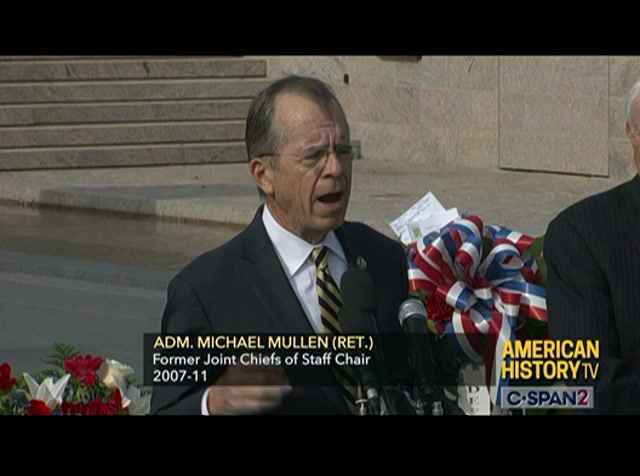 remember and obviously our allies are part of this as well. it really does warm my heart did be with you today to do this in our country here at our capital and to recognize and remember those who sack of iced so much. we should remember we lost 160,000 americans in that war. we went in very late 18 months in my view turn the tide. what we thought would be the last war sadly that has not been the case and in these recent wars if there's one an idea to take away who has lost someone as a mother of her other sister a son or daughter the single message is don't ever forget. please don't ever forget the sacrifice of my family member
4:36 pm 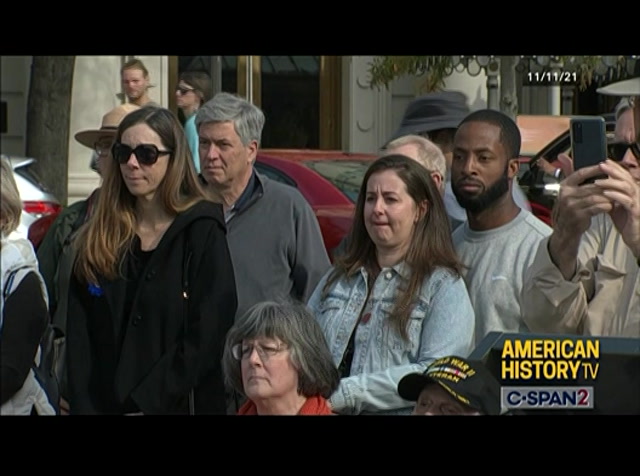 and that's what today is all about. to remembering those who served and those who were lost in the 4.7 million who served in that timeframe and our experience in raising this memorial is a reminder of the connect to that he would families throughout our country and those families living now back to those who served in that timeframe. it's an extraordinary story in and of itself because so many families that we don't know are connected to this memorial so it's been a real privilege. it is something that we will do every year i am sure. it is also a special day as i am sure most of you know in terry mentioned this because of the 100th centennial of the tomb of the unknown soldier and that says a lot about us as a country and their ability and our desire
4:37 pm 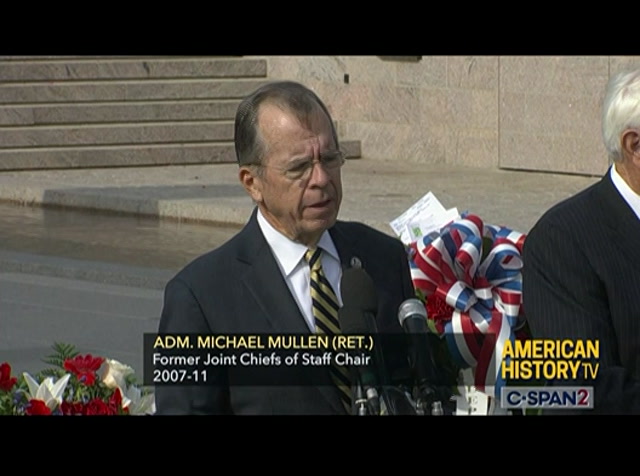 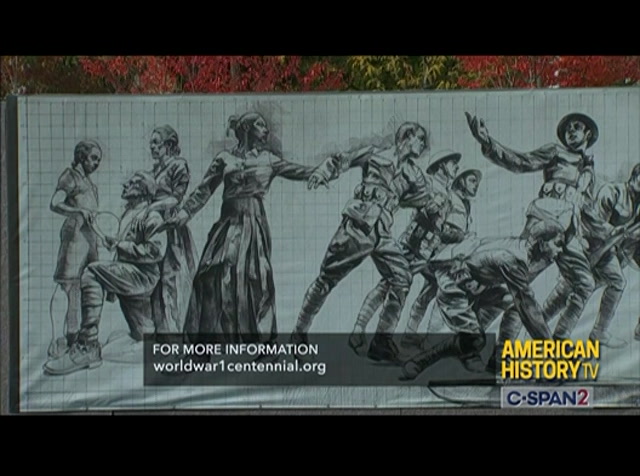 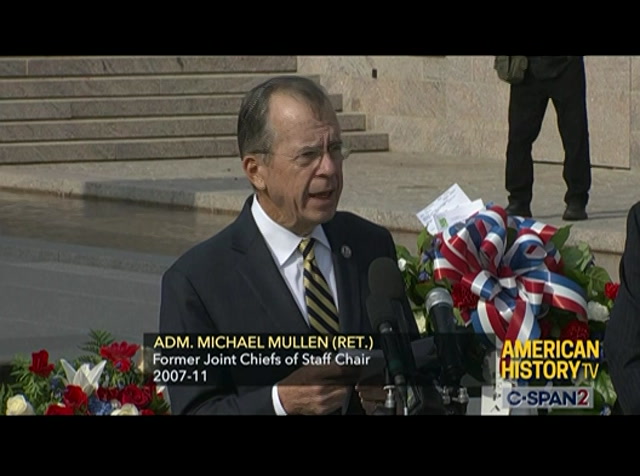 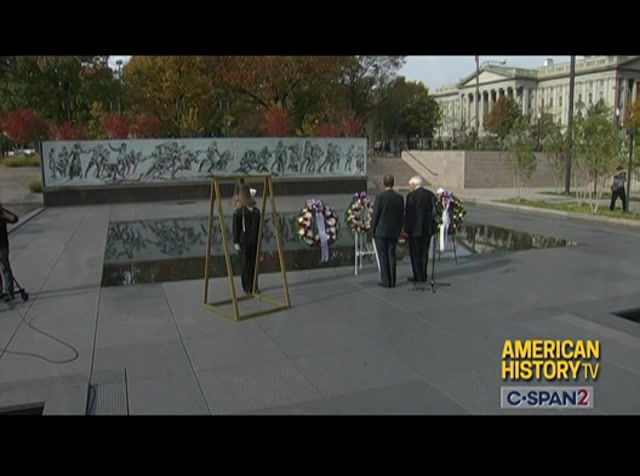 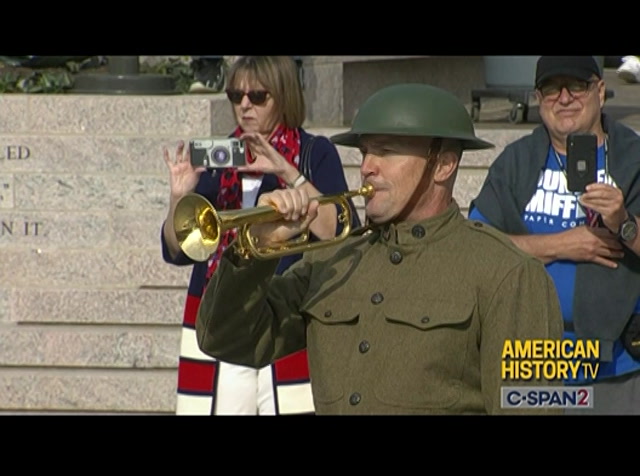 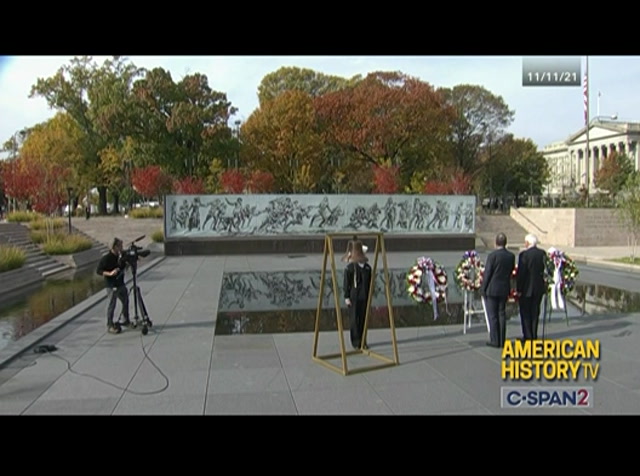 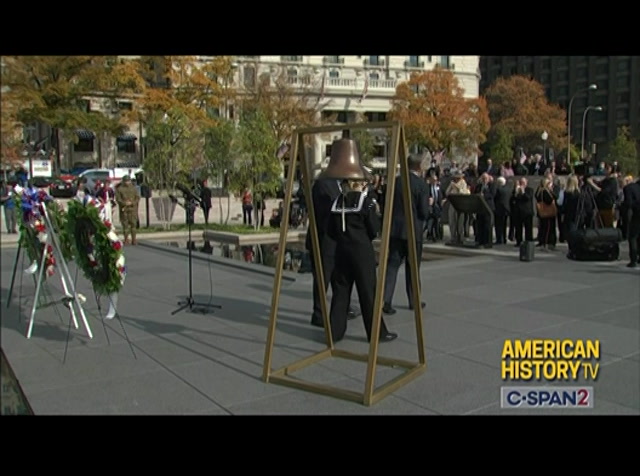 [applause] [inaudible conversations] >> we are proud of our heritage and washington montana north and south dakota and the stewardship of our studying natural resources in addition to many other symbols a symbol of our optimism for the future. throughout the world their monumental events taking place in hundreds of millions of people are moving towards democratic rule towards liberty
4:44 pm 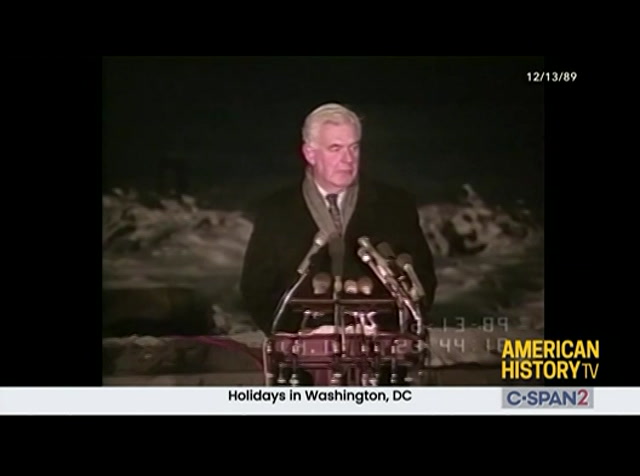 is on a scale unknown in previous years but it gives us great hope that the time in the spirit of christmas and hanukkah will -- and we can look to an end of human conflict. all the monumental events that are taking place with the season of family and friendship are personal relations and their personal pleasure. i hope you'll accept from me and all of us in the congress are best wishes to you for a merry christmas and a happy holiday season and now i'm going to ask my colleagues in the senate and the house to join me as we look at this christmas day is at a can of hope in the symbol of this holy season.
4:45 pm 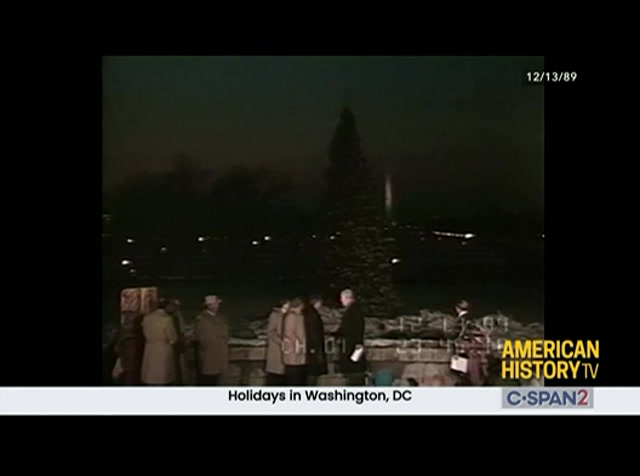 [applause] ♪♪ ♪♪ >> hello everyone and welcome. i name is joy m. iguchi and i'm the coordinator at them national american museum and i want to thank you for joining us today virtually or from wherever you are joining us for this wonderful program on "when can we go back to america?" by susan kamei and we are so lucky we are having in
left
right
Borrow Program
tv

The armistice ending World War I - and the centennial of Arlington Cemetery's Tomb of the Unknown Soldier -- were remembered with the tolling of a U.S. Navy ship bell at the National World War I Memorial in Washington, D.C. Retired Admiral Mike Mullen, former Joint Chiefs of Staff chair, was among the speakers. The World War I Centennial Commission hosted the ceremony.