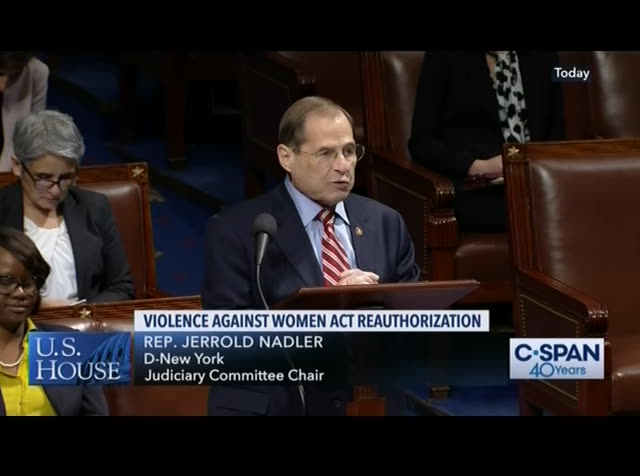 mr. nadler: these grim statistics we need to act without delay and expand the act so it is more effective than it has proven to be in the past.
9:30 pm 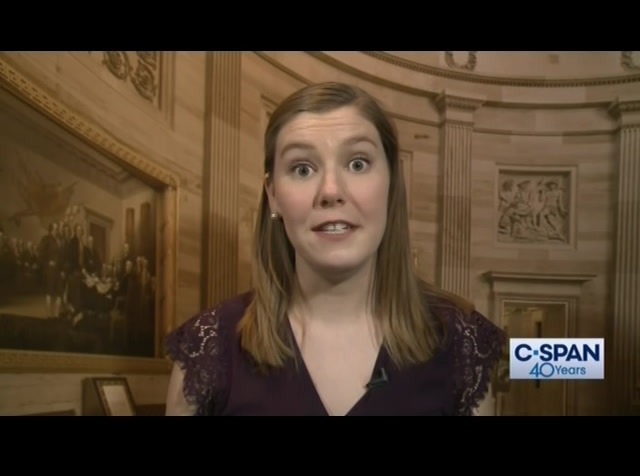 a short-term extension was included in a spending bill, but right now it has lapsed. the reauthorization proposal coming to the house floor would reauthorize all the violence against women act programs through 2024. the bill was first signed in 1994 and has been reauthorized a handful of times since. it is typically a bipartisan effort. in 2013, the most recent reauthorization, there were some partisan struggles. >> what are some ways the democrats want to expand the violence against women act? >> a variety of ways. one that has already drawn contention is a gun control provision. the democratic proposal would aim to close what they call the
9:31 pm 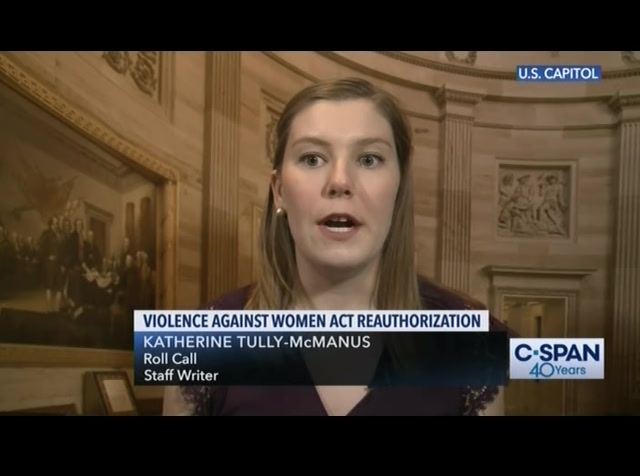 boyfriend loophole, where convicted -- those convicted of dating violence or stalking could not legally have weapons. however, the nra has come out against that position and some republicans have spoken out against that provision also. but that does not mean that no republicans will vote for this. ae bill is sponsored by republican from pennsylvania, brian fitzpatrick, along with democrat karen bass and tom cole , a republican from oklahoma, has said he will be voting for the bill in part because of an expansion of tribal jurisdiction over domestic violence. there is an enormous proportion of native american populations who experience domestic violence , and he is hoping those provisions will carry through. >> when the bill comes up for debate, the room will allow 40
9:32 pm 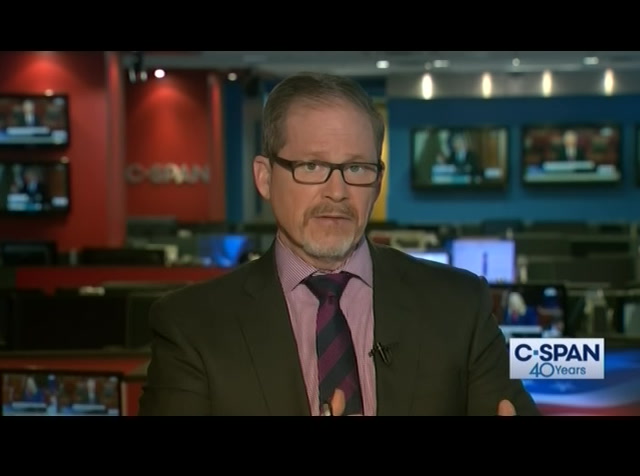 amendments to be considered. what are some of the ones you are focusing on the most that we should look for? >> there is one interesting one that i think a lot of people would be amenable to, which would expand the national domestic violence hotline to include texting. we have seen that for suicide prevention, we have seen that and911 in certain areas, that max rose, a democrat from new york proposal, could see a lot of support. another one related to the tribal jurisdictions are from deb haaland, a freshman democrat from new mexico. she has a couple of proposed amendments that focus on specific tribal populations and the justice system that exists on reservations and tribal lands. it is separate from a lot of federal law. and she wants to align a few of those things so that tribal
9:33 pm 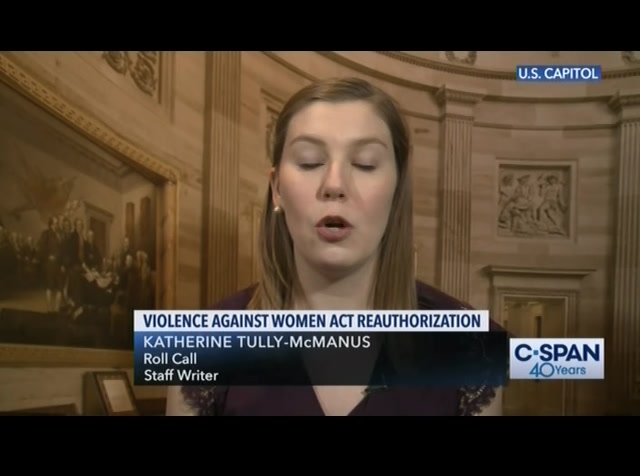 courts can address domestic violence issues on reservations. >> you talked about some of the republicans that expect to vote for the violence against women act, the reauthorization. back to the gun provision in the underlying measure. we understand the national rifle association has been very active on that particular provision. what are they saying? >> they will be scoring this boat, the final vote on the violence against women act, this week. that means that republicans are on notice. their nra score will change if they are voting against a bill that the nra says is a top priority for them. and that has a big impact on the way lawmakers vote. the nra is a very powerful interest group, and that may drive some decisions this week. >> katherine tully-mcmanus
9:34 pm 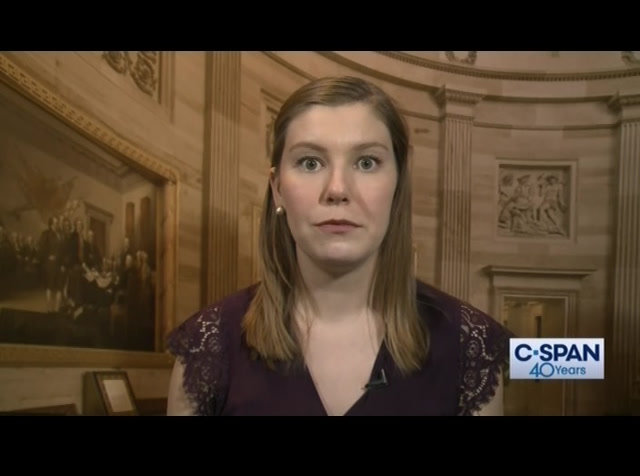 covers congress and more for roll call. call.com. at roll you can find her on twitter. thanks so much for the update. announcer: on thursday, the houses in at 9:00 a.m. eastern to finish work on the violence against women act. members also consider a senate resolution to end u.s. involvement in yemen's civil war. on c-span2, the senate returns at 11:00 a.m. to debate and vote on the confirmation of roy altman to be u.s. district judge for the southern district of florida. they also consider whether to move forward with the nomination of someone to be head of the federal housing and finance agency. on c-span3, health and human services secretary testifies about the president's 2020 budget request for hhs before a senate appropriations subcommittee. on wednesday, the nato secretary-general gave an
9:35 pm 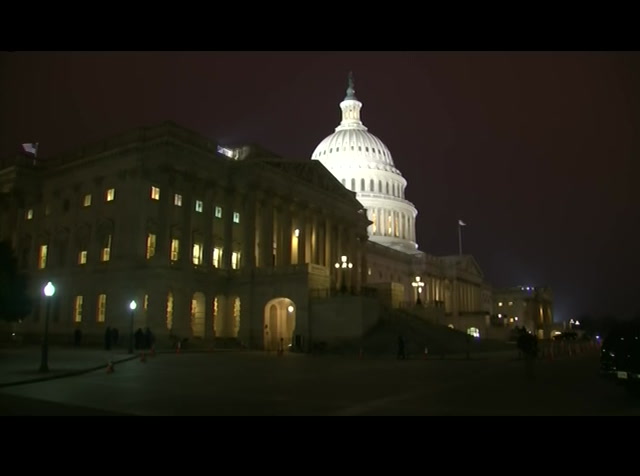 address before a joint meeting of congress, where he spoke about the merits of the international alliance as it marks the 70th anniversary of its founding. the secretary-general also talked about threats from russia and gave president trump credit for pushing nato countries to spend more money on defense. from the house chamber, this is 45 minutes. the sergeant at arms: madam speaker, the secretary-general north atlantic treaty organization.
left
right
Borrow Program
tv