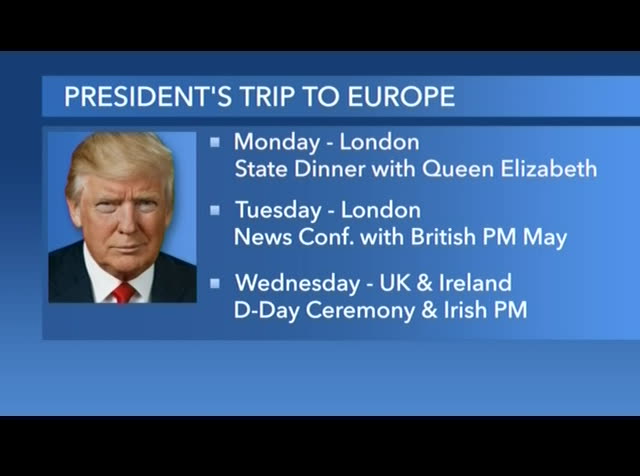 this comes as president trump is preparing to depart for his trip to europe tomorrow night. on monday he will be in london as queen elizabeth welcomes the on tuesday, the president meets with prime minister theresa may, who recently announced she would be stepping down june 7. wednesday is a d-day ceremony in portsmouth, one of the major staging points for operation overlord and the invasion of france. in the afternoon, the president meets with the irish prime minister. the president is in france on thursday, attending a d-day ceremony in normandy and meeting with the french presidents. congress returns from its memorial day break, and we are sarah by politico's good they will try to
5:01 pm 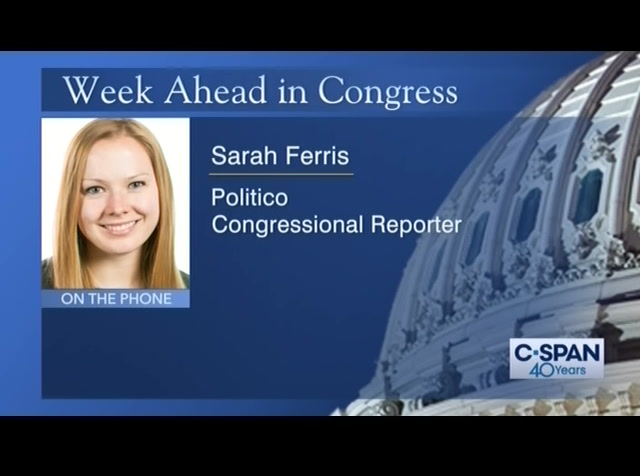 pass again the disaster bill. in the past week or so, house republicans have unblocked it three times. what was behind the effort of several republicans who have tried that? only a small number of house republicans who wanted to fly back to d.c. who wanted to make sure unanimous consent would not go through. they wanted a full vote, full debate. the full ad hoc effort was led by congressman chip roy, freshman from texas. that was successful for the past week because one lawmaker was able to block it, unlike in the house on every single other vote. when they bring it to the floor, likely monday night, they will easily clear the bill with limited opposition. host: let's look at the spending bills for fiscal year 2020. before they left, the majority leader said he wants to start the whole process wednesday,
5:02 pm 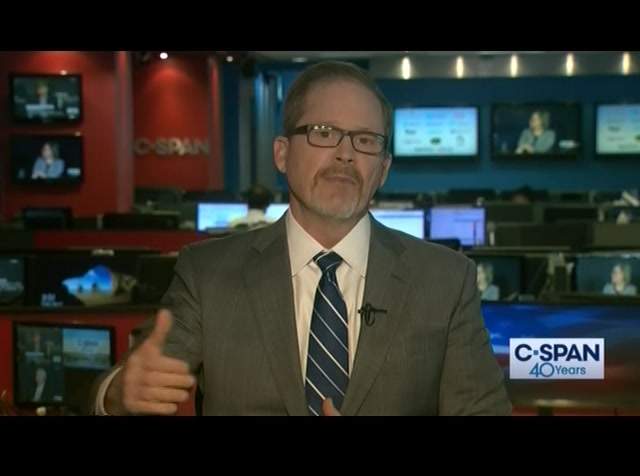 june 12. what does the timeline look like? sarah: the timeline is going to be brutal for democrats. the majority leader announced right before the house left for the weeklong recess, he said expect late votes much of june. that means lawmakers will be in the capital after 7:00 p.m. voting, a real marathon for every lawmaker as they go through these 12 appropriations bills. most have already cleared the house appropriations committee, but there are a couple of divisive measures. the full committee still needs to consider them. they have not yet unveiled the homeland security bill. of course, that was the trigger of a shutdown earlier this year with funding for the border wall under dispute good -- dispute. so we will see that bill some time before wednesday, something democrats will likely be stirring up another fight with republicans over the wall funding on. host: your article at
5:03 pm

politico.com, dems settling differences in pushing forward on a bill to protect dreamers, a priority for democrats, what were the several issues democrats had to work out before they passed that out of judiciary committee on a party-line vote? sarah: democrats in general are very supportive of providing permanent protections to so-called dreamers. these are, in a lot of cases, young people brought to the country illegally as children. so democrats as a party agree to doing this. the issue is that there are some moderate democrats that had issues with the way the bill was expanded. the moderate democrats wanted the same version democrats already united behind in the past, but the newer version had different language, some related to what kind of criminal record would disqualify someone from earning citizenship, so that was a dispute that had to be worked out, and that specific dispute was one of several that lead to a delay of the markup of the judiciary committee. so it took a couple of extra weeks, but now they will probably have the vast majority
5:04 pm 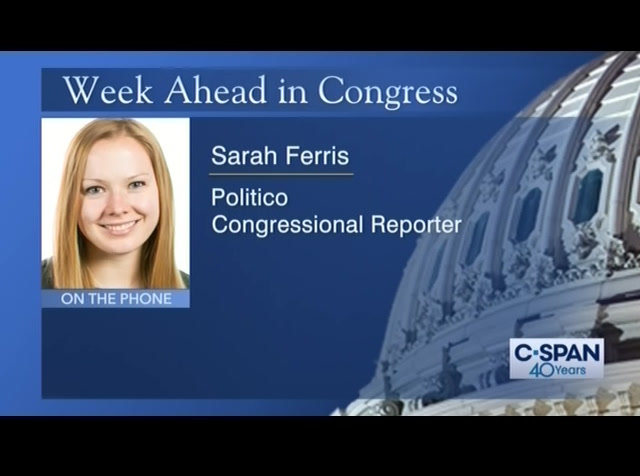 of democrats, if not every democrat. host: calls for impeachment got louder during the recess, partly because of the appearance by robert mueller, his final appearance after wrapping up the report. the house in may voted to hold the attorney general, william barr, in contempt. how soon do you think that vote in the full house might come up on the attorney general? and how do you think speaker pelosi will handle growing calls in her caucus for impeachment? sarah: one strategy to make sure these calls for impeachment don't hit a high point is to delay some of this, drag out some of the process so that there aren't democrats rushing to a vote on this. the reason we haven't seen that contempt vote on the full house floor is because that is something that would really re-energize the democratic base, get a lot of progressives excited thinking there is momentum towards impeachment, when democratic leaders will do anything it takes to make sure
5:05 pm 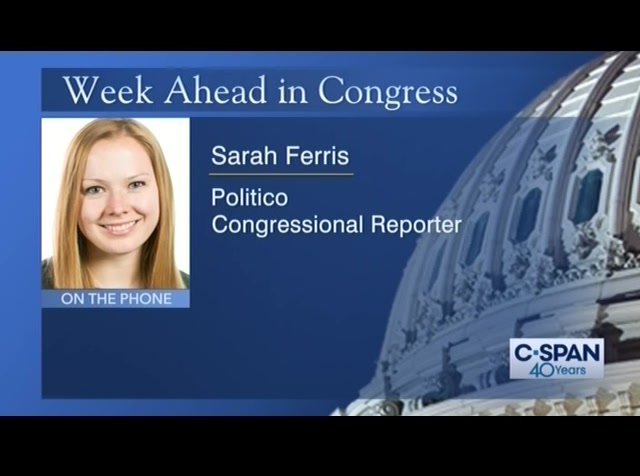 the party can resist doing those, introducing articles of impeachment, even beginning the inquiry, which is a procedural step toward impeachment. so democratic leaders are going to working their caucus very hard, talk about things like the substance of the mueller report, they want to make sure the american people know what is happening about that, talking less about the process, that is a nod to democrats who are really concerned about what mueller said this week. they are also going to start holding more hearings to bring , in more witnesses. they are winning in the courts, a couple of clear victories related to trump's financial records, and of course the looming battle over his tax returns. so they are making progress on the investigative front, in the messaging battle, taking the word to the american people, and there will be less chatter, of course in the democratic caucus it will still be building over time. host: sara ferris covers congress for "politico."
5:06 pm 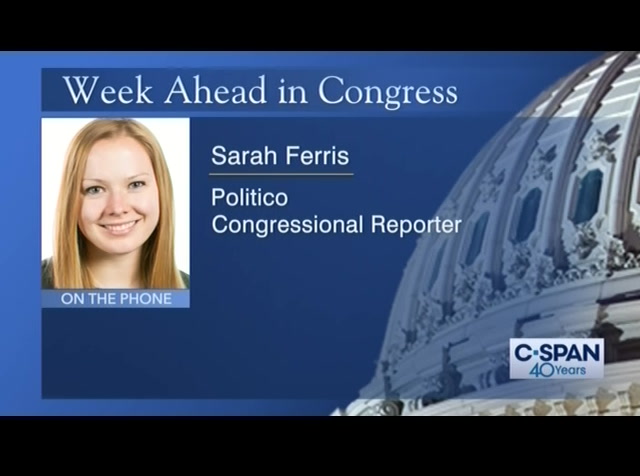 thanks for the update. >> next, commencement addresses from around the nation. first, we hear from former georgia state lawmaker stacey abrams. then, north carolina congressman mark walker. president john f. kennedy's 1963 commencement speech at american university, which came to be known as his "peace speech." >> c-span's "washington journal," live every day with news and policy issues that impact you. coming up sunday morning, george washington university's shaman an isisiscusses sympathizer and the potential release of others like him. about journalist talks
5:07 pm 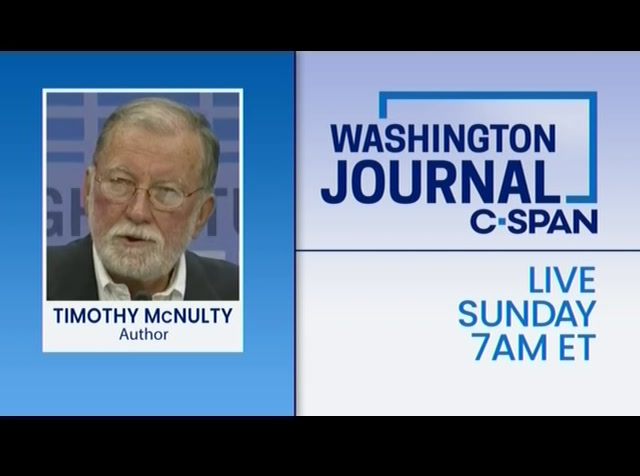 the legacy of former congressman jack brooks and what democrats can learn from him. be sure to will -- to watch "washington journal" sunday morning. join the discussion. the 2018 abrams was democratic nominee for georgia governor. a race she lost. this year, she was the commencement speaker at american university in washington. [applause]
left
right
Borrow Program
tv

Politico Congressional Reporter Sarah Ferris discussed the week ahead in Congress including disaster aid and immigration legislation headed for the House floor as well as the status of contempt of Congress floor votes and calls for impeachment hearings.