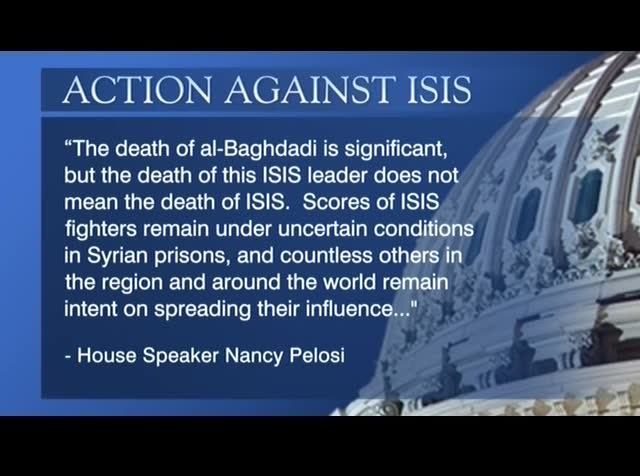 statement saying the death of al-baghdadi is significant but the death of this isis leader does not mean the death of isis. scores of isis fighters remain under uncertain conditions in syrian prisons and countless others in the region and around the world remain in tend on spreading their influence. senate majority leader mitch mcconnell released this statement, "this victory for the u.s. and our many counterterrorism partners is a significant step for the campaign against isis, for the future of the middle east, and for the safety of the american people and free people around the world." more reaction to the military strike against isis leader al-baghdadi from the sunday news shows. next, we will hear from defense secretary mark esper followed by national security advisor robert o'brien. >> i will tell you this, the operation was conducted last night.
10:55 pm 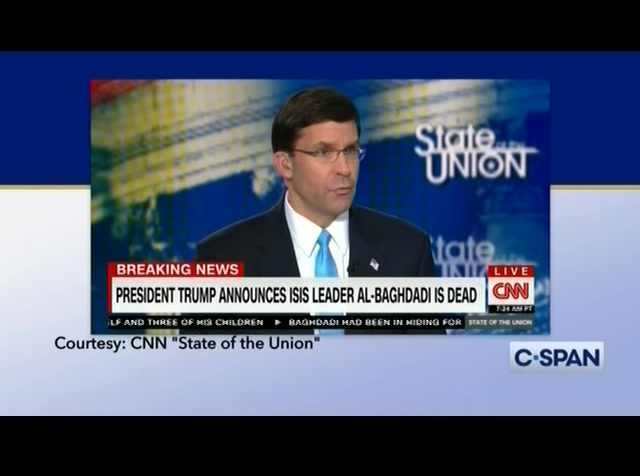 the president approved a raid along the target to capture al-baghdadi. if we cannot capture him, we were going to kill him. like i said, the raid was successful. we pulled our troops out. we had two minor casualties. but a very successful raid. >> when you say minor injuries, they have recovered from those injuries? >> they have already returned from duty. >> that's great. the president knew about the operation ahead of time. he approved the operation? >> he was taking options earlier this week. he reviewed them and chose the option we thought gave us the highest probability of success and confirmation that the head of isis would be there and be captured or killed. then we executed from there. >> it appears al-baghdadi detonated a suicide that during the raid? did that happen? did he take his own life? >> that is the report we have on the ground from the commander. we tried to call him out and
10:56 pm 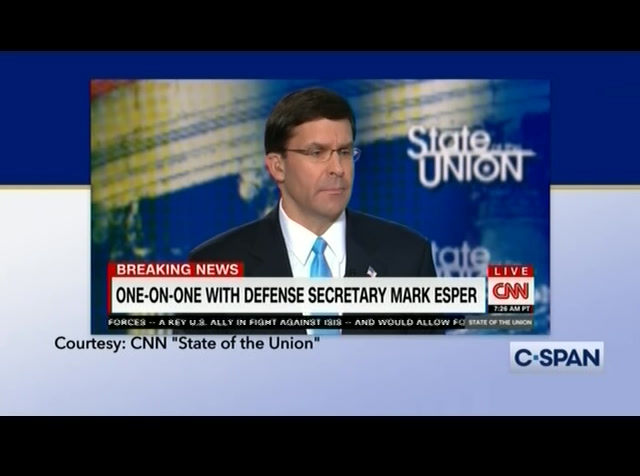 have him surrender himself but he refused. he went to a subterranean area and in the process of trying to get him out, he detonated a suicide vest and killed himself. >> so he killed himself? >> yes. >> ok. has the dna verification been done on his body to verify that it is and confirm it is him? >> we have confirmation through a visual and dna confirmation. >> so dna confirmation has come through? >> i was briefed on that by the commander earlier this morning. >> the administration is taking heat for the handling of u.s. kurdish allies in northern syria. did the kurds play a role in this operation? >> i'm not going to discuss who participated but we had help from outside partners. >> the main u.s. allies in that region are the kurds? >> that's right. i will not get into details. >> ok. did the general of the kurdish forces say that they did play a role? >> the sdf have been good partners for the past few years. they were instrumental i
left
right
Borrow Program
tv

Defense Secretary Mark Esper reacts to the U.S. military strike against ISIS leader al-Baghdadi on CNN's State of the Union.

Sponsor: CNN | "State of the Union"