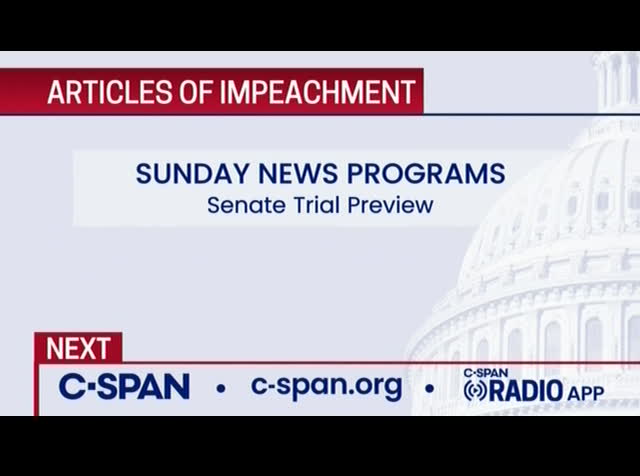 >> on the sunday news programs, they focused on impeachment with senators previewing a senate trial. mark short, chief of staff to the vice president, leads off on "meet the press." to thee transition senate, i think we understand that mitch mcconnell and chuck schumer will strike a deal -- >> you think they will strike a deal? do you have an idea of what it will look like? >> chuck schumer said he wants a deal like the clinton impeachment, and yet that was a vote that was 100-zero, including chuck schumer himself, voting for a deal that allowed phase one in both sides laid out arguments. it is a really untenable position we think for speaker pelosi to say this president is such a clear and urgent danger to the world, to the globe, that
7:51 pm 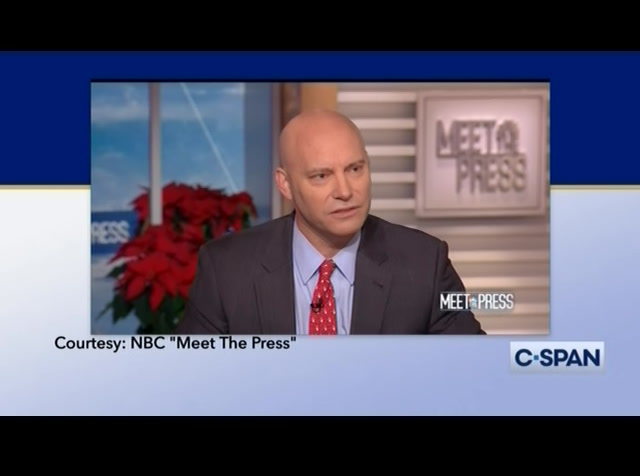 we have to basically trample his constitutional rights and force a quick impeachment and then say we are going to hold up impeachment papers to the senate. how can you possibly justify the contrast and say this is urgent and then say we will wait and see? >> you want trial as soon as possible? >> i think the president wants to prove his innocence. i think he has articulated he is open to witnesses. >> his legal team doesn't? >> i think at the same time, the american people are tired of the sham and tired of this whole thing. we are anxious to get back to the work of the american people. to the extent that there is a prolonged trial, we are not anxious for that, we want to get back to the things people so they want. >> nancy pelosi, i watched her, she has been a light worker in dark times, balancing the most difficult circumstances. i talked to chuck
left
right
Borrow Program
tv

On NBC's "Meet The Press," Marc Short, Chief of Staff to the Vice President, talked about the impeachment process and how a Senate trial might proceed.