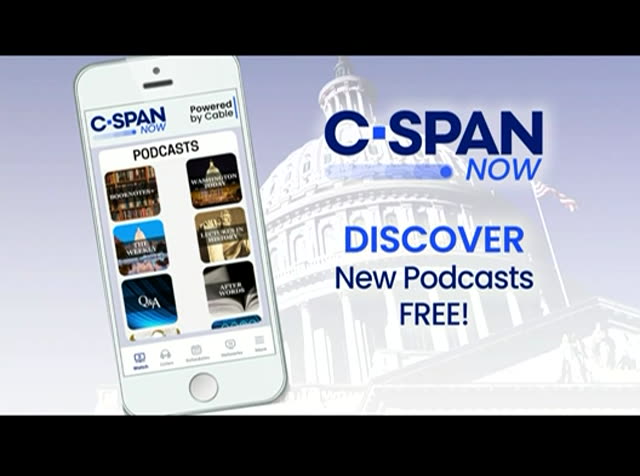 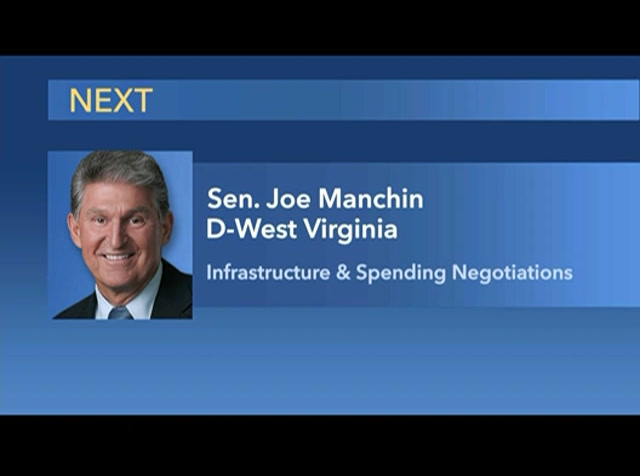 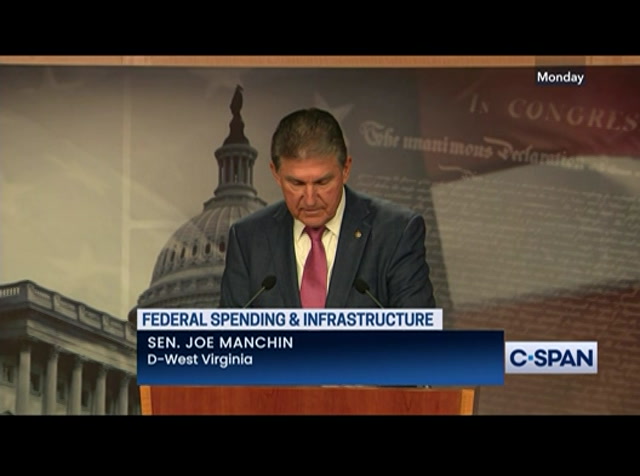 >> first of all, i want to thank you all for coming. i've heard mischaracterizations of my house since it -- since we met without. i would like a chance to clear up any confusion about where i stand on the legislation that's working its way through congress . in all my years in public service, i've never seen anything like this. the president of the united states has addressed the house and democratic congress twice recently to urge action on the bipartisan infrastructure bill. last week the speaker urged the importance of voting and passing this bill before meeting the world stage and still no action. in my view this is not how the u.s. congress should operate or in my view has operated in the past. the political gains -- games have to stop.
4:21 am 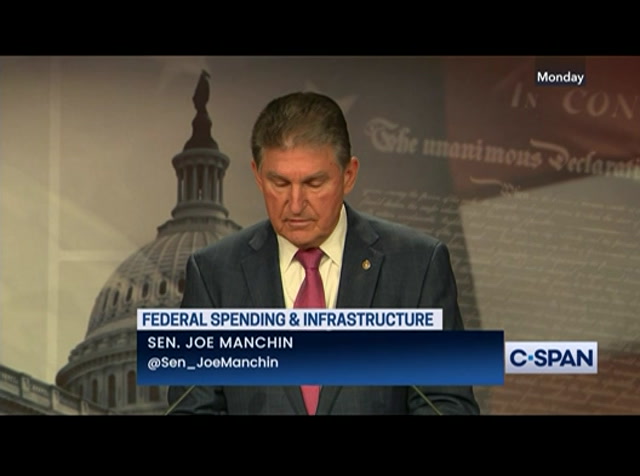 as you've heard, there were some house democrats who said they can't support it. this infrastructure package until they get my commitment on the reconciliation legislation. it is time to vote on the bill and then go home and explain to your constituents the decision you made. of always said if i can't go home and explain it, i can't vote for, and if i can, i will. i've worked on this for three months. for the past three months with president biden, leader schumer, speaker pelosi and my colleagues on the reconciliation bill and i will continue to do so for the sake of our country, i urge the house to vote and pass the bipartisan infrastructure bill. throughout the last three months i've been straightforward about my concerns that i will not support the reconciliation package that expands social programs and irresponsibly adds
4:22 am 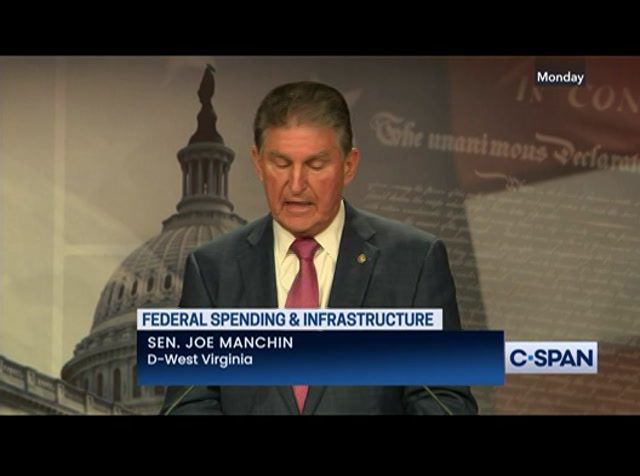 to our trillion dollars in national debt that no one seems to really care about or even talk about. normalize support a package that hurts american families suffering from historic inflation. simply put, i will not support a bill that is this consequential without thoroughly understanding the impact it will have on our national debt, our economy, and most importantly, all of our american people. every elected representative needs to know that they are voting for and the impact it has, not only on our constituents but the entire country. that is why we must allow time for complete transparency and analysis on the impact of changes to her tax code and energy and climate policies to ensure that our country is well-positioned to remain the superpower of the world. while we inspire the rest of the world toward a cleaner environment. i for one won't support a multi trillion dollar bill without greater clarity about why
4:23 am 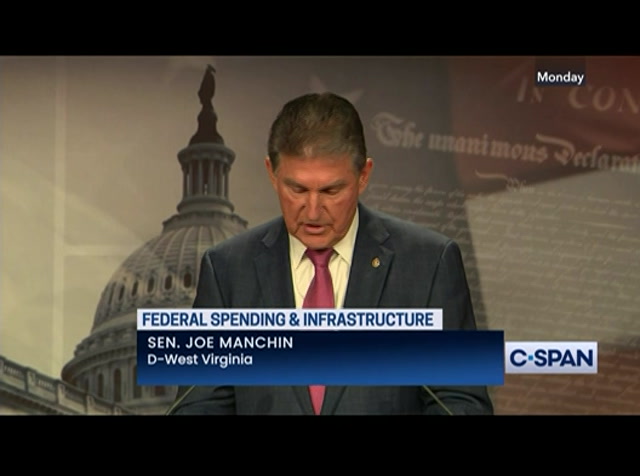 congress chooses to ignore the serious effect of inflation and debt will have on our economy and existing government programs. for example, how can i with a conscience vote for a bill that proposes massive expansion of social programs and vital programs like social security and medicare face insolvency and benefits could start being reduced as soon as 2026 and medicare in 2033 and social security. how does that make sense? i don't think it does. meanwhile, elected leaders continue to ignore exploding inflation and our national debt continues to grow and interest payments on the debt will start to rapidly increase when the fed has to start raising interest rates should try to slow down this runaway inflation. with these factors in mind and all these factors we've spoken about, i've worked on this thing with months with all my colleagues to try to find a middle ground and a fiscally
quote
4:24 am 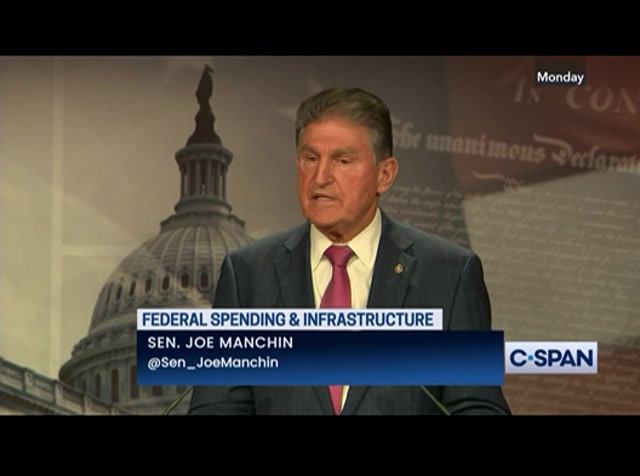 responsible piece of legislation that fixes the flaws of the 2017 trump tax bill that i thought was waited too far to the high-end earners and the needs of american families and children. however, as more details outline the basic framework, what i see are shell games, budget gimmicks that make the real cost of the so-called $1.75 trillion bill estimated to be almost twice that amount. if the full is run out, and that we haven't even spoken about. this is a recipe for economic crisis. none about should ever misrepresent to the american people what the real cost of legislation is. i've worked hard to find a path to compromise but it's obvious compromise is not good enough for a lot of my colleagues in congress. it's all or nothing. in her position doesn't seem to change unless we agree to
4:25 am 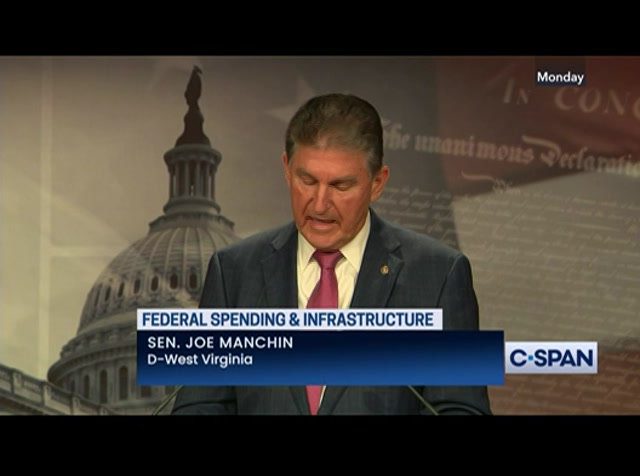 everything. enough is enough. is tamar elected leaders in washington, all of us, stop playing games with the needs of the american people and holding a critical infrastructure bill hostage. while there is opportunity in the reconciliation bill that we can all agree on, and we've been talking about this for months. again, to be clear, i will not support the reconciliation legislation without knowing how the bill will impact our debt and our economy and our country, and we won't know that until we work through the debts. for the sake of our country, i am urging all my colleagues in the house to vote and pass the bipartisan infrastructure bill. is bipartisan. 69 votes, we worked on that for many, many months. as i've said before, holding that bill hostage is not going to work to get my support of what you want. it's what we should all agree on and work through the process. i'm open to supporting a final bill that helps move our country forward, but i'm equally open to voting against a bill that hurts
4:26 am 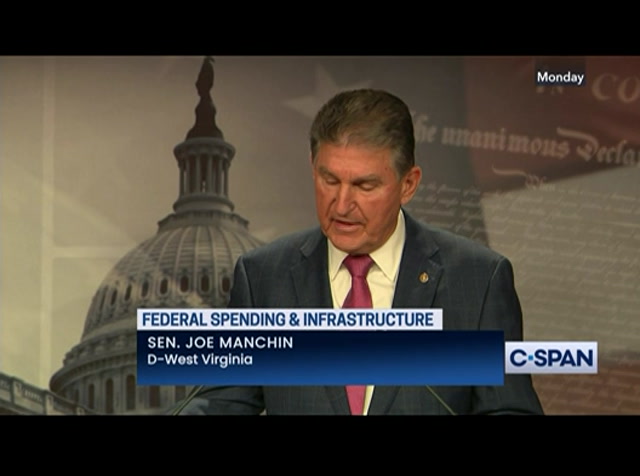 our country. and i've been very clear about that also. most importantly it hurts every american. let's work together, and i mean that. let's all work together on getting a sensible reconciliation package that strengthens our nation and makes us better and makes the world better. thank you all. let me say one thing. i'm not going to negotiate in public on this. i have been dealing with good faith and will continue to deal in good faith with all my colleagues on both sides. it's time to pass a bill and quit playing games.
4:27 am 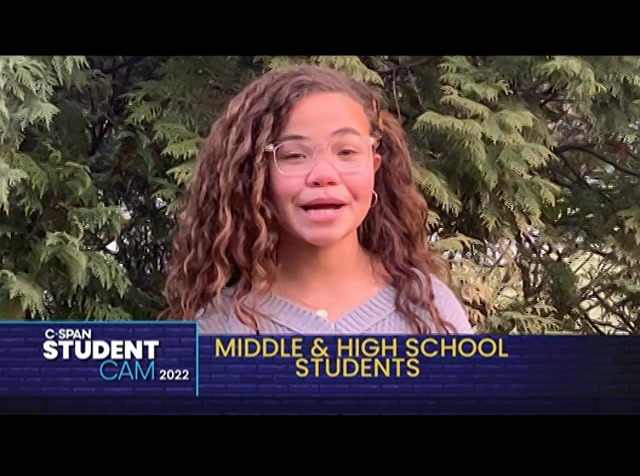 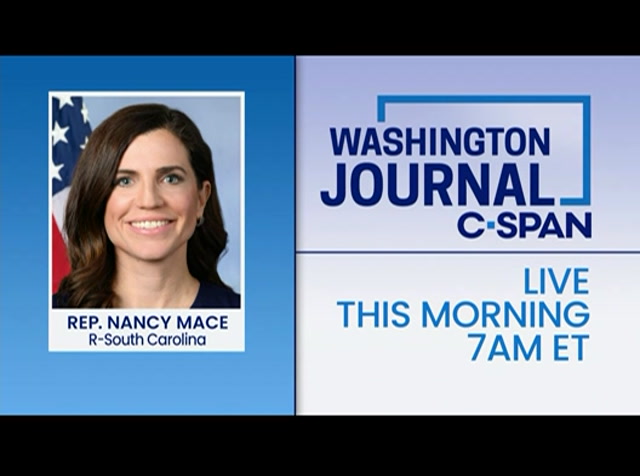 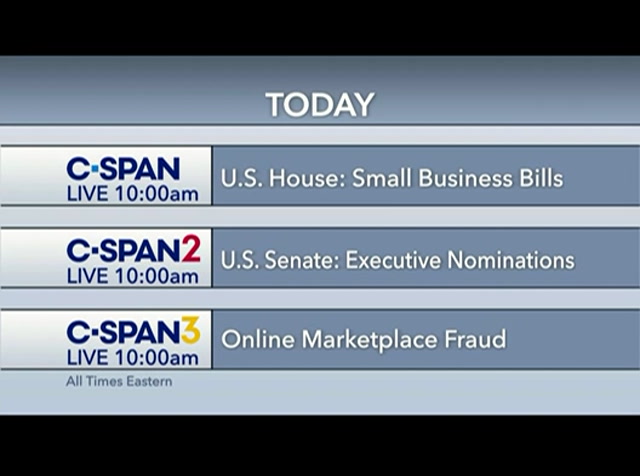 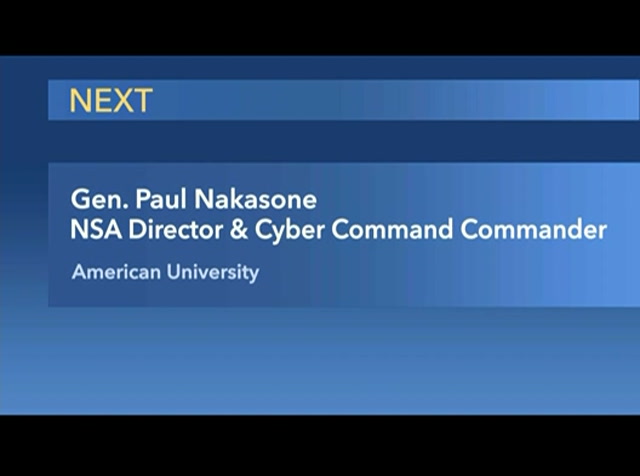 Sen. Joe Manchin (D-WV) gave an update on infrastructure & spending negotiations. He accused and criticized House Democrats of holding the bipartisan infrastructure bill hostage. He added that if they want his support on the reconciliation bill this is not the way to do it. He called for an immediate vote in the House on the infrastructure bill.