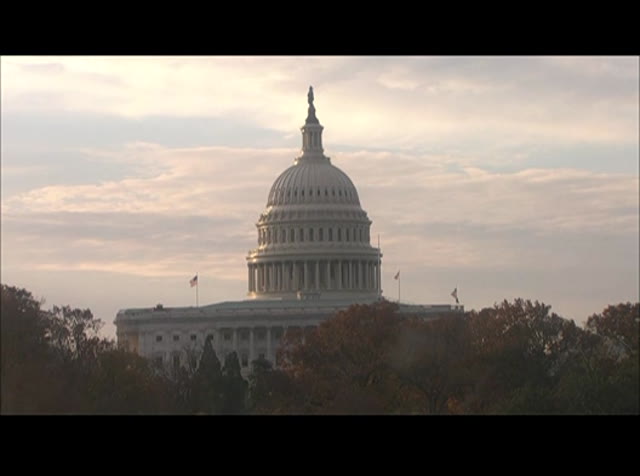 of course, that is our main responsibility here on c-span is live coverage of the u.s. house. going to be a long day, we expect fewer. we are back tomorrow at 7:00 a.m. eastern. we hope you are, too. [captioning made possible by the national captioning institute, inc., in cooperation with the united states house of representatives. any use of the closed-captioned coverage of the house proceedings for political or commercial purposes is expressly prohibited by the u.s. house of representatives.] the speaker pro tempore: the house will be in order. the chair lays before the house a communication from the
8:01 am

speaker. the clerk: the speaker's room, washington, d.c., december 2, 2021. i hereby appoint the honorable paul tonko to act as speaker pro tempore on this day. signed, nancy pelosi, speaker of the house of representatives. the speaker pro tempore: pursuant to the order of the house of january 4, 2021, the chair will now recognize members from lists submitted by the majority and minority leaders for morning hour debate. the chair will alternate recognition between the parties. with time equally allocated between parties and each member other than the majority and minority leaders and minority whip limited to five minutes. but in no event shall debate continue beyond 9:50 a.m. the chair recognizes the gentleman from pennsylvania, representative thompson, for five minutes. mr. thompson: thank you, mr. speaker. mr. speaker, i rise today to recognize the life and legacy of
8:02 am 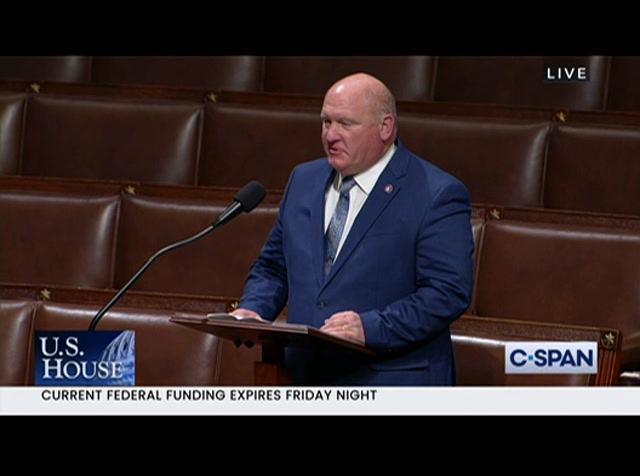 pat dock erty, a pillar -- dockerty, a pillar of the community. he was a mentor to many, a friend to all, and a champion to our community. sadly, pat passed away on november 7, at the age of 75. while his absence have been felt by friends, family, and loved ones, the outpouring of antidotes and stories of those who have known pat over the years is illustrated as a life well lived. pat first arrived in state college in the 1960's during his first year at penn state university. he was a two-time graduate of the university with a bachelor's and master's degree in civil engineering. pat, like many students, worked an offcampus job. pat's place of employment was the historic inn turned restaurant called the tavern. it would only be a few years later pat would return to the tavern, this time as its owner. for the next 40 years, pat
8:03 am 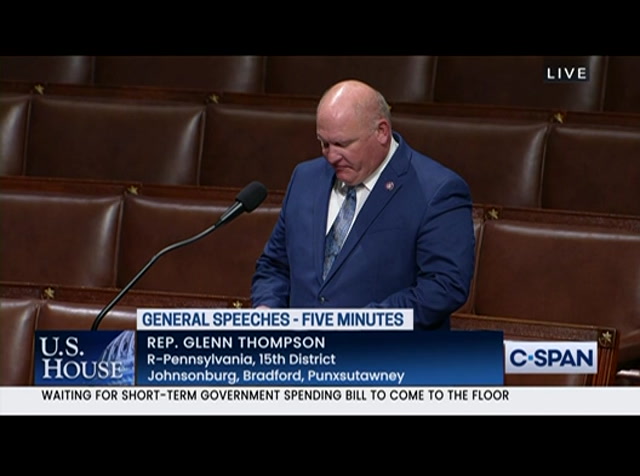 welcomed students, staff, and the penn state nation and visitors of all kind to his restaurant. always greeted him with a -- them with a smile on his face. pat loved the community and loved penn state. he cared so much for his town and would do everything he could to make it a he could to make it a better place. his drive to connect to the community, to the college, and the college to the community was evident. throughout the years, owning the tavern, pat employed hundreds of penn state students. he's beloved by generations due to his years of mentorship. he was always giving back as an active volunteer and avid sports lover. he was a supporter of all penn state sports program. the tavern had several endowments, including wrestling. the tavern actively supported mount nittany medical center, nittany valley symphony, the
8:04 am 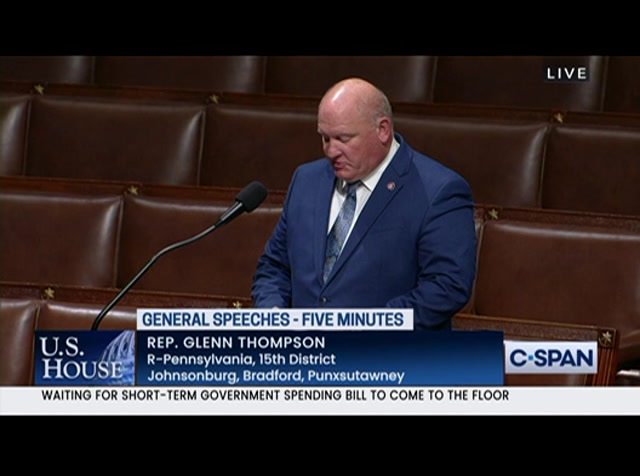 pennsylvania chamber orchestra as well as the festival of the arts. pat always made the community a better place, it did not go unnotice, and his contributions to state college could not be overstated. in 1999, penn state named him the renaissance fund honoree. it is a tribute through philanthropy and civic leadership. that year, they endowed three scholarships in honor of pat, his mother, and tavern alumni. more than 20 years later it is awarded to students with academic records for those who need the greatest financial need. his if i atlanta row fee did not stop -- philanthropy did not stop with the college. he served among a variety of organizations. he was a member of the downtown improvement district where he played a significant role in the
8:05 am 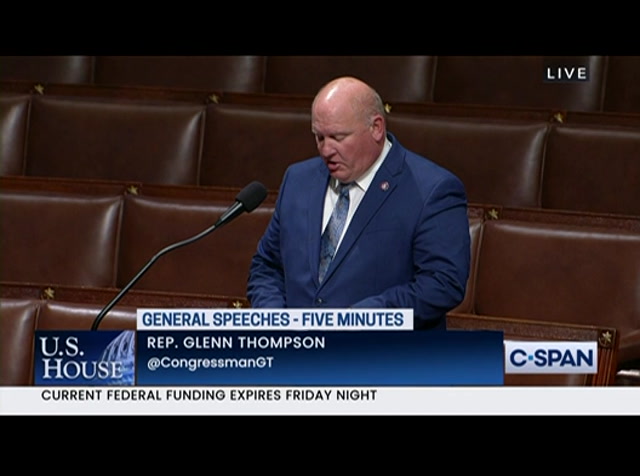 planning of the future of downtown state college. he served on the board of the chamber of business of center county and the pennsylvania restaurant association. he was always ready to lend a helping hand and in 2019, the board of center county's constitution day celebration awarded him for the james madison award for civility in the community. i have fond memories of meeting with pat in the community and especially here on capitol hill when he would travel to washington on behalf of the pennsylvania restaurant association. we would share a laugh and during one visit he shared a recipe for the tavern's original recipe of sin cocktail with my staff. his work during the community is more than working in a restaurant. for more of his years, he was a member, a pillar of the community, a mentor, and an avid supporter of penn state university and the greater center region and pat was someone who everyone called a
8:06 am 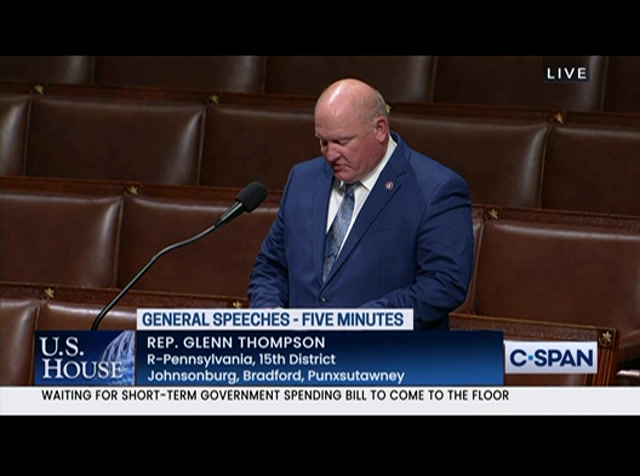 friend. i offer my condoleanses to his -- condolences to his wife, family and friends. his memory will live on forever. thank you, mr. speaker. i yield back the balance of my time. the speaker pro tempore: the gentleman yields back. the chair recognizes the gentleman from california, mr. mcclintock, are for five minutes -- for five minutes, please. mr. mcclintock: mr. speaker, the fire raged in the sierra nevada of california for 68 days last summer, consuming more than 221,000 acres of forest land, making it the 15th largest and the 16th most destructive fire in the history of california. it literally wiped out the gold rush era town of grizzly flats and for days threatened the city of lake tahoe. it destroyed nearly 800 homes, leaving hundreds of families homeless and destitute. on september 13, president biden visited the scene.
8:07 am 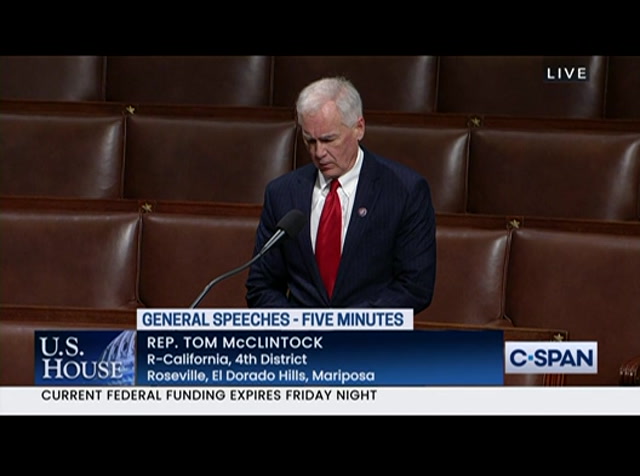 on that occasion, officials from el dorado county apprised him of the need to assist these displaced families. he said, quote, we're going to take care of them. there's a lot we can do. and it starts off by a federal responsibility, in my view. the president was absolutely correct in that assessment. the fire exploded in the el dorado national forest that was catastrophically overgrown due to federal and environmental laws that made removal of excess timber all but impossible. according to local officials i've spoken with, the excessive use of backfires by the forest service also appears to have needlessly exacerbated the fire. this fire is indeed a federal responsibility, and the federal government owes to every one of the fire's victims the full resources available to get them back on their feet. and yet, despite multiple appeals, the federal emergency
8:08 am 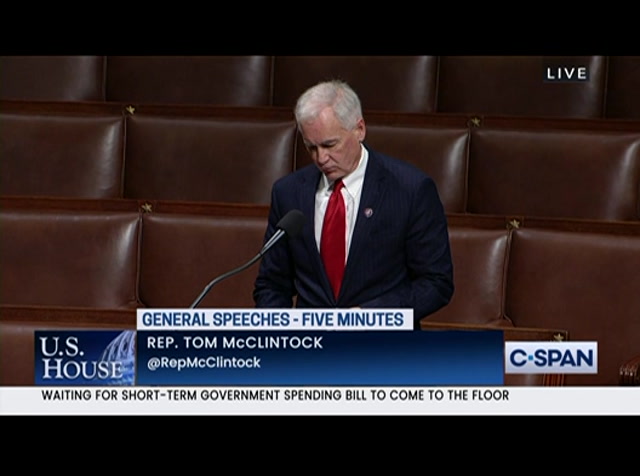 management agency has refused to approve individual assistance for the victims of the caldor fire. the fema denial is a stunning double standard when compared with assistance granted in other fires that did far less damage. for example, the california office of emergency services identified nine other individual assistance grants that fema approved in 2021 for fires that cumulatively destroyed fewer homes than those destroyed by the caldor fire alone. survivors hoping to rebuild their homes face a deficit of $200,000 or more. many survivors are uninsured and many are underinsured due to the recent wildfire season. some that are able to remain on their property still lack access to potable water. grizzly flats residents are
8:09 am 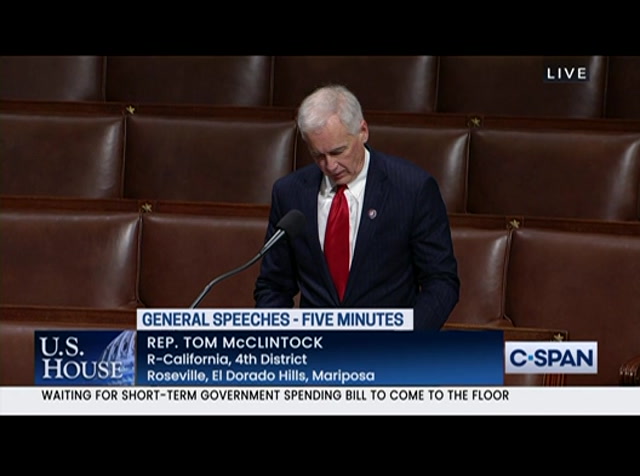 low-income, elderly, and socioeconomically vulnerable. their homes and their belongings were all they had, and now they have nothing. even those who did not lose their businesses to the fire lost many months of income since the evacuation shut everything down. the regional economy will continue to suffer if survivors are not able to rebuild. critical infrastructure either has been damaged or completely destroyed, including schools, fire stations, and the grizzly flats post office. while local officials, residents and organizations are doing everything they can to provide support to one another and to rebuild, they will not be able to recover without the federal assistance they desperately need and fema denied assistance to the fire in fresno county. president biden granted individual assistance to these homeowners. president biden made a solemn
8:10 am 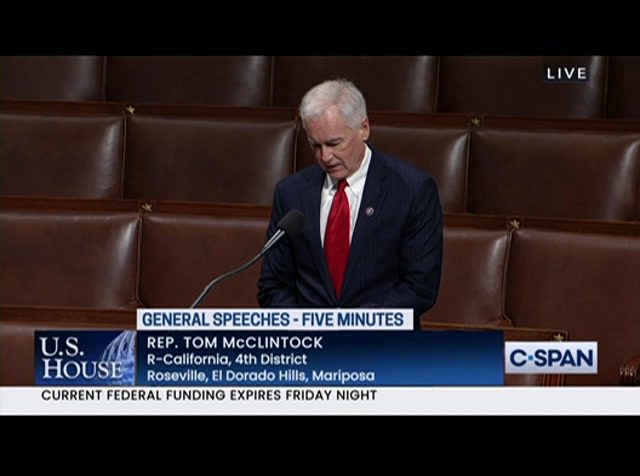 promise to help those of the caldor fire. he saw the damage and heartbreak caused by the fire. he has the authority to reverse fema's denial. i have written three letters to him making this request. so far i have not even received the courtesy of a response. we're going to take care of them and there's a lot we can do, those were the president's words spoken to these families in september. these families have now passed their first thanksgiving without their homes, and many without their livelihoods that were taken from them by this federal fire. they're approaching a dismal christmas, waiting and praying for the president to fulfill his promise. i ask the president to fulfill his authority, to keep his promise to those victims of the caldor fire. as those that president trump did to the creek fire, i ask fema to release the funds these families are depending upon to rebuild their lives and their communities. i yield back.
8:11 am 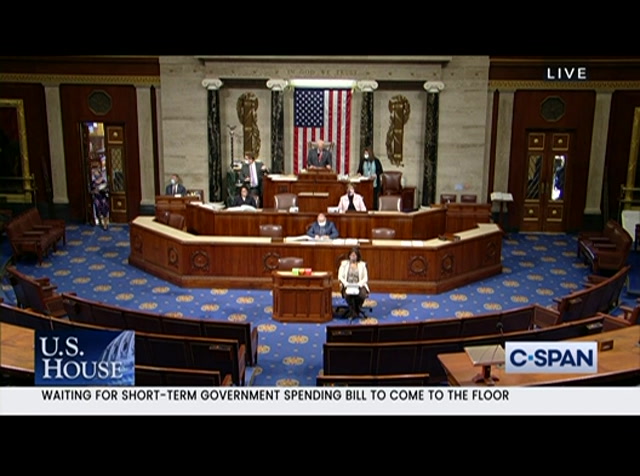 the speaker pro tempore: the gentleman yields back. pursuant to clause 12-a of rule 1, the chair declares the house in recess >> c-span is your unfiltered view of government. we are funded by these companies , including cox. >> cox, bringing us closer. >> cox supports c-span as a public service, along with these other television providers, giving you a front row seat to democracy. >> this morning, biden
8:12 am 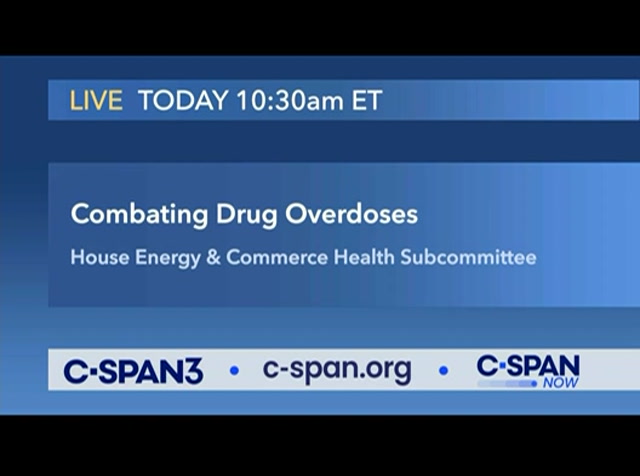 administration officials testify on a poser to combat of this it fentanyl related substances and reduce the number of drug-related overdoses in the u.s. watch live on c-span3, online at c-span.org or watch full coverage on c-span now, our new video app. >> the house select committee task with investigating the january 6 u.s. capitol voted unanimously to recommend criminal contempt charges against former trump administration official jeffrey clark for refusing to comply with a congressional subpoena. members moved forward with the referral, despite indications from mr. clark's attorneys that he is now willing to meet with the committee to reassert his fifth amendment right. if the house were to take up the resolution, mr. clark would become the second person to face potential prosecution in relation to the january 6 investigation.
left
right
Borrow Program
tv

[LIVE] The House will work on extending government funding past Friday.