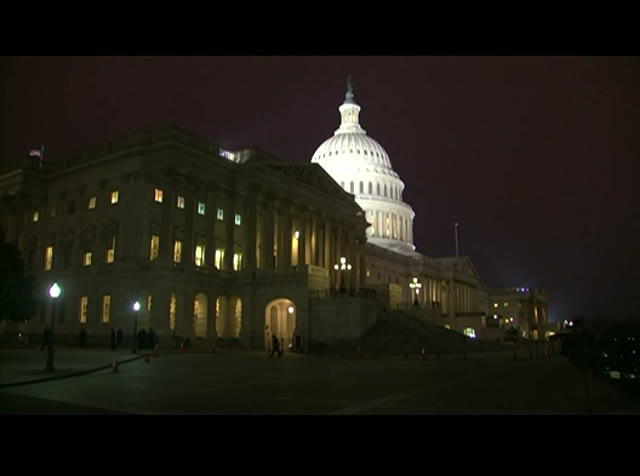 during a brief house session, speaker pelosi spoke on the one-year anniversary of the january 6 attack. following her remarks, members held a moment of silence. more than 140 police officers were injured in seven people died in connection with the attack. the speaker: the house will be in order. the prayer will be offered by our chaplain, chaplain kibben. chaplain kibben: would you pray with me. sovereign god, these times are in your hands. incline your ear to us and hear our prayers for our congress,
4:31 pm 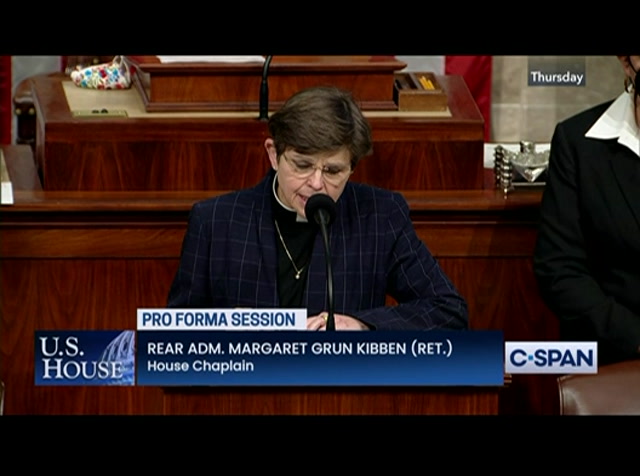 for our nation, for its people. as compatriots we are too often separated by politics and perspectives, individual certainties and intractable opinions. on this anniversary of national discord and despair, send your healing spirit among us and tend to the dispiritedness and disagreement here within and around the people's house. this day, into your hands we commend our spirits of fear, anger and uncertainty and ask that you would revive in us our shared commitment to this country's highest ideals, its strength in its diversity, its power in its defense of the common good. on these virtues was our country founded and for them countless heroes have sacrificed. remind us, inspire us, the
4:32 pm 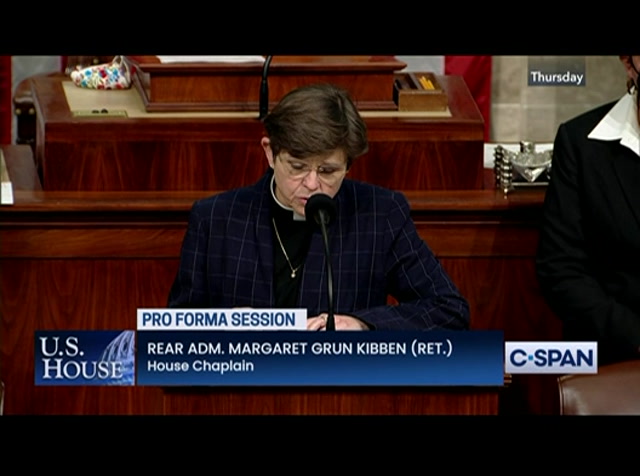 aggrieved, the skeptical, the disenfranchised, all of us to hold true and remain worthy of this noble heritage. we offer the words of abraham lynn con. that once again -- lincoln. that once again we would emerge from our national turmoil with malice toward none and charity for all. with firmness in the right as you give to us see the right, to finish the work we are in, to bind up the nation's wounds. to do all which me a achieve and -- which may achieve and cherish a just and lasting peace among ourselves. merciful god, we store to us this sacred obligation of unity and moral purpose. inspire us to live lives which serve as a witness to your restoration and reconciliation. we pray your peace over your people. in your sovereign name we pray, amen.
4:33 pm 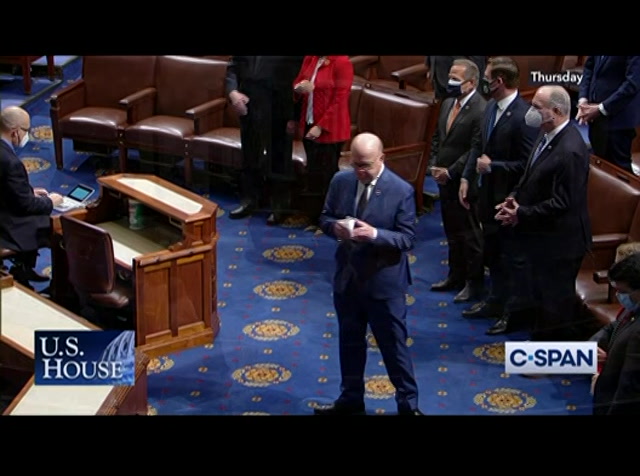 the speaker: pursuant to section 11-a, resolution 188, the journal of the last day's proceedings is approved. the pledge of allegiance will be led by the gentleman from massachusetts, mr. mcgovern. mr. mcgovern: i pledge allegiance to the flag of the united states of america and to the republic for which it stands, one nation, under god, indivisible, with liberty and justice for all. the speaker: pursuant to section 4-a of house resolution 829, no organizational or legislative business will be conducted on this day. the chair will address the chamber. today, one year ago, the capitol and those who work within it were targeted in a violent insurrection that sought to undermine democracy. as we acknowledge the horror of that day, we honor the heroism of so many, particularly u.s. capitol police, institutional
4:34 pm 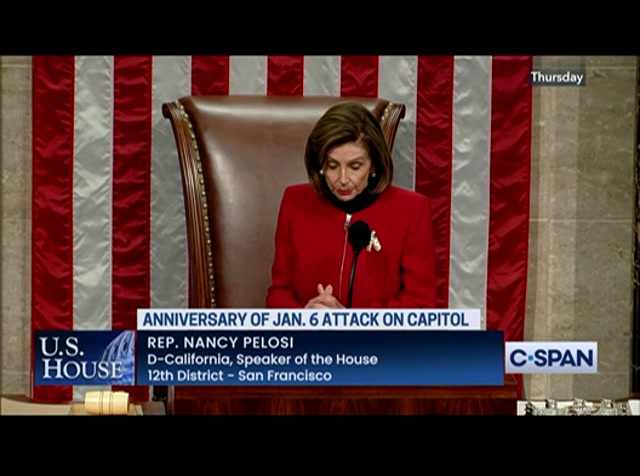 staff, floor leadership, committee and member staff. we had a session this morning where we could say thank you to many of them. unfortunately covid did not enable us to have the full house. we will have another time when the attending physician allows. but as we acknowledge the horror of that day, in the face of extreme danger, they all risked their safety for our democracy by protecting the capitol complex, members, staff, press, etc., the press within. safeguarding the ballots in those mahogany boxes to validate the election. and ensuring that congress could accomplish our purpose and honor our duty to the constitution and to our country. that day and the days after, they were the defenders of our democracy and their courage and patriotism remain an inspiration.
4:35 pm 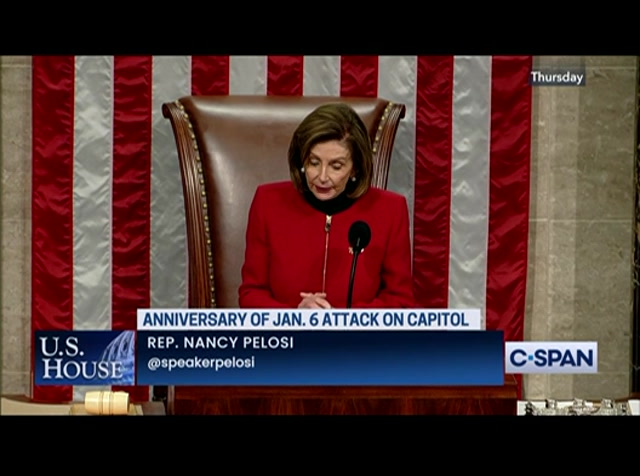 because of them congress was able to defeat the insurrection, to return to the capitol that same night, to ensure that the peaceful transfer of power took place. because of them and our members, the insurrection failed. one year later, the sacred space where members legislate, children learn, visitors are welcomed, was defiled and damaged, we know that. as we reflect on that darkest day, we remember that the insurrectionists sought not only to attack the building, but to undermine democracy itself. when the violent assault was made on the capitol, its purpose was to thwart congress' constitutional duty to validate the electoral count and to ensure the peaceful transfer of power. but the assault did not deter us from our duty. i say again. and this capitol, a symbol of democracy to the world, that evening, the congress, because of the courage of all of you,
4:36 pm 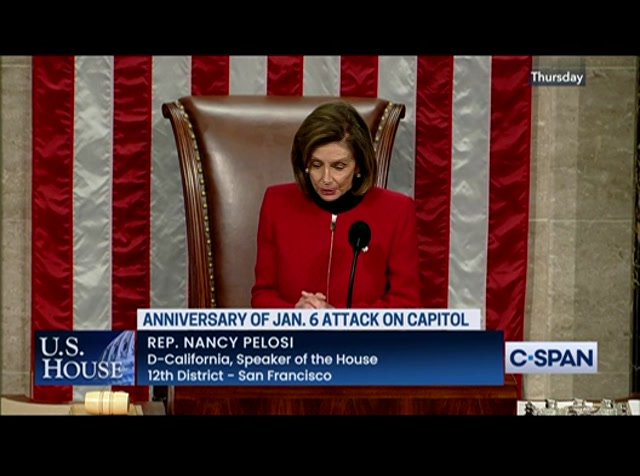 rose to honor our oath and protect our democracy. we did so, honoring the words of president lincoln during the civil war. fellow citizens, he said, we cannot escape history. we will be remembered in spite of ourselves. no personal insignificance or significance can spare us one or another. we hold the power, therefore we bear the responsibility. lincoln said. today we accept responsibility as daunting and demanding as any the previous generations of leadership have faced. since the january 6 insurrection, there have been continued assaults on our democracy, undermining the sanctity of the voting, integrity of our elections, which are the basis of our democracy. let us be true to the vision of our founders who permanently established our democracy and made it a model for the world. let us honor the sacrifice of
4:37 pm 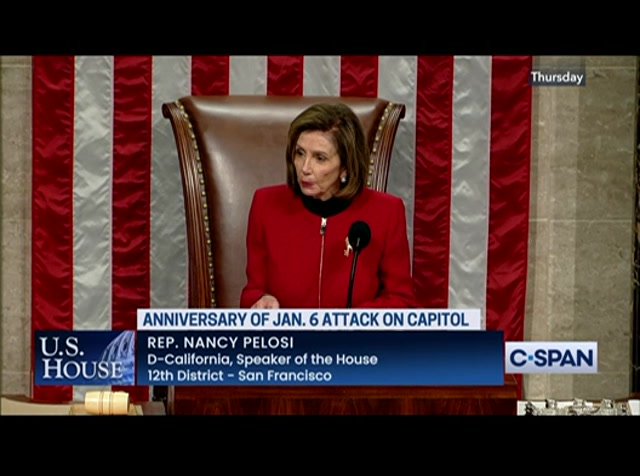 our men and women in uniform who protect that freedom with their lives. and let us remember the word of another president, our patriarch, president george washington. when he delivered the constitution to the congress, he said this. he said, this constitution represents the creation of a government which would allow for the continuation of rigorous debate, but we lies -- relies upon the common sense and good faith of the american people to find the better angels of our nature. as we proceed, let us find our common ground, reach our nation's heights with liberty and justice for all. remembering the words of our great patriarch. and in the spirit that our chaplain referenced of president lincoln. with malice toward none and with charity toward all. let us acknowledge today, as i
4:38 pm 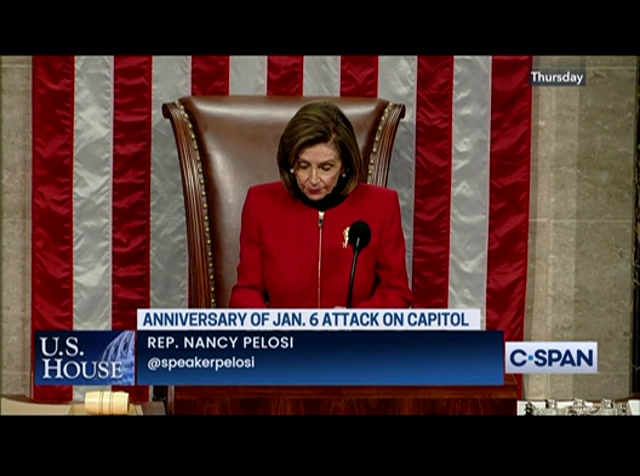 conclude i want to acknowledge our fallin heroes of that -- fallen heroes of that day. u.s. capitol police officer brian sicknick. howard livinggood. metropolitanner officer jeffrey smith. u.s. capitol police officer billy evans of a later assault. now i ask all members to rise for a moment of silence in their memory . thank you. pursuant to section 11-b of house resolution 188, the house stands adjourned until 6:30 p.m.
4:39 pm 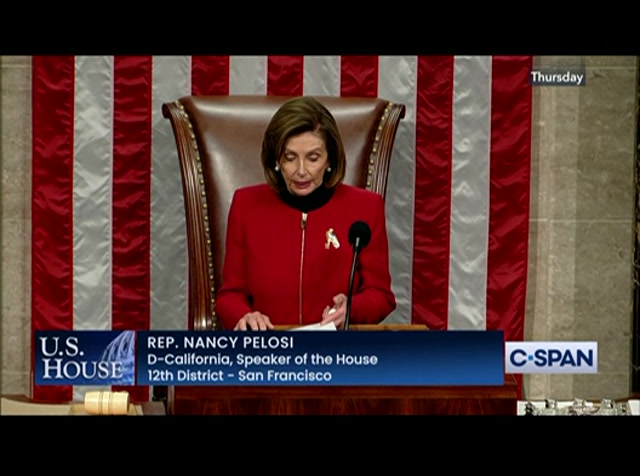 on monday, january 10, 2022. announcer: president biden, former president obama, nancy pelosi, and chuck schumer spoke at the funeral service of harry reid in las vegas today. watch online, c-span.org, or our new video app, sees and now. -- c-span now. announcer: c-span's washington journal, every day taking your calls live on the air on the news of the day and discussing policy issues that impact you. in the morning, the sunday morning, former president trump's role in the gop and partisan divisions in congress. then the university of baltimore law professor talks about the
4:40 pm 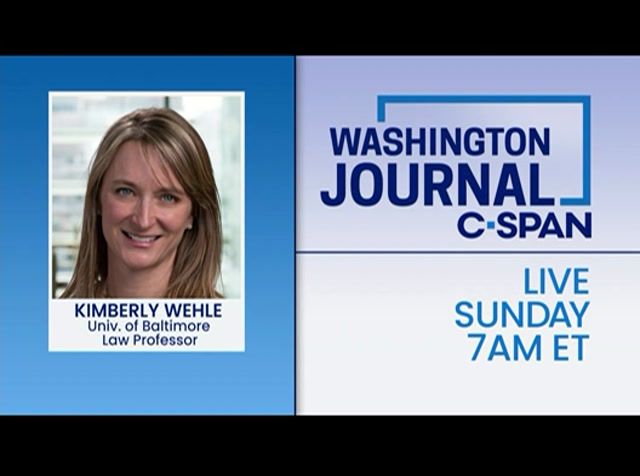 january 6 investigation and efforts to reform the electoral process and voting rights. watch washington journal live at 7:00 a.m. eastern sunday morning on c-span or on c-span now, our new mobile app. join the discussion with your phone calls, facebook comments, text messages, and tweets. announcer: c-span is your unfiltered view of government, funded by these television companies and more, including charter communications. ♪ >> broadband is a force for empowerment, that is why charter has invested billions building infrastructure, upgrading technology, and powering opportunities in communities big and small. charter is connecting us. announcer: charter communications support c-span as a public service, along with these other television providers, giving you a front row seat to democracy. announcer: washington unfiltered
4:41 pm 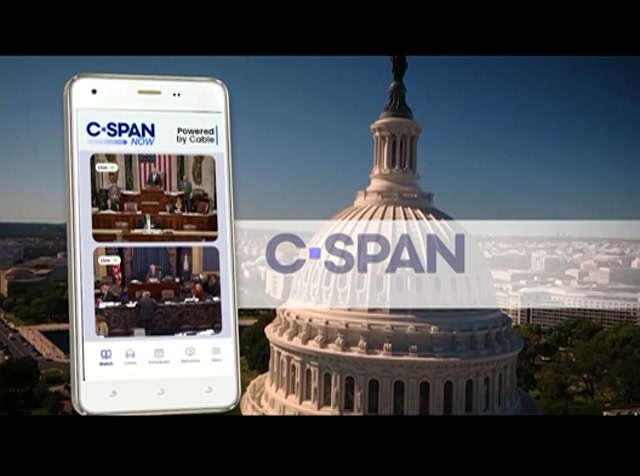 The House held a brief session with no votes scheduled. Speaker Nancy Pelosi gave brief remarks acknowledging the one year anniversary of the January 6 attack at the U.S. Capitol. Following her remarks, members marked the day with a moment of silence. More than 140 officers were injured and at least 7 people died in connection to the attack.