there are a ton of routes for her to get to 270. there's only one for donald trump. >> that would be fascinating, her losing ohio and winning north carolina. that's "all in" for this evening. the rachel maddow show starts right now. good evening. >> thanks, my friend. good to see you. thanks at home for joining us this hour. happy wednesday. we think of them as presidential debates, but they were not presidential debates. there were seven of them in a row, all between the same two candidates. the first one was in late august and the whole string of all seven of them, they went right through mid-october. and these seven debates were held in seven different towns. by the end of it there was such a frenzy around these debates that tens of thousands of people were turning out in person to try to see them. in fact, in galesberg, illinois, at knox college, the crowds
6:01 pm

there were no thick on the site of the debate that organizers worried they weren't going to be able to get the candidates safely through the giant crowds and up on to the stage, at least in enough time to start on time. so they improvised a solution. they had the candidates at knox college, they had them evade the crowd and just mysteriously pop up on the back of the stage as a kind of dramatic surprise by climbing through a window in the building nearest to the stage. that's how they got to the stage. and you see that re-enacted here because c-span in c-span's infinite wisdom in 1994, they went through the trouble of re-enacting all seven of those debates. and that is as close as we ever got to a televised version of what are still regarded as the greatest american political depates of all time. it was 1858. it was stephen douglas, the
6:02 pm

short guy versus abraham lincoln, the tall guy. each of their debates were hours long. they did do this series of seven in a row in seven different towns. mostly what they debated was slavery, lincoln's opposition to slavery versus douglas' belief that individual states should decide what they want to do on the issue. at the end of those absolutely legendary seven debates, abraham lincoln lost because the legendary lincoln/douglas debates of 1858, those were not presidential debates. those were debates for an illinois senate seat. stephen douglas was the incouple be -- incumbent senator from illinois, lincoln was trying to take his seat newspapers sending reporters to attend they did baits and tribe every word of them and publish them in the newspaper with whole swaths of the country hanging on the performance of these two
6:03 pm

candidates, at the end of it all, at the tend of the series of seven debates, lincoln did win the popular vote on election day, but at that time about popular vote didn't choose who your senator was. senators were actually decided by the state legislature. and the state legislature in illinois that year, they didn't pick lincoln. they picked stephen douglas. that was 1858. and then two years later, the same two guys, lincoln and douglas, abraham lincoln, stephen douglas squared off again. second time, though, it wasn't for an illinois senate seat. second time it was for the presidency. by that point the lincoln/douglas debates had been published not just in newspapers all over the country, they'd been published in book form and abraham lincoln's national stature as a man standing against slavery, his stature had only grown. even though stephen douglas beat him for that senate seat, two years later when the contest was
6:04 pm

for the presidency, lincoln beat douglas. in that presidential race, stephen douglas did not come in second to abraham lincoln. he came in fourth. because the politics of slavery had basically blown up party politics in this country. and abraham lincoln stood as a republican for the brand-new republican party and stephen douglas stood as a democrat but the democratic party had split in two. there was another presidential candidate besides stephen douglas who ran as a southern democrat that year. there was also a third candidate that ran, something called the constitutional union party ran a candidate, that's a party that basically existed just for that election. they fielded a candidate who more than tripled stephen douglas' vote for the president but instantly that party disappeared. you never heard of it again. that's how abraham lincoln became president. between the day he was elected and the day he was sworn in,
6:05 pm

seven states seceded from the union and we headed down the path toward a civil war in this country over the issue of slavery. talk about a consequential election, right? by the time that election was being held in 1860, there was a relatively new anti-slavery magazine that was becoming influential called the atlantic monthly. three years after they were founded, the founding editor of that magazine decided that the atlantic monthly would make a presidential endorsement. they in fact endorsed abraham lincoln in the presidential election of 1860. to endorse lincoln that year was to go out on a limb in terms of party politics. because the republican party was brand-new at that point. they never had a presidential -- president from the republican party before. all the parties were sort of falling apart, even the old ones were fracturing and splitting and renaming themselves and popping up in new iterations and disappearing.
6:06 pm

slavery was just tearing the country apart including all of our political institutions. but the atlantic monthly that year in 1860, they decided to plight their troth with a young abraham lincoln. they were coming at it for a very clear reason. it is in a moral aversion to slavery as a great wrong that the chief strength of the republican party lies. so i mean, yeah, they liked abraham lincoln well enough. he has experience enough in public affairs to make him a statesman and not enough to make him a politician, which was kind of a nice cute thing to say about somebody, right? but the passion behind that endorsement was about the issue, was about trying to stop slavery, and they recognized that that's what that election was about in our country. they made that endorsement in 1860. they endorsed lincoln for president. and the atlantic monthly, they went more than a hundred years before they ever made another
6:07 pm

presidential endorsement. they waited until not even 1960, but 1964, 104 years later before they did it again. 1964, of course, the year after jfk was assassinated in office, lyndon johnson was the brand-new incumbent president running for his first full term in his own right. in that year, 1964, for the first time in 104 years that magazine got off the pot again for the first time since lincoln. it's interesting. they said sort of nice enough things about lbj. they said, for example, that they admired him for, quote, the continuity with which he has maintained our foreign policy. which is nice. that clearly would not be enough of a reason for them to make a presidential endorsement that year for the first time since lincoln. what drove them that year turns out was not their enthusiasm for lbj but rather their quite opposite feelings about lbj's opponent. it was their horror that barry
6:08 pm

goldwater would become the president. and at the atlantic they worried about, according to their endorsement that year, they worried about goldwater's cavalier attitude toward nuclear weapons, on civil rights they worried that his proposal to let states in the deep south make their own decisions on segregation and civil rights, they thought it would establish an american apartheid.
6:09 pm 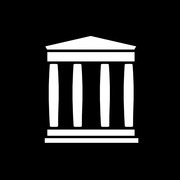