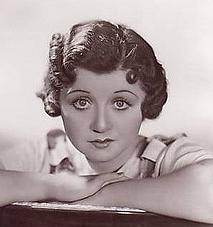 Updated, The Music Of Mae Questel in the Archive. By BoopBoopaddoop

Mae Questel was the woman behind the voice of Olive Oyl, Casper the Friendly Ghost, Little Audry, Little Lulu, and Betty Boop. Born in the Bronx in 1912,

at the age of 17 by winning a competition that was held in the RKO Fordham Theater in order to select a young lady who could most successfully imitate Helen Kane's whiny neurotic baby talk act, already becoming famous for its tag line, "Boop-boop-be-doop." The Helen Kane impersonation contest was held immediately after a live Helen Kane performance, which Questel claimed to have watched most carefully. Triumphant and now armed with an RKO vaudeville circuit contract, she began working steadily as "Mae Questel -- Personality Singer of Personality Songs" in 1930, impersonating Fanny Brice, Marlene Dietrich, Ruth Etting, Eddie Cantor, Rudy Vallée, and Maurice Chevalier. In 1931, not long after Max Fleischer and his team of horny animators developed a flirtatious cartoon character who gyrated across the silver screen while emitting a steady stream of "boops" and "doops," Questel was chosen to provide voice-overs for this creature's outbursts. More than 150 Betty Boop cartoons were made over the next eight years,


Helen Kane eventually sued the Fleischer studios for swiping her persona -- and lost. Several singers hopped on the Boop bandwagon, including Annette Hanshaw and someone billed only as "the Mystery Girl,Who was known as kathryn/catherine Wright aka Kate wright who was also another voice for Betty Boop" but Mae Questel out-Booped them all with a series of cutesy, Boop-infested records made in the mid-'30s, including "On the Good Ship Lollipop" and "At the Codfish Ball." These ditsy yet immensely popular million-seller recordings soon put her in direct competition with the prepubescent Shirley Temple. Also in the mid-'30s, Mae Questel came up with voices for the Popeye cartoons; she spoke through both the infantile Swee' Pea and gangly, elastic Olive Oyl, whose voice she said grew out of her imitation of actress Zasu Pitts.


"However, Mae had to have known that Betty was based on Helen. Her entire career was based on her original impersonation of Helen Kane. On the night of the fateful contest,Helen Kane had autographed a photo to Mae that said, 'To another Helen Kane.'"


The Songs In this Archive are -

Reviewer: entropyeater - favoritefavoritefavoritefavoritefavorite - June 29, 2019
Subject: lovely recording
My 3 year old and i love watching betty boop cartoons because they are fun and mostly wholesome and inoffensive, and totally uncommercial compared to everything today. This record brings that same ethos to music, with cute, fun, mostly haply songs.

Reviewer: BoopBoopaddoop - favoritefavoritefavoritefavoritefavorite - October 6, 2010
Subject: Mae Questel The Voice Behind the Cartoons
She Was The Voice Behind Casper,Felix & Olive Oyl, Popeye, Little audrey, little lulu, And many other Cartoon characters,
She Did imitate Helen kane becuse helen kane signed her a autograph saying > To the Other Me.
Mae Questels Mainly Reconised For her Main Role Voice for The Cartoon 1930s character Betty Boop she even played betty boop in Musical justice 1931 also claimed to have lived the life of betty boop also known as the betty boop girl. although she wasnt the only voice of the animated character Betty Boop, Margie Hines, Ann Rothschild aka Little Ann Little, Bonnie Poe & Kate Wright also provided the voice for Betty Boop, its just Mae was the best liked voice over artist.

Helen Kane was still the Original Boop Oop a Doop Girl, but her popularity decreased as time went by.

Mae's Fame was mostly in voice work for animated characters, although she appeared in films & shorts around the early 30s when her career had kicked off. As mae had got older she appeared in more tvs & movies, like
Lampoons Christmas & various Woody allen movies. she finally voiced Betty one last time in who framed roger rabbit. according to rumors mae re-auditioned for the Role of Olive Oyl in the 80s Hannah Barbera Shorts but was turned down in favour of Marilyn Schreffler who eventually died of liver cancer.

Mae Questel R.I.P You Will always be Remembered For Your Role As Betty Boop and proberly also Olive Oyl and many other cartoons from the fleischer studios & Famous studios & Radio and anything you ever used your great skill of imitation for.