Orwell Rolls in his Grave

Orwell Rolls in his Grave

Excerpts from the full version by Robert Kane Pappas.
This independent documentary takes a deeply disturbing look at how mass media is controlled by only a handful of large corporations. The movie's premise is that these large corporations have one goal: to get larger and control the system that
reports the news. To this end, big media has aligned itself with the conservative Republican political minority and has pushed their selfish agenda in order to gain political favor and build fortunes.
Links:
http://www.orwellrollsinhisgrave.com
http://ignor.byethost4.com/not_this_nwo.htm 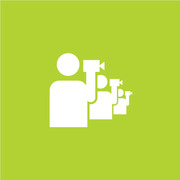