Universal Basic Income, Is It Time?

Universal Basic Income, Is It Time?

Universal Basic Income, Is It time?

Touted by the tech industry as a way to preserve livelihoods in a time of automation replacing workers, Universal Basic Income (UBI) is not a new concept. As a poverty alleviation idea, it has resonance in the EPIC program of 1930s California, and similar ideas were floated by leaders of social movements of the 1960s, including MLK, Jr. and the Black Panthers in their Ten Point Program. Through a discussion of UBI we take a look at the nature of work and classifying invisible work as work, and open up a larger conversation around economic and racial inequalities. Proponents see UBI as a way to get at a new social contract in the U.S., one that builds trust and a chance for truth and reconciliation. Christian Nagler discusses his research into UBI, including performative economics, economic futurity and forecasting, and the divergent political ideologies held within the perceived prefigurative communitarian movement. Anne Price discusses how UBI differs from the social welfare system in being steeped in racial justice rather than race, and how her work at the Insight Center for Community Economic Development in Oakland is addressing economic security. Sandhya Anantharaman of the Universal Income Project, an advocate of Universal Basic Income, talks about the radical impacts it could have on society. 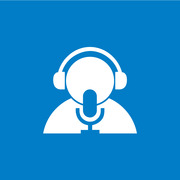