by
ABT ASSOCIATES INC CAMBRIDGE MA

"the game of TERROR was played at Abt Associates Inc. The only change from the previous play (TERROR-II) was the denial to the villagers of access to the full rules of the game. Instead, the villagers were presented with a heavily censored version of the rules, from which all numerical data were deleted. . . demonstrating the preeminent value of intelligence as opposed to brute force"

This report presents the feasibility of a computer model based on game findings that simulate some of the major aspects of the terror-phase of internal revolutionary conflict. The game, known as the ARPA-AGILE COIN GAME, was played fifteen times by varying groups. In the course of the manual simulations the games rules and conditions were refined toward increasing realism and playability. A set of detailed flow charts was developed for a design for a computer model simulation of elements of the terror phase of internal war, based on the game. The game was refined to the point of readiness for its application to counterinsurgency COIN training. This report covers the usefulness of manual games and simulation for insurgency research the COIN Game design, development and testing research findings the man-machine method for model building and the AGILE-COIN model simulation. 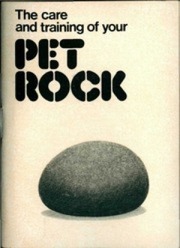