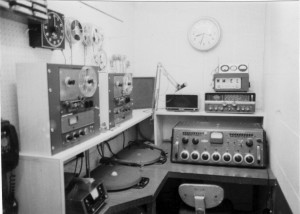 A collection of recorded airchecks and radio broadcasts throughout the decades.

A-LOg on the Airwaves Archive

Over 1,000 airchecks of radio stations around the US and the world by curator The Robz.

A collection of my personally recorded radio airchecks
Topic: aircheck

KFJC (89.7 FM) is a radio station from Los Altos Hills, CA. This is a collection of airchecks and broadcasts over the years.

Music Under the Moon

Airchecks from unauthorized broadcast radio stations throughout the years.

Airchecks recorded off of shortwave radio.

A collection of airchecks (off the air recordings) of many historical radio stations, primarily in the San Francisco Bay Area from the 1960s to 2000s, by Mike Schweizer (1953-2011), esteemed legend of radio and engineering. Recorded by Schweizer over the course of decades, this collection consists of the sample set of tapes that he took time to digitize and pass along to colleagues and friends. While the original archive of tapes were much larger, this set is thought to be all that survived...

An archive of talk shows derived over time by the White Rose Project.

Yajima Maimi Presents I My Me Maimi (Airchecks)

DESCRIPTION
A collection of recorded airchecks and radio broadcasts throughout the decades.
ACTIVITY