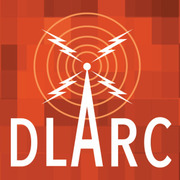 On the air with Howard Mills, W3HM.  Reminiscence about Howard's outstanding work repairing and restoring vintage radios. The conversation went from audio reception with a video portrayal, to some retro video taken at the Gaithersburg (Maryland) hamfest in 1995.
Topics: W3HM, 75A4, Collins 300G, GPT750, BC610, Collins 20V3, AR88

A gathering of licensed radio hobbyists on the 75 meter shortwave band that followed the Federal Communications Commission's 2006 Report and Order in WT Docket 04-140.  This proceeding helped create pleasant listening conditions such as those in this audio recording. The venue was described as "Peaceful Valley" by Brent, W1IA, respecting the comfortable elbow room among stations compared with the congested but more familiar AM corridor up the band. Receiver was a 1966 R390A, diode...
Topics: "Tranquil Valley", R390A, AM on HF, K3ZRF, W3DUQ, W3GL, WB3HUZ, N2INR, diode output, W1IA

Amplitude Modulation on HF
W2INR Valiant Back On
by VJB
movies

The Old Friends Net meets at 4pm Eastern on 3715Kc Sundays, and at 9am Eastern on Tuesdays & Thursdays.  This recording was made New Year's Day, 2023, near the end of a gathering on Sunday, monitored in Maryland on the Kiwi SDR platform of internet receiver nodes.
Topics: "Old Friends Net, " W4MEC, W4Kr, KZ4B, WF2U, K3OS, AM on HF, 3715Kc

Paul, K2ORC, demonstrates the Icom 718 at 40 watts on AM. Receiver is a WebSDR internet-based node.
Topic: K2ORC

One Ranger talks to another as N3DRX and W3DF have a QSO on 80 meters AM. The stations were received via internet SDRs, located in Washington DC and Westminster, MD.
Topics: N3DRX, W3DF, 3705 AM, Johnson Ranger

Janis, AB2RA conducts some experiments with the audio of a Yaesu FTDX101D. Monitored in Maryland on the Kiwi SDR platform. User interface shows adjustments during the tests.
Topics: AB2RA, KiwiSDR, FTDX101D, Yaesu, 40m AM, 7283Kc, KB2BRM

Amplitude Modulation on HF
W1AW on AM (promo, 2021)
by Paul Courson
movies

Promotional video for W1AW-AM, which used a vintage broadcast transmitter in a national event called the AM Rally. This video helped recognize that the ARRL* had now made a permanent place in its station for the activity and mode of Amplitude Modulation. *American Radio Relay League, a national club for federally licensed radio hobbyists
Topics: W1AW, AM, Newington, ARRL, AM Rally, promotional video, WB1GCM, Gates BC-1T. broadcast transmitter,...

Amplitude Modulation on HF
WL 7 B
by VJB
movies

Demonstration of the Flex 6400 on AM with Jon, AC1EV, 20 miles north of Boston, monitored in Maryland on the Kiwi SDR platform.
Topics: AC1EV, 3705AM, Flex 6400, synchronous detection AM, internet receiver, shortwave AM, audio...

"WFOY-AM, St Augustine, Florida, bills itself as “the oldest radio station in the nation’s oldest city.” Its call sign relates to the station’s being built at the Fountain of Youth National Archaeological Park, where artifacts traced to Spanish explorer Ponce de Leon helped date the discovery of the New World. A group of Amateur Radio operators discovered that the station would soon discontinue operations at this location, 490 years after the explorer made land- fall there, and...
Topics: amateur radio, ham radio, John R. Fraser, WD4KQX, Walter Fraser, WFOY, AM radio, St. Augustine,...

Amplitude Modulation on HF
Save That Gear
by WA3VJB
movies

One man's trash is another man's treasure. Gary, WD4NKA of Deltona Florida describes how he has been able to acquire at little to no cost some classic AM equipment he has then used on the air to communicate with other licensed radio hobbyists.  In this case, after hearing a story of a newspaper classified advertisement with a typographical error, he said he found a discarded stockpile of gear worth thousands of dollars. His telling of the story was monitored and recorded on the Kiwi SDR...
Topics: WD4NKA, National NC303, Hallicrafters HT-4, Johnson Courier, 7290 Kc, 40 meters AM, Kiwi SDR

A gathering of AMers "down low" in the 75 meter phone band enjoying a roundtable discussion of audio techniques and other matters. Quite a span of technology represented in this conversation, ranging from a 1949 Collins transmitter, to a "software defined radio" (SDR) known as the Anan 100, a Flex 1000 that is one of the first SDR transceivers produced; a late model Anan, and a present-day, current production Class D AM transmitter built and marketed by K7DYY.
Topics: W3DBB, AB3AL, K2XAM, W2GOR, WB2CAU, 3705, AM on HF, K7DYY, Super Senior, 32V1, Anan 100

Amplitude Modulation on HF
A Visit With K4KYV.mov
by N3DRB
movies

Noted AMer Don Chester, K4KYV, hosts a visit from Tim West, N3DRB, who made this video of Don, his station, and some conversation about his time in the hobby. Don is widely heard through out North America on his 1/4 wave vertical on 160 and high dipole @ 90 ft for 75 meters. His studio is a former one-room schoolhouse that was relocated from a prospective highway project to Don's property at Woodlawn, Tennessee.
Topics: K4KYV, N3DRB, Don Chester, AM, 75A4, homebrew transmitter, T368 exciter

The longrunning "What's For Dinner Net" (WFDN) is a gathering of AMers on 3733Kc in the late afternoons. Ostensibly the net was created as a parody of the self-important traffic handling nets, most of which invariably have no traffic to pass. Their group then devolves into casual conversation like any other roundtable. One presumes that by declaring themselves a "net," they feel more entitled to a given frequency. Here, 3733 was selected in honor of Rolling Rock beer, and...
Topics: K3ZRF, W2VW, W3GL, W2JTD, 3733, What's For Dinner Net, AM, 75m, WFDN

Stan, VA3XRB, 60 miles East of Toronto, conducts some early tests on Amplitude Modulation using a newly-acquired Audio Technica studio microphone. We recorded his adjustments to illustrate how he sounds. Received on an internet KiwiSDR node located in Vermont. His stated carrier power was 25 watts.
Topic: VA3XRB

Canadian radio hobbyists on AM power up on 3733Kc for an evening of pleasant conversation on shortwave.  The QSO was initiated by Donovan, VE1BDC , who sent out a "smoke signal" to others inviting them to join the party!
Topics: VE1BDC, VE1PYE, VE1ZAC, VE2KGK, VE9RC, KB1VWC, 3733Kc, AM on HF, Sanbox Net, Cololins 32V2, FRT501,...

Morning short-haul 40 meters AM.  Paul K2ORC as received in central Maryland, running 40 whatts from an Icom IC-718. We are visited by Gordon, W2GOR in New York for a few minutes. He runs an Anan SDR transceiver with external audio processing software.
Topics: K2ORC, W2GOR

Kevin, K2XAM, discusses the fascination with "antique radios" as a kid, and how he used trips to the library to expand his technical knowledge.
Topic: K2XAM

AM equipment typically consists of "big iron," like plate transformers and modulation transformers.  There has even been a "Heavy Metal Rally" that invites participation among stations involving gear that weighs at least 250 pounds, with power of at least 250 watts AM. Here, longtime AMer the TimTron, WA1HLR , describes going to Canada from his home in Maine to collect a mod transformer from a 10 kilowatt transmitter being discarded by Radio Canada at the station's...
Topics: WA1HLR, Big Iron, Modulation Transformer, Pinto Valdez

AMer W2INR reveals how he overbuilt a Collins 21E broadcast transmitter when re-configuring it as a mononbander for 75 meters. The enormous, three-cabinet transmitter took up an entire wall at his home.
Topics: Collins 21-E, W2INR, AM on 75 meters, 3885

Thomas Point Lighthouse in the Chesapeake Bay was activated in 2001 by licensed radio hobbyists for an on the air operating event called National Lighthouse Weekend. Using the special event call K3L, the station operated exclusively on AM respecting the vintage nature of the site. This photo QSL was issued to stations worked. Soon, the events of 9/11 created intense security overlays that prevented a subsequent return for a couple of years. For a while it looked as if this would be the first...
Topics: K3L, AM Expedition, Chesapeake Bay, National Lighthouse Weekend, ILLW, International Lighthouse and...

Bill checks the audio lash-up on a Johnson Valiant.  Reeception was via an internet-based receiver located near West Friendship, Maryland, about halfway between Frederick and Baltimore.
Topics: K8DBN, WX3K

AMers from around the country gather at the annual Dayton (Ohio) Hamvention.  This video includes rare aerial shots taken from a perch on top of Hara Arena, showing the size and scale of the electronic fleamarket below. The footage is now historic since the location has been razed and the hamfest relocated elsewhere.
Topics: AMers at Dayton, WB3HUZ, W3JN, Hara Arena, WA2PJP, W2XR

A short video demonstrating the initiating of a contact on shortwave AM, and generating responses among licensed radio hobbyists. Conditions were very good on 40 meters this particular day. This production includes the use of an internet-based, streaming audio receiver system to monitor air signal, via a node located in Maryland.  A portrayal of signals is part of the user interface on the KiwiSDR platform.
Topics: K1GMM, AJ4OO, KiwiSDR, WA3VJB, AM on HF, 40 meters, 40m AM, shortwave, licensed radio hobbyists,...

Another episode of the "What's For Dinner Net," a whimsical gathering of AMers on 3733Kc.
Topics: W3JN, WA3JYU, WD8BIL

A video from 2001 showcases efforts by licensed radio hobbyists to find, acquire, repair and restore retired, vintage, AM broadcast transmitters being discarded by radio stations across the country. This video was produced as part of a presention at "The AM Forum," at the 2001 Dayton Hamvention. The annual gathering drew AMers from across the country to meet & greet those we had talked with on the air, to share hamfest finds, and to discuss current regulatory and political affairs...
Topics: Dayton Hamvention, WB3HUZ, AM broadcast transmitters, vacuum tube transmitters, N2YR, KO6NM, N2INR,...