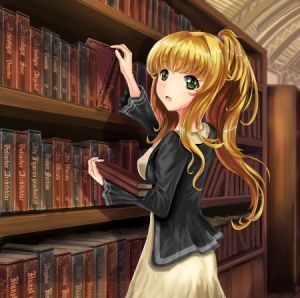 Anime (/ˈænəˌmeɪ/) (Japanese: アニメ) is a style of hand-drawn and computer animation originating in, and commonly associated with, Japan.

In this animated feature by noted Japanese director Hayao Miyazaki, 10-year-old Chihiro (Rumi Hiiragi) and her parents (Takashi Naitô, Yasuko Sawaguchi) stumble upon a seemingly abandoned amusement park. After her mother and father are turned into giant pigs, Chihiro meets the mysterious Haku (Miyu  Irino), who explains that the park is a resort for supernatural beings who need a break from their time spent in the earthly realm, and that she must work there to free herself and her parents.
favoritefavoritefavoritefavorite ( 2 reviews )
Topics: Animation, Anime, Cartoon, Studio Ghibli, Dub, 2001, Fantasy, 千と千尋の神隠し, Sen to...

DESCRIPTION
Anime (/ˈænəˌmeɪ/) (Japanese: アニメ) is a style of hand-drawn and computer animation originating in, and commonly associated with, Japan.

The word anime is the Japanese term for animation, which means all forms of animated media. Outside Japan, anime refers specifically to animation from Japan or as a Japanese-disseminated animation style often characterized by colorful graphics, vibrant characters and fantastical themes. The culturally abstract approach to the word's meaning may open up the possibility of anime produced in countries other than Japan. For simplicity, many Westerners strictly view anime as a Japanese animation product. Some scholars suggest defining anime as specifically or quintessentially Japanese may be related to a new form of Orientalism.

The earliest commercial Japanese animation dates to 1917, and Japanese anime production has since continued to increase steadily. The characteristic anime art style emerged in the 1960s with the works of Osamu Tezuka and spread internationally in the late twentieth century, developing a large domestic and international audience. Anime is distributed theatrically, by way of television broadcasts, directly to home media, and over the Internet. It is classified into numerous genres targeting diverse broad and niche audiences.

Anime is a diverse art form with distinctive production methods and techniques that have been adapted over time in response to emergent technologies. It consists of an ideal story-telling mechanism, combining graphic art, characterization, cinematography, and other forms of imaginative and individualistic techniques. The production of anime focuses less on the animation of movement and more on the realism of settings as well as the use of camera effects, including panning, zooming, and angle shots. Being hand-drawn, anime is separated from reality by a crucial gap of fiction that provides an ideal path for escapism that audiences can immerse themselves into with relative ease. Diverse art styles are used and character proportions and features can be quite varied, including characteristically large emotive or realistically sized eyes.

The anime industry consists of over 430 production studios, including major names like Studio Ghibli, Gainax, and Toei Animation. Despite comprising only a fraction of Japan's domestic film market, anime makes up a majority of Japanese DVD sales. It has also seen international success after the rise of English-dubbed programming. This rise in international popularity has resulted in non-Japanese productions using the anime art style. Whether these works are anime-influenced animation or proper anime is a subject for debate amongst fans.
ACTIVITY