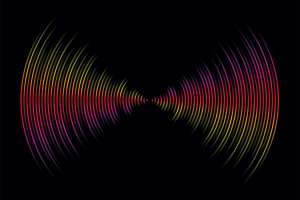 Recordings and recreations of sound effects, used in other productions or meant to be enjoyed on their own.

Hanna-Barbera Lost Treasures Sound Effects is a CD of great royalty free sound effects from the classic cartoons and superheroes of the 60s and the 70s. This collection of over 350 priceless cartoon sounds, many of which have not been heard or used in more than twenty-five years, have been digitally re-mastered to create the newest addition to the Hanna-Barbera Sound FX Library. Just like the rest of the collection, many of these timeless sound effects have been produced by legends in the...
favoritefavoritefavoritefavoritefavorite ( 2 reviews )
Topic: Sound Ideas Hanna Barbera Cartoon Sound FX Library Lost Treasures hannabarbera soundideas

A Collection of Sound Effects that were created in a "foley" style. Mostly random.
Topics: sound effects, foley

Wilhelm Scream its an Sound Effects for Hollywood Lost and Found
Topic: Hollywood

Folksoundomy: Sound Effects and Recorded Ambience
INSIDE TRAIN SOUND EFFECTS
by free to us sounds
audio

In this video, I have seven different sound effects that I recorded on the train ride to and from Stuttgart. The first and the second Sound Effect in the Video is recorded with the Roland Binaural Microphones and the Zoom H6. All the other Sounds are only recorded with the Zoom H6 Every Sequenz explains on the video or on the picture what you will hear!  The first sound is when the train starts to drive and the second one is while driving.  And these are the only two videos. The other parts...
Topics: train, train sound, inside train sound, engine noise, engine sound, train sound effects, metal...

This is a collection of new music and sound effects I have been working on. Thank you to Brad "Reverend Dirk McNasty" Williams for his slap bass guitar lessons and inspiring me to write "Ced eb vin Alps Din"(from "Advanced Slap in B"). Brad wrote many of the bass parts to this song and I transcribed them in Guitar Pro 5. From there, I wrote new melodies and created a new arrangement. Thank you Reverend McNasty. https://www.youtube.com/user/revdirkmcnasty. Thank you...
Topics: Music, Sound Effects

Three files are offered: A slowed down clock, the same but with wind and sea-organ from Zadar panned left and right, and the slowed clock with birds in a forest.
Topics: Soundeffects, Collage, minimal

DESCRIPTION
Recordings and recreations of sound effects, used in other productions or meant to be enjoyed on their own.
ACTIVITY