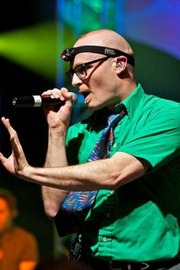 Talks, Presentations, Events and Shows related to Games and Gamers, pulled from a variety of sources and covering all aspects of those shows.
More...

On this special edition podcast we present the audio from the PAX East Panel: Foreplay, Romance in Games with our very own, Hilary . This awesome panel was moderated by Sean Baptiste from Fire Hose Games , featuring Aenne and Melissa from Reset Transmission and our pals, Miellyn and Lacy Wilson from Tin Man Games . Oh, and Raphael Sbarge was kind enough to make a surprise appearance on the panel, enjoy! Whatever happened to foreplay? People tend to talk ( and program ) a lot about sex in...
Topics: pax, convention, conventions, panel, roleplay, podcast, video games, romance, rated na

Game and Video Game Conferences
PAX Prime 2015 - Origin Stories: The Crazy Ways We Got into Gaming
by Nerd Appropriate
audio

Panel Description: The hit video game podcast, DLC, on the 5by5 Network - the show named one of Entertainment Weekly's "20 Podcasts You Need to Hear in 2015" - arrives at PAX for its very first live show! Hosts Jeff Cannata (We Have Concerns, /Filmcast, Totally Rad Show) and Christian Spicer (What's New, A Moment in Time) bring their special brand of gaming analysis, the segments you know and love, (like Story of the Week, The Playlist, and Tabletop Time), and some surprise guests to...
Topics: pax, convention, conventions, panel, podcast, dlc, video games, recap

The gang returns from PAX East 2013 with tales of gaming, friendship, and pax pox. In Hilary’s absence, an attempt at a gentleman podcast is made. We talk about our favorite games, from AAA to indie, from tabletop to mobile. Finally, you share your favorite, recent con memories with us in our NAQOTW.
Topics: pax, convention, conventions, podcast, recap, rated na

Welcome to listeners, both new and loyal. The gang gets back together after a busy PAX Prime to talk Dragon Age Inquisition, new movies set in the Potter universe, Legend of Dungeon, and Europa Report. We play a couple of games based around Fall TV and fantasy football. We also talk about the news you are most excite for in DAI in our NAQOTW. Nug love!
Topics: pax, convention, conventions, podcast, recap, rated na

Matt and Ash bring you the daily updates from PAX as well as interviews with Kerbal Space Program, Klei Entertainment’s Incognita, Ralph Ineson from ACIV, Jazzpunk, Robot Loves Kitty’s Legend of Dungeon, and Casey Lynch from Midnight City. It is packed full of goodness so we hope you enjoy. Also a quick apology for some of the sound, most of the interviews were done sort of gorilla style on the showroom floor and we did our best to limit noise. Thanks for listening!
Topics: pax, convention, conventions, podcast, recap, rated na

We’re back from PAX and have thus far avoided “the pox”. In this special episode we have a slew of reviews, previews, and tales of wonder and adventure from Boston.
Topics: pax, convention, conventions, podcast, rated na, recap

For almost 10-years, Major Nelson radio has been part of PAX Prime. And this year is no different. Join Larry Hryb, Xbox LIVE’s Major Nelson, e, lollip0p, and JEF United as we record an episode of the award winning officially unofficial Xbox centric podcast “Major Nelson Radio” LIVE in front of a you, our studio audience. Come be a part of the longest running PAX Prime Podcast. It will be an hour of awkward audience participation, Xbox prizes, guests, and maybe some fun. Maybe. Note: Due...
Topics: pax, convention, conventions, panel, podcast, major nelson, xbox

Today we learn that we have no idea how to talk but we do anyways. We discuss Star Wars Blu-ray “improvements”, Team Bondi breakup, and follow up on PAX. We continue our discussion about Deus Ex, talk about Assassin’s Creed multiplayer beta, Ash’s acting debut in Homecoming, and the beginning of the DC 52. Then we take your twitter questions on what franchises deserve a comeback.
Topics: pax, convention, conventions, podcast, recap, rated na

There is a Press Event the day before the game fair opens to the public. Publishers large & small display their games to an eager crowd of journalists. Over 800 new games made their debut at Essen. Of course, no one can see them all! Here's a small sample of the hundreds of games released this year.
Topics: The Spiel, Essen, board games, press event

What happens when you gather a number of over-the-top independent developer personalities in one spot and ask what's wrong with the current state of the industry?  We're about to find out.  Watch with mouth agape as eight highly regarded indies step on stage with nothing but a microphone and a conviction.  Things will get ugly.  Words will be had.  Things will be said that cannot be unsaid.  Get ready for the rants. Panelists: Alex Schwartz [Responsible for Smuggle/snuggle Truck, Owlchemy...
Topics: pax, convention, conventions, panel, indie, video games, game development, short form, game design,...

The show that originated at the UCB Theatre returns to PAX Prime! 404ing It: Breaking (Down) the Internet is a comedy show that features a panel of experts who break down the best the Internet has to offer: Funny photos! Amazing videos! Memes! The Internet can be an awful place, but we find the good stuff! It's everything you love about the Internet with none of the jerky YouTube comments. Panelists: Drew Scanlon [Producer, Website ], Eric Pope [Senior Community Developer, Twitter ], Mary Kish...
Topics: pax, convention, conventions, panel, 404ing it, mems, youtube, comedy

Be a part of deep cable history and join X-Play as we tape a brand new episode in front of a LIVE audience. Spanning 13 years, 3 name changes, and over 1,300 episodes X-Play has persevered as the most watched videogame show on television—and a HUGE reason is the fans. Join hosts Adam Sessler, Morgan Webb, Blair Herter, and Kristin Adams as they take questions from the audience, give away free stuff, and welcome special surprise guests (HINT: Big game developers).  So come be part of the...
Topics: pax, convention, conventions, panel, x-play, g4, video games, tv taping

Wing Commander. Freelancer. Star Citizen. Chris Roberts is no stranger to the infinite blackness of space. But what is it that keeps drawing Roberts back? What is it like working with Mark Hamill to shoot full-motion video cutscenes? And just how did Star Citizen make $50 million without even being released? Find out as we join the veteran game designer to look to the stars. Moderator: Daniel Hindes [Game Designer, Twitter ] Panelists: Chris Roberts [Game Designer, Website ], Nathan Cocks [UX...
Topics: pax, convention, conventions, panel, ama, star citizen, trailers, demo, wing commander

You are about to witness the greatest performance of the band that uses MegaMan as the topic of a rock opera known to exist, that does not include The Protomen. Jamspace exclusive from PAX East 2012.
Topics: pax, convention, conventions, magfest, jamspace, comedy, parody, the protomen, the protomans

Join Pete Hines, the Vice President of PR & Marketing at Bethesda Softworks, as he talks about his 15 years working on franchises such as The Elder Scrolls, Fallout and Wolfenstein. He's done everything from writing manuals to playtesting games to serving as the company's chief spokesman, and he's sure to have some unique stories to tell! Panelist: Pete "Uncle Pete" Hines [Senior Vice President of Global Marketing & Communications, Twitter ]
Topics: pax, convention, conventions, panel, keynote, story time, pete hines, bethesda, marketing, video...

A discussion on how video games are becoming a more accepted part of society, like movies and books, and a few other things. One of my favorite panels of the weekend.
Topics: magfest, convention, conventions, panel, educational, history, game design

Whatever happened to foreplay? People tend to talk (and program) a lot about sex in games and forget all about the delicious build up. But with growing female and non-traditional male consumer bases, game developers are starting to reach beyond the adolescent male fantasy. You can get hitched in Skyrim, have a steamy bath with your lady in Witcher 2, and woo a whole lot of different people in Mass Effect… and that’s just the tip of the iceberg. Moderated by Fire Hose Games and When I Grow...
Topics: pax, convention, conventions, panel, ama, romance, writing, narrative, video games

Panel Description: As the new console generation hits its stride, sports games find themselves at a crossroads - revenue-driven modes like Ultimate Team are tempting for publishers to exploit at the expense of developing the "traditional" ways to enjoy these games. Many longtime fans feel as if they are being left behind for the "new wave" of card-collecting, wallet-tempting online fantasy modes. What does the future really hold? Will consumers have to pay even more? Or,...
Topics: pax, convention, convnentions, panel, podcast, sports, video games, game design

Peggle 2! We played it and it is pretty great, especially if you liked Peggle. If you hated Peggle, then one, you're a monster, and two, WHAT IS WRONG WITH YOU? Who doesn't like Peggle? Come on! The winners of this round ...ENTER THE THUNDERDOME. Competitors: Nantucket, Lieutenant Hummus, Frack Truck, Zedzool
Topics: pax, convention, conventions, omegathon, video games, compeitition, the wizard, peggle 2

Greg Miller hosts Jean-Francois Dugas, Jonathan Jacques-Belletete and Elias Toufexis, respectively Executive Game Director, Executive Art Director and the actor for Adam Jensen on Deus Ex: Mankind Divided. They will provide insight on what it takes to fully realize a character such as Adam Jensen, an augmented covert agent, on the new generation of consoles and PC. While Elias will share his thoughts on doing mocap and recording dialogues, our developers will dive into his story and design, as...
Topics: pax, convention, conventions, panel, trailer, dues ex, game development

D&D is a great way to get into tabletop role playing games, and for most of us, it was our first foray into that world. As classic and dear to us as it is, however, it has certain limitations. If all you have is a hammer, then suddenly everything starts to look like a nail. Role playing systems are no different. The system that handles a raucous dungeon crawl is probably not well tuned for a cyberpunk procedural or modern romantic comedy. Burning Wheel, Dogs in the Vineyard, Inspectres,...
Topics: pax, convention, conventions, geeknights, Dungeons and Dragons, tabletop rpgs, indie

Three days of Penny Arcade Expo, PAX Australia 2013, in three minutes. 8-bit music video style. This one's just for me really, I don't even care if you like it ;P - it just always helps me de-stress doing this kind of vid... and makes a nice little memory cache for my time at the expo :) Music: "Eight Bit Hollow Night " by Teknoaxe
Topics: pax, convention, conventions, montage, vlog, music video, expo floor

AEG's Todd Rowland gives us the scoop on Guildhall, a set collecting game about medieval professions. We also discuss the Tempest series of board games - each game is a stand alone title but it is also part of a shared world and narrative that will evolve over time with each new title and designer.
Topics: The Spiel, Essen, board games, AEG, Guildhall, Tempest

We conclude our Essen coverage with some promos and outtakes.
Topics: The Spiel, Essen, board games

From Rhino poop to the streets of ancient Rome, Alfredo Berni gives us a tour of eight games from Zoch enjoyable by a wide range of players young and old. Titles include: Das Is Der Wurm Drin, Fuchs und Fertig, Kalimambo, Schnapp's, Wollmilchsau, Tante Trudel'ss Trodel, Avanti, and Aquileia
Topics: The Spiel, Essen, board games

DESCRIPTION
Talks, Presentations, Events and Shows related to Games and Gamers, pulled from a variety of sources and covering all aspects of those shows.
ACTIVITY

Summary
Talks, Presentations, Events and Shows related to Games and Gamers, pulled from a variety of sources and covering all aspects of those shows.