Notes:
- The beginning of Doin That Rag is cut - no vocals are missing.
- Lovelight has a cut near the end at 15:54.
- The Eleven cuts off at 7:04.
- The first half of Death Don't is missing - it cuts in during Jerry's solo.
- Caution has a cut at 7:43.
- The track marker at the start of The Eleven was adjusted.
- TIFTOO and Gator Jam>AWBYG each came as one long track and were retracked with CDWave.
- A few small clicks were removed with Cool Edit 2000.

Reviewer: cshum372 - favoritefavoritefavoritefavoritefavorite - July 11, 2019
Subject: Quitessential Primal Dead
These Philadelphia shows from 69 represent a band that is just boiling with creative potential- in hindsight we see that they are entering their most creative period and will define their sound and ethos for generations to come- but here we hear a young band whose not afraid to make mistakes, the accumulation of the psychedelic mindset that would define them.

The first set is very standard for the period, with better versions of most of the songs ( I think) being performed the previous night. Jerry shows us a sign of what's to come in a monster second set in Morning Dew, the end of the song is a beautifully creative solo.

The start of the 2nd set starts with some cosmic folk music- in Dupree’s and Mountains.. This new material formed the orign of what would become the Dead’s Americana content, and the short acoustic set is wonderfully played- especially Mountains..

Talk about how one song is vastly different from night to night- Darkstar lyrics start at 4 minutes- last night 17 minutes – This one soars- at 22 minutes, great organ playing- The band is playful throughout – beautiful rhythmic conversation between guitars and Phil around the 10 minute mark.

The Eleven is transcendant before unfortunately cutting out- This is some of Jerry’s finest playing- completely free, exuberant, joyous even, and even though he’s coloring outside of the lines, what he paints is bright enough to blur those lines.

The 12 minutes of Alligator after drums might be the best part of a really strong 2nd set, everything is firing on all cylnders, and you can catch a glimpse into just how magic this band was in 1969, and with hindsight can see direct lines in how great they would be. This jam also contains a look at at what would later become the reprise to Going Down the Road feeling bad-

According to Dennis McNally's book, "a note on one of the tape boxes told of musicians having a creatively good time: "Show actually ended 5:38 A.M."

i feel this is one of those ragged-but-right shows, teetering on the edge of disaster then recovering balance again for a moment (e.g. the opening Rag).

fortunately, the set ending Alligator>Caution is easily among the greatest of all time, with a really inventive 'big you goodnight' section and face-melting riffs during the caution. TIFTOO and Lovelight are also standouts, but with so much of The Eleven and Death Don't missing, i just can't give this 5 stars...
Reviewer: gmarks - favoritefavoritefavoritefavoritefavorite - March 4, 2010
Subject: jer's show
Wow! just listened to the whole thing and had to see what everyone else wrote - not reviewed since 06? Wow - Jer is so strong on this, confident, upfront, healthy! And to make this such a strong show are the contributions from pig and the rest. Listen to the whole thing and i'm sure you'll be very pleased. peace.
Reviewer: direwolf600 - favoritefavoritefavorite - October 26, 2006
Subject: Primal Goodies
Off we go...weeee. I love Doin that Rag and it's such a fun way to open. I can just imagine the band taking the stage, putzin around for abit and then the opening riff. Nice.. Jerry's voice is primed for this night, he sounds in beautiful late 60s form. Cryptical is very nicely done, and it flows smoothly into a dark sounding other one for the period. This TOO is very solid, darker than others from the period, but the movement it makes in heading back to cryptical is stellar.
The morning dew here is very unique, def a transitional version for them. Regardless, it is damn powerful. The lovelight is awesome..it would be a top version were it not for a significant cut around the 16th minute that clearly leaves us short a big build up jam to the end.

Duprees is nicely done, Jerry's voice is just right..and as should be, Mountains benefits a great deal from this, he nails it. Beautiful rendition. Very nice movement from Jerry to the electric coming out of Mountains. And it moves to.....Dark Star, horay! This Dark Star is good. Not great, but a very solid period piece. Meandering isn't the right word, but it borders on that. There were some tuning issues in the middle of it which likely contributed to the stalled search. Very introspective. This show has dark undertones throughout most of it and the Dark Star is no exception. The band is really taking part in the wave of energy on this night. Nice run through of St. Stephen, but man is it inconsequential by the 5th minute of this Eleven..this one oozes yummy....that is until it cuts to the middle of Death Don't. Man this one hurts..it's a lot of time cut, and shit does it hurt.

The Alligator>Drums>Alligator>Caution segment is fantastic. The second alligator has some very imaginative jamming in it and the Caution is blistering. Jerry is really smoking by the middle of it..the caution itself takes a few short turns which add some thickness to the version as a whole, getting some nice departure from the song structure. This segment including the feedback and WBYG is just one step short of being all time epic..all the same it is a wild listen and should be heard.

Overall, the show is great, but the cuts are costly in both cases.

I just wish the later years' versions had that kind of energy!

This is just Jerry ripping it up for an entire show. If you started listening to the band during the 80's you never heard it like this.

I'm glad The Dead now are dusting off these old classic songs that haven't seen the light of day for 30 years like Cryptical Envelopment, New Potato Caboose and Mountains of the Moon that I never heard the Grateful Dead play in concert (I went to my first show in '73 and used to wish in vain to hear them.)

Its INCREADBLE ---- Very Good
Reviewer: NoyoWharfRat - favoritefavoritefavoritefavorite - June 10, 2006
Subject: Wanna be's
Come on, Spelunki, 'fess up. You weren't even born yet when this was recorded, were you? Please take this a a good natured poke in the ribs. It just cracks me up when I read stuff like what you wrote. Just sit back and thank your lucky stars that there were a bunch of old codgers around gettin' it all on tape for ya'... 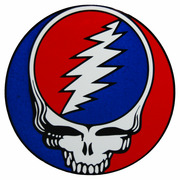 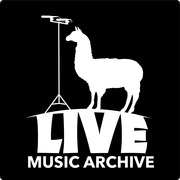