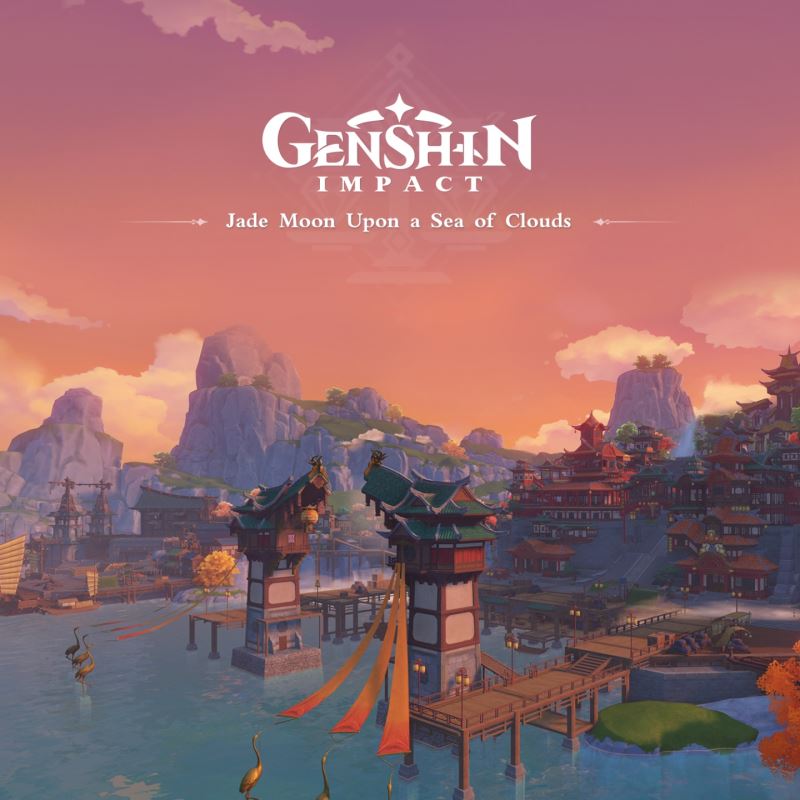 Genshin Impact's Liyue Chapter OST — "Jade Moon Upon a Sea of Clouds" is out now.

The album's three discs "Glazed Moon Over the Tides", "Shimmering Sea of Clouds and Moonlight", and "Battles of Liyue" contain 69 songs composed by Yu-Peng Chen of the HOYO-MiX team for the Liyue region of Genshin Impact.