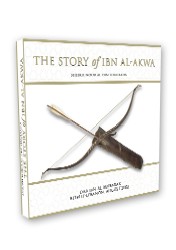 This book was considered the best book on Jihad by the late Shaykh
Abdullah Azzam. It was written by Ahmad Ibrahim Muhammad al Dimashqi
(died 814 hijri) – commonly known as Imam Ibn Nuhaas. He was a scholar
and Mujahid and was martyred fighting the Roman army in the year 814
Hijri in Egypt. This translation is based on an abridged version of the
book done by Salah al Khalidi, professor of Tafsir at the Jordanian
University. The original included some weak narrations, stories and
dreams without chains of narrations and these were omitted. It also
included sections that might be irrelevant to the modern reader and
these were omitted too. Originally this translation was no more than
personal notes for me to use on a series I have done on the book. Then
some brothers, may Allah reward them, worked with the notes to turn them
into a full translation of the book.

The great scholar Ibn Hajar al-Asqalaani,
author of Fath al-Bari (commentary on Bukhari) wrote that Ibn Nuhaas
was, “inseparable from Jihaad in the front line of Dumyat, and this is a
perfect and exceellent quality.” Al-Sakhawi writes, ‘He was eager to do
good, preferred living in obscurity, showed no arrogance or pride due
to his knowledge, whoever would see him would think he is a commoner – a
handsome man, with a beautiful beard, short and medium built. Spent a
lot of his life stationed in Jihad until he died as a Shaheed.’

Uploaded by The Awakening Light on August 15, 2019