This is the U.S. Army Air Service 103rd Aero Squadron daily log that was recorded in France during World War I. The original handwritten logbook is currently held by the SDASM Archives.

The 103rd was a pursuit (fighter) squadron that operated in France during World War I from February 18, 1918, until after the November 11, 1918, Armistice. It was the first American operational pursuit squadron in the war, as well as the longest serving.

This logbook is an official handwritten record of the day-to-day activities in the 103rd Aero Squadron from its inception until more than four months after the Armistice. Though most entries are of a routine nature, it is a valuable historical resource for researchers, especially when used in conjunction with its companion volume, the official operational logbook, also held by the SDASM Archives. 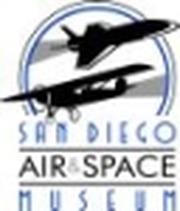