The Way of the Saints -- Path of the Masters: The Maharshi Mehi Sant Mat Satsang Series, Part 1

The Way of the Saints -- Path of the Masters: The Maharshi Mehi Sant Mat Satsang Series, Part 1

In the category of Sant Mat spirituality some might be familiar with the Radhasoami tradition, perhaps paths associated with Hazur Baba Sawan Singh or Kirpal Singh, but there is also the satsang of Maharshi Mehi based in Kuppaghat, Bhagalpur, Bihar, and elsewhere in northern India & Nepal. Today an introduction to the Sant Tulsi Sahib branch of Santmat associated with Maharshi Mehi Paramhans. You'll also hear selections from the mystic poetry and hymns composed by Maharshi Mehi known as the Padavali.
Spiritual Awakening Radio (and Sant Mat Satsang Podcasts), with James Bean, heard on various community, public radio stations and the web, explores the world of spirituality, comparative religion, world scriptures and other books, East and West, God, meditation, out of body or near death experiences (inner space), the vegan diet and other ahimsa ethics -- education for a more peaceful planet. 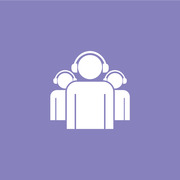