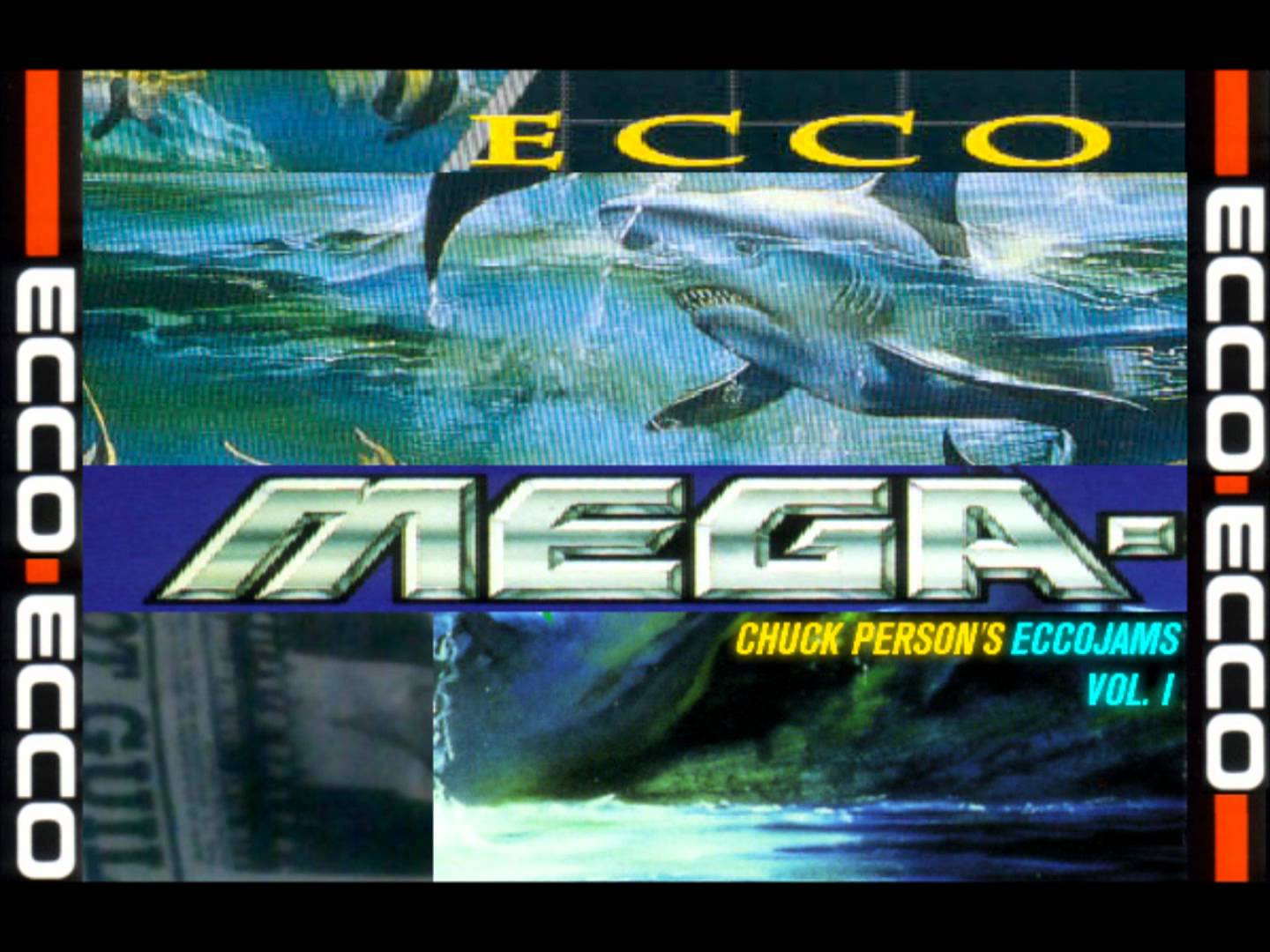 Chuck Person's Eccojams Vol. 1 is an album by American electronic musician Daniel Lopatin, released under the one-time pseudonym Chuck Person. It was released on August 8, 2010 via The Curatorial Club as a limited edition cassette. The album is often credited with pioneering the musical genre and aesthetic style known as vaporwave.

Eccojams Vol. 1 consists of what Lopatin calls "echo jams": looped audio pieces which typically sample micro-excerpts of 80's pop songs or other forms of popular music and "slow them down narcotically" with effects such as echo and pitch shifting added in a manner reminiscent of chopped and screwed styles.The album samples tracks from pop acts such as Fleetwood Mac, Toto, Heart, and Chris de Burgh.Its artwork draws on crude computer imagery that resembles the 1992 video game Ecco the Dolphin.

The tracks A2, B4, and A4, titled "angel," "nobody here," and "demerol" respectively, had previously been released on Lopatin's YouTube account sunsetcorp.When asked about the possibility of an accompanying Volume 2 seeing release, Lopatin alluded to having "multiple volumes of eccojams in the cryotank set to defrost in the distant future."Several tracks on the album were utilized in Lopatin's audio-visual project Memory Vague (2009).

Eccojams Vol. 1 was released as a limited edition a cassette in 2010. Tiny Mix Tapes described the release as "plundering the depths of pop music and uncovering short musical segments or particularly existential lyrical moments" to create "a simple yet wholly ecstatic listening experience."[9] Critic Simon Reynolds characterized it in 2011 as "relat[ing] to cultural memory and the buried utopianism within capitalist commodities, especially those related to consumer technology in the computing and audio/video entertainment area". Though Lopatin would soon turn to other projects, the album would inspire a number of middle-class teens and young adults, who used Ecco Jams as a starting point for what would become the Internet-birthed vaporwave genre. In 2016, Eccojams Vol. 1 was described as a "seminal release" by Tiny Mix Tapes, who noted that original copies of the album sell on Discogs for a median cost of $250.

Chuck Person's Eccojams Vol. 1 first emerged on the internet as a cassette rip that was later considered obsolete due to speed differences in the cassette's playback. In 2014, a last.fm user named r8x0 remade the album, subtitled the "Astride Edition," based on officially published material and "painstakingly reconstructed [select tracks] from lossless sources, using the original versions as reference perfectly synchronized." Lopatin then released an official remaster for digital download in 2016.