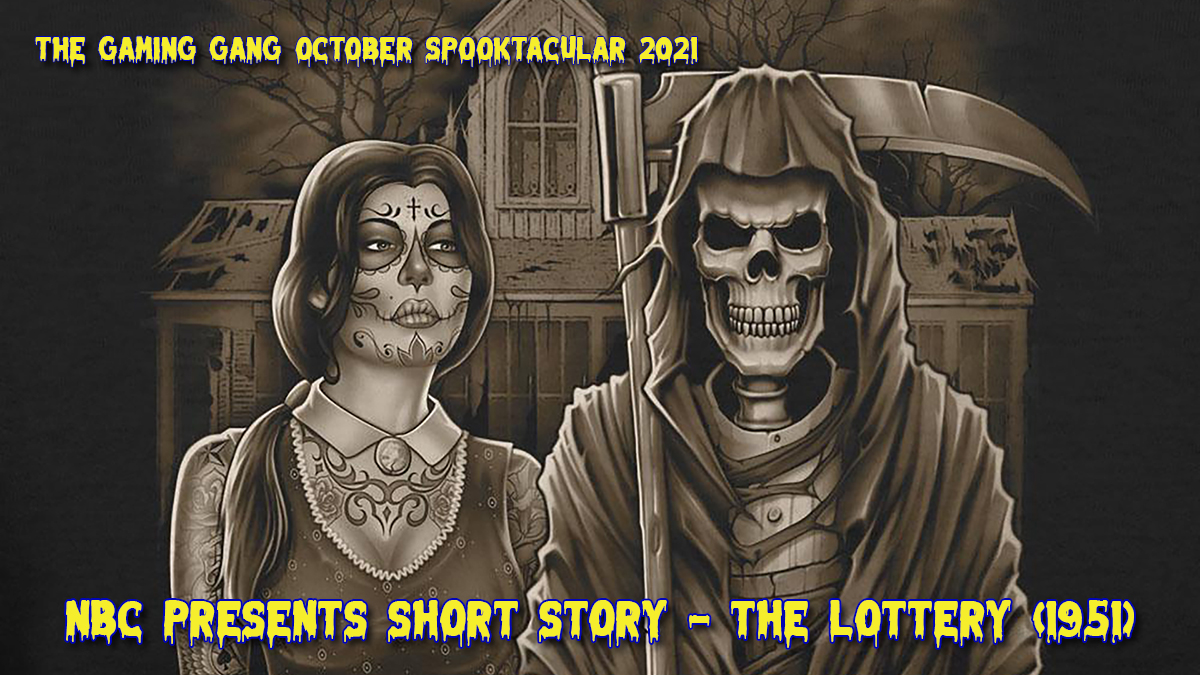 An interesting radio program, which ran for a short period of time, was NBC Presents Short Story. The series featured short stories from a who's who of American authors including William Faulkner, F. Scott Fitzgerald, and Shirley Jackson. While the stories were excellently produced, and the show was relatively popular, the series only ran from February of 1951 to May 1952.

Many horror writers have claimed H.P. Lovecraft as a major inspiration but Shirley Jackson is normally mentioned in the same breath. Jackson also penned what is possibly the most famous of all American short stories, The Lottery. The tale is a true slow burn with a twist many readers never saw coming.

Here's The Lottery as it aired on NBC Presents Short Story March 14th, 1951.

Turn out the lights and give a listen.

Uploaded by Jeff McAleer @ The Gaming Gang on October 6, 2021