There exists a Bifurcation Algorithm that models the distances in A.U. from the Sun to the planets in the Solar System.  This algorithm has taken on a new and modern interpretation based on research by De Haar, Weizsacker and Bruskiewich.

This paper outlines a way to determine A in the Bifurcation Algorithm and a suggested distance, as well as a cause for, the Kuiper Cliff at around 51 A.U.

The distances expressed by A in the Bifurcation Algorithm are the position for planetary forming turbulence in the flow of dense proto-planetary material.  There appears to be several regions for segmented turbulent flow and distinct A values..

Using fundamental ideas from fluid dynamics an expression is presented to estimate the A1 value in the Bifurcation Algorithm used to model the position of Venus, Earth, Mars and Ceres.

The two variables appearing in the expression for A1 is the radius of the Sun and the Reynold’s Number for the onset of turbulent flow (estimated at 3,500).   This expression predicts an A1 value of 0.465 A.U.

The Bifurcation model predicts an outer edge to the Kuiper Belt, also known as the Kuiper Cliff, at a distance of 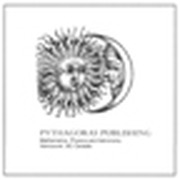 Uploaded by Patrick_Bruskiewich on September 2, 2020